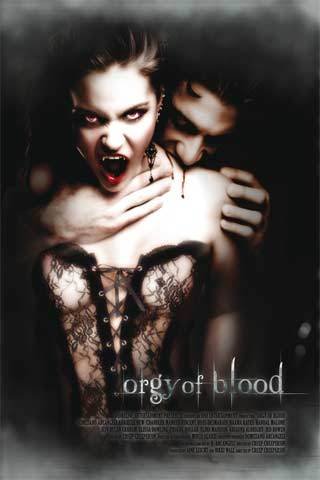 Fosco (Domiziano Arcangeli who also wrote this) is the 300 year old head of a family of vampires who reside in a large mansion, and who partake in a never ending orgy, all in a bid to 'feel alive'. At a nightclub Fosco becomes captivated by Fauna (Naama Kates) and so invites her to his mansion, which she agrees to, bringing along her boyfriend Micah (Vincent Hoss-Desmarais) in the process. All is not well in the household, Fosco feels something essential is missing from his life, while his wife Sabina (Lorielle New) plots with their son Dimitri (Greg Maness) to take over control of the family. 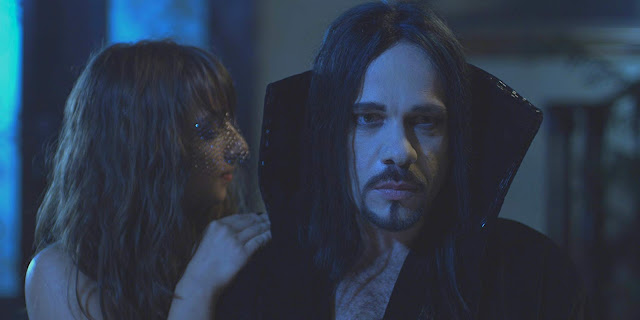 With the most obvious aspect of the film out the way it is onto the story itself. Often characters spoke quite softly and so maybe I missed key points, but I often felt I was having to piece together what was going on rather than being told. There is a subplot going on about some sort of adjudicators named 'the unseen' (or something similar) who punish people who break the vampire rules. Then there is the love story between Fosco and Fauna that I couldn't really follow that well. Elsewhere there is another subplot about two women who sneak into the mansion and end up victims of the head butler (my favourite role, Randal Malone puts a lot of over the top energetic campy acting here that made him feel like he had stepped out of The Rocky Horror Picture Show). While this was all somewhat confusing and hard to follow I did appreciate how this mansion felt like its own surreal little kingdom, and that it was an either acclimatise or become the victim type situation. 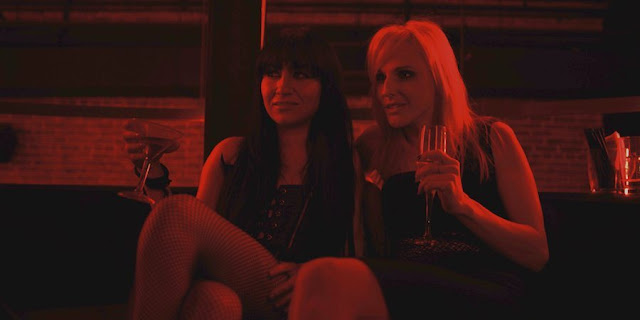 I actually did like how head vampire Fosco was portrayed, even if he did remind me a lot of Vladislav from comedy horror What We Do in the Shadows. He had the whole 'tortured soul' part down well, and when he was dressed he looked the part with his huge collar. While I often struggled to make out what he was saying, that way of talking did fit the character, who was a bit of a wet blanket. While initially I did fear this was just soft porn wrapped up in a horror tinged bow there were enough moments that worked later on. From characters getting their necks bit open, to severed limbs, and showers of blood there was enough here to satisfy that part. The vampires themselves don't have fangs (except maybe one scene), and are able to control their victims with mind powers, but mostly they just lay around. I never really felt any threat for Fauna, though saying that there are two scenes of rape featuring here which were not nice. The more bizarre horror comes from the many dream sequences she finds herself in, the most weird being when someone climbs their way out the backside of a naked lady!