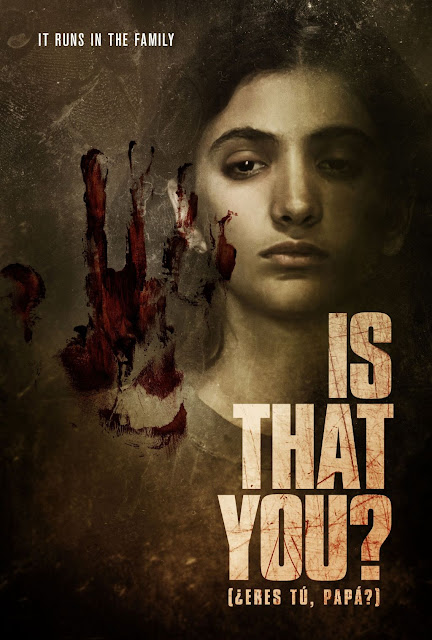 Is That You? (original title ¿Eres tú Papá?) is touted as being the first psychological horror film to ever be made in Cuba. It is the debut feature from award-winning filmmaker Rudy Riverón Sánchez, who also wrote this. This is in Spanish with English subtitles, a fact I did not mind at all due to there seeming to be no issues with the translation.

13 year old Lili (Gabriela Ramos) lives with her mum (Alina, played by Lynn Cruz), and her father Eduardo (Osvaldo Doimeadiós) at a shack in the Cuban countryside. It is not a happy life, mainly due to the abuse by the controlling Eduardo who keeps his wife a prisoner in their home, and who beats both her, and on occasion Lili. One day Eduardo goes missing, but instead of this being a good thing for the family, Lili becomes distraught, and in her grief gets taught a ritual that is said to be able to bring him back to her... 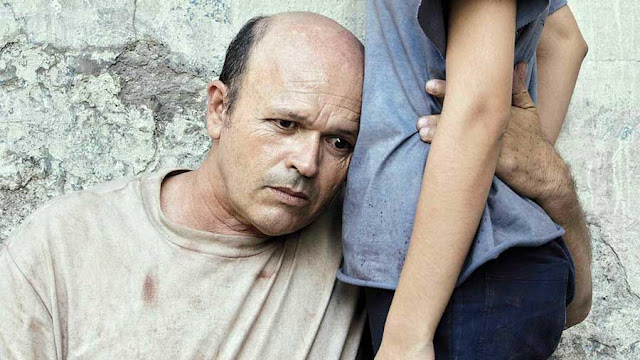 I like to think I have a good attention span, yet even for me this was a very slow movie. The miserable atmosphere of the family home benefits from this dragging out, like the dilapidated surroundings you come to feel unclean, with a brooding feeling that nothing good is going to happen here. At times this becomes quite nasty, and does certainly live up to the psychological horror tag it has given itself. Obviously there is a story going on here, it's just that nothing really happens with this, more a study of abuse and how it affects those enduring it. On the one hand you have Alina, she is broken by Eduardo and long since past the point of trying to stop it, instead meekly doing everything he asks. Due to her love of Lili she is unable to take the steps to get away from this man. Then there is Lili herself who due to her young age, and the influence of her dad almost idolises him. In her eyes she wants to not only make him proud of her, but she also will do anything to keep the family together.

Because of Lili's twisted perception of reality she is a protagonist who it was hard to like. It is easy to be sympathetic to her, and even to understand why she is acting the way she is, but it also makes for someone whose actions are not very good ones. Her descent into a kind of madness after her father vanishes is at times suggestive, the power of belief in the ritual she performs leads to moments that nearly felt supernatural, yet this is grounded by the actions of those around her, both her mother, and the groundskeeper Carlos (Jorge Enrique Caballero). This is one of those films where it can left to the viewer to really make up in their mind the cause of everything. All the characters here (of which there are only five) are intensely unhappy and miserable people, I could almost feel the joy being sucked out of me watching this. I appreciated the tone Is That You? created, but you have to be in the right frame of mind for something this dark and uneventful. This is well filmed throughout with a few moments of striking cinematography, and the soundtrack occasionally really works well with the visuals on screen. It also ends on a high with a great ending shot.

Is That You? is an exhausting film that never tries to appeal to the audience, it has a set path for the bleak tale of the effects of abuse, and heads there via tiring, dusty shots, and a drawn out feel of an inescapable situation. I appreciate how much work has gone into making this, and the acting can't be faulted, yet I wish there had been slightly more going on. Is That You? opened in Los Angeles on August 2nd, it comes to DVD and VOD on August 13th thanks to Breaking Glass Pictures.

Posted by Daniel Simmonds at 10:07