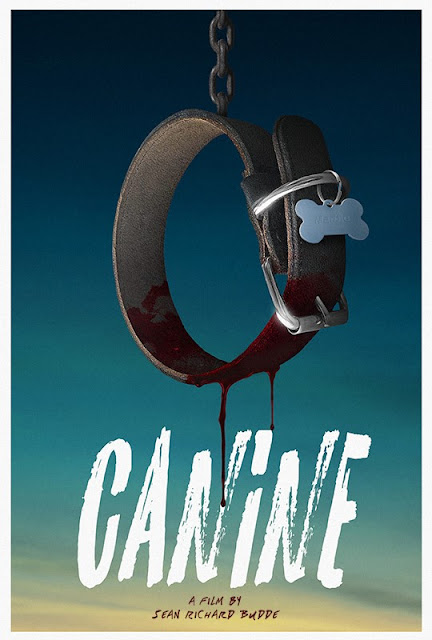 Canine, directed and written by Sean Richard Budde (Machine Baby) is a micro short that clocks in at just under five minutes in length. Despite this it manages to cover a lot of ground with a lot of different things going on. It was nominated for both 'Best Midnight Short' and 'Best Recurring Nightmare' at the 2018 Nightmares Film Festival.

Ira Amyx (Shameless) stars as Earl; a man in the desperate search for his missing dog. As he runs around the streets some good samaritans offer to give him a lift, which may turn out to be quite the mistake...

Despite the short run time Canine felt almost like two interconnected shorts. The first two minutes perhaps my favourite, Earl running through the dark streets as urgent synth based hammering music plays was quite involving. Then the moment when the shift happens and you realise something different is going on...was just so well done. The second part is almost the polar opposite, taking place in daylight in a fixed location. It was here when I started to become a little lost as to what was really going on. Even at one point I thought maybe the dog itself was able to brainwash people, but it comes to be that while the short is titled Canine, and does feature a dog as the focal point of every event occurring this is all a red herring as to the true force here. I never really understood the motivations of this central force though and so felt a little bit confused.

While the story itself wasn't as satisfying as I had hoped there are some really nice moments here. Amyx was a great choice for the main lead and had some nice facial expressions. The cinematography, editing and directing were all lovely to see, especially liked a scene that involved a leash. The seemingly random actions of Earl were a bit abrasive, but the surreal nature was a bit enticing. Canine is currently available to watch on Bloody Disgusting's World of Death - June 2019, which I shall include below.