I almost missed seeing Shed. Thankfully I did eventually notice it sitting at the bottom of my white board 'to watch' list, and I say thankfully because this is a damn good movie. This is an indie film and it really does show, but rather than be a hindrance, director (as well as writer, editor, cinematographer, cameraman and producer) David Axe leans into it with something that felt like a legitimate throwback to eighties horrors.

Middle aged 'crazy' Mike (Mike Amason) holds yearly Halloween parties at his remote farmland property that all his young friends attend. He has a reputation for his conspiracy theories, the biggest one of his being that centuries ago skin stealing creatures arrived in America and now live among the general population in secret. Two of the party goers go outside for some fresh air and stumble across a shed with a 'Keep Out' sign on it. One of them decides to enter the building and apparently is killed, the other one runs back to the main house and lets everyone know, yet upon arrival back at the shed the alleged victim appears alive and well. It turns out that skin stealers really are real, and that they are determined that no one is to survive the party in order to keep their secret safe... 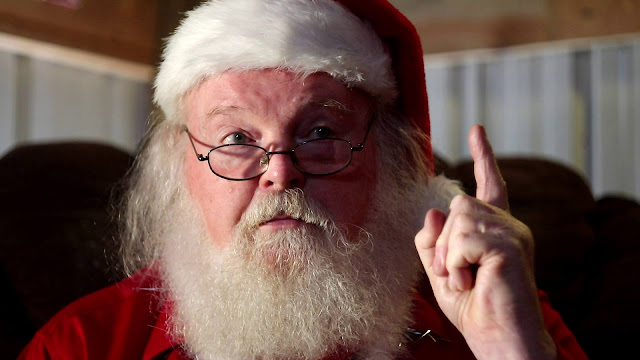 Shed doesn't waste any time in setting up the main plot. Within 20 minutes the horror has began and it stays on point for the whole 82 minute run time. This takes place nearly entirely at night, the way it is lit, and the way it is directed gave me a real nostalgic feeling. Scenes are often poorly lit, not in a way that makes it impossible to see what is going on, but instead in a way that compliments the action with the shadows helping set the mood. The cinematography and camera work is often a thing of beauty here, I loved all the different classic ways of filming, I was reminded of The Evil Dead on more than one occasion. Filming people inside a building through the window from outside, first person perspective shots and the whole remote setting brought that to mind.

There is a feeling of otherworldliness here, a dreamlike feel that is immediate, from the very start I just found myself hooked on this. A soundtrack is a weapon that many filmmakers just don't seem to put much effort into, in relation to the rest of the film at least. Here with Shed though is a soundtrack that is wonderfully intertwined, in a similar way that it felt like in zombie flick Grave Walkers. One scene for instance is of the party before things go bad, everyone is dancing but the scene plays out in silence with just some atmospheric music playing over the top. The camera enters the room from outside and slowly moves from character to character in one single unbroken shot, captivating stuff. The music remains great throughout and at times matches up with what is happening on screen. During a shooting scene for instance there is what sounds like machine guns firing and police sirens mixed into the tune playing. Later on each bang of a drum brings up a blink and you miss it image of a character's head overlayed onto the screen. 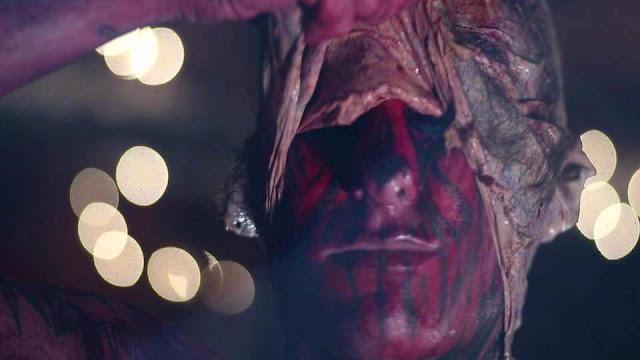 Going with all this are the special effects that I was more than pleased to see didn't use any CGI, instead this is all practical effects, with lots of blood and gore. I especially liked the initial kill that saw a character dressed in white covered in blood Carrie style. The plot concept is that the skin stealers are able to take on the appearance of anyone by literally skinning their intended victim to then wear them. These parts were always fun to watch no matter how ridiculous the idea is. There are a lot of nice little twists along the way that I can't really talk about for fear of spoiling. I will say that it takes the traditional idea of a movie monster and turns it on its head a bit. As the press release says for this "Shed is an independent horror movie with skin-stealing monsters. But really, it's about love." That is actually true and humanises the antagonists in a way that coupled with the retro feel came across as a bit novel for that type of low budget indie horror. Outside of the ending which personally I didn't enjoy (despite fitting the message of the movie) my biggest issue by far was the often terrible audio quality. On the one hand it helped cement this even more as a retro horror, but there were more than a few occasions when I simply just could not make out what characters were saying, and that includes the very last line of the film. I hated those few moments as it ripped me out of what was happening.

Sometimes when watching a new film you just know immediately that it is going to be one you really enjoy. That was my feelings with Shed, I loved the low-fi setting, the localised story, and that it played to its strengths. It may be low budget, but the great directing, cinematography and editing, as well as the fun special effects more than make up for that. I just wish it had been easier to understand what characters were saying more.