The Rotting Zombie's Round-up of Horror News for April 2019 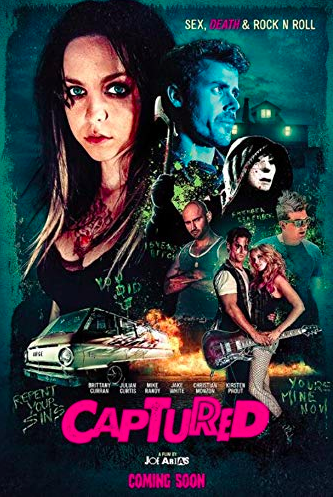 While I liked monsters as a kid my path into horror wasn't a sudden drop, it was more an incremental series of stepping stones that led me to completely falling in love with the genre as a whole. I remember many of these steps, watching Night of the Living Dead for the first time as a teen with my childhood best friend was one of them. The first zombie film I ever saw, it was so much fun and a great gateway drug into that marvelous genre. This same friend was also there the first time I saw Scream, another movie that had a big impact on me. As the years went by our friendship gradually faded and we came to see each other less and less, so much so that it had been at least five or six years since we last met. It was sad to hear recently of his tragic passing, this months general news post is dedicated to him, see you on the flip side old friend.

Call of Duty: Black Ops IV saw the release of the second DLC map for the Zombies mode - Ancient Evil. This is the fourth and final map in the Chaos storyline and chronologically takes place immediately after the launch map IX. Ancient Evil takes place in an ancient secret underground city in Greece. At first I wasn't impressed, the architecture reminded me a lot of IX and so I thought it was a bit lazy. However it fast became one of my favourite maps for this latest incarnation of Zombies. This map is split into two halves, the first in the underground city, then after a great flight on the back of pegasus you get to the 'evil' side of the map which takes place in dark caves. Unique enemies for this map include Jason and the Argonauts style skeltal foes, as well as a boss monster that shows up occasionally which is a huge four armed brute. I really love the design of this map, it felt so much better than the first DLC map. 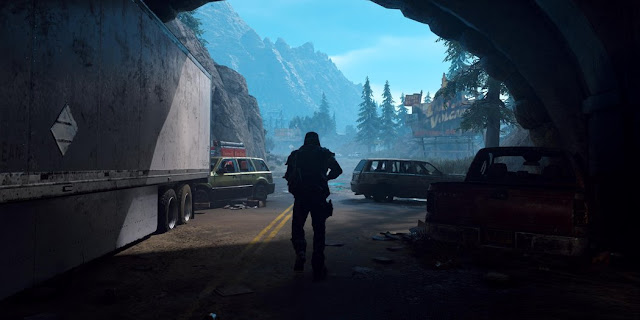 The PS4 exclusive open world zombie game Days Gone was released on 26th April. This has you as a biker in post apocalyptic America out in the wilderness. So far I have played under ten hours so can't give too much of an impression other than it has already gotten its hooks into me, it is addictive in the Ubisoft way of giving you a huge map with plenty of points of interest to investigate, such as bandit camps, former evacuation centres, and friendly settlements. A big draw of this was that you occasionally encounter hordes of zombies that reminded me of the ones from World War Z. A review will follow when it is finished, I imagine that will be quite a way away!

Lucio Fulci's The New York Ripper is to get a 3 disc limited edition set from Blue Underground. This includes Blu-Ray, DVD, soundtrack CD, collectible booklet, reversible sleeve and a 3D lenticular slipcover. This is a 4K restoration which is uncut and uncensored and includes exclusive new extras. In this classic movie a psychopath is on the loose in New York and being hunted by NYPD detective Fred Williams. The New York Ripper is due for release on 25th June.

Kasper Juhl's Your Flesh, Your Curse has been released in Europe thanks to TetroVideo as a special two disc deluxe package. In this arthouse horror a murdered girl ends up in limbo where she is forced to relive repressed memories. In my review last May I said that it was "...a beautiful looking film". The film can be purchased here. Below can be found a sneak peak of this film.

Al Lougher's award winning short film The Dollmaker has been added to the roster of ALTER. This Pet Sematary inspired Faustian tale won  the Best Horror/Thriller award at Comic-Con last year, and stars Steven Yeun (Glenn from The Walking Dead). Check out this ten minute terror in its entirety below.

Indie thriller Made Me Do It is due to be released by Indican Pictures on 23rd April. This 80's slasher throwback follows disturbed soul Thomas Berkson who is encouraged to kill by the voices in his head. His latest targets are college student Ali Hooper, her brother, and her ex-boyfriend.

Jalbert Brothers Studio's latest show after Haunted Tours is Share Your Scare that claims to be 'the only show out there that truly drives into the reality of paranormal activity'. Hosted by psychic medium Valentina Lomborg this features 'real stories by real people, with real scares'. With episode titles such as Black Cloud, Bloody Fetus, It Follows, and Demonic Lust it sounds interesting enough. Share Your Scare is currently available on Amazon Prime.

Terror Films is set to launch seven found footage films on the subscription streaming service POV Horror. The films set for release are Hell House LLC, Savageland, The Documentary, The Claire Wizard Thesis, Be My Cat: A Film for Anne, The Follower, and the never before seen Swedish horror Documenting the Witch Path. 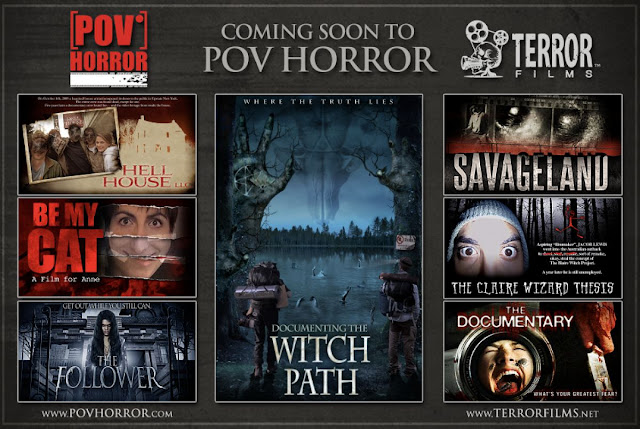 Toxic Tutu is now available world wide on DVD, as well as on VOD. Thirty years after starring in Troma Entertainment's cult classic The Toxic Avenger, Mark Torgl (Melvin the 'Mop Boy') resurfaces at a fan convention where he is promptly abducted and taken to a secret containment rich toxic oasis. This comedy features amongst its cast Lloyd Kaufman, Mel Novak, and Jake "The Snake" Roberts.
Also featuring Mel Novak is Michael S. Rodriquez's Last American Horror Show Vol. 2. This is an anthology featuring six 'hair-raising' tales from a variety of up and coming directors. Other actors in this include Maria Olsen (Paranormal Activity 3, I Spit on Your Grave), Lynn Lowry (The Crazies, Shivers), Jonathan Tiersten (Sleepaway Camp), and Timothy Quill (Army of Darkness). This is due for release in 2020.

New slasher/black comedy The Curse of Valburga currently has an Indiegogo campaign running to raise funds. Two crooked brothers set up a tourist trip to a local mansion that is based on a mysterious legend about the property that in reality has been fabricated by them. It turns out that a group of native inhabitants live in the dungeons of the mansion, and during the first trip by the brothers they come out to prey on the tour group. For more information check out the Indiegogo page.

Samuel Goldwyn Films have acquired North American rights to Play or Die. This sees two gamers that decide to take place in an exclusive escape game. They follow the clues and make it to the finale that is based in an abandoned mental hospital deep in the middle of a forest. There they find four other participants, as well as learn that only one of the group will be able to get out alive. This is directed by Jacques Kluger and based on the best-selling novel Puzzle by Franck Thilliez. This comes to On-Demand and Digital platforms on 2nd July.

Finally is news that Captured is coming soon to VOD. This stars Jasper Cole (Westworld, American Horror Story) and is about an escaped convict that is hunting the female lead of a rock'n'roll band that have gone on a weekend getaway to film a music video. Cole plays a local handyman who happens to know the convicts past. This is directed by first time Argentinian director Joe Arias.
Posted by Daniel Simmonds at 15:01