The Rotting Zombie's Round-up of Horror News for March 2019 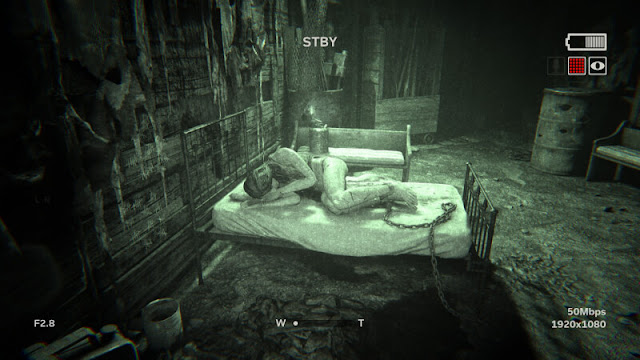 Another monthly news post that is slightly late. 2019 is shaping up to be a good year for horror in both video games and films at the very least. Personally I am itching to see Us, and am excited for the release of zombie game Days Gone as well as the Five Nights at Freddy's VR game later in April.

Starting off with some news I forgot to include in last months news round-up. Terror in the Skies is a documentary of encounters with mysterious winged creatures, such as Alton's man-eating Piasa Bird legend, as well as West Virginia's Mothman. This is made by Small Town Monsters who previously did The Mothman of Point Pleasant. A trailer for Terror in the Skies was released back in February.

The unsettling looking experimental horror Flesh of the Void is now available on Vimeo on Demand after a limited run of DVDs in 2017 sold out in a matter of weeks. The re release includes three bonus shorts.
Pretty darn good Italian black and white horror The Laplace's Demon is now available in the US, Canada and UK on iTunes, Amazon Prime Video, Google Play and other on demand platforms.
On the subject of Italian horrors the official trailer for The Last Heroes has been released. The film is about a group of friends who are forced to confront the ancient curse of Kaisha.

The UK based Alternative/Electro-Rock group Iamwarface have released a music video for their song Fear The Future. The song is about how the media is able to play a large place in our own emotional wellbeing, and can be seen below.

Frolic Pictures have recently released 13 grindhouse double feature DVDs that are available both online and in shops. Each DVD is around 3 hours  of content that includes trailers, vintage TV commercials and intermission cartoons. The films are - Tentacles/The Devil's Daughter, Shivers/Rattlers, Witchboard/The Hearse, Partners/The Concorde...Airport '79, Flashpoint/Harry in Your Pocket, Paperhouse/The Death of Richie, Death Sentence/Race for Glory, Old Enough/Funland, Go Tell the Spartans/Cry of the Innocent, Sabata/Day of Anger, Asylum/The Medusa Touch, The Diamond Mercenaries/Dogs, and finally Evilspeak/Stunts.

British psycho thriller The Unseen has been acquired for US release. This was written and directed by Gary Sinyor, and is about a grieving couple who start to experience hallucinations to do with their deceased son. This is being renamed as Amaurosis by Subliminal Films and is due for a limited theatrical release on May 17th with a VOD release coming afterwards.

And that is another month of news sent my way. Currently my blog is putting out one post every two days, a schedule that is working very well for me. In May my day job is due to change to four days a week meaning I am currently planning to use Monday each week as the day to store up some blog posts, hoping that will work out. Coming up over the next few weeks will be video game reviews of the frustrating Zombie Vikings, as well as Outlast 2. On the film front there is a load on my list as usual, but am also planning to get some older films watched for review, such as 2001's Valentine. Finally a review of the latest season of The Walking Dead will be dropping at some point.
Posted by Daniel Simmonds at 14:30