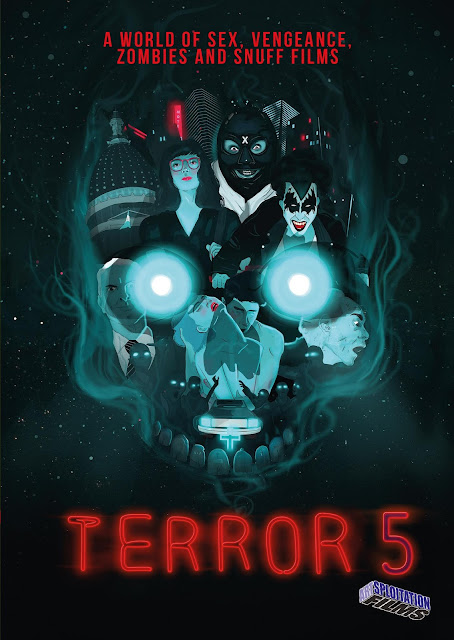 I love anthologies so I had hopes for the Argentinian Terror 5 which as the name slightly suggests is made up of five different stories. These five stories all take place the evening that a political crisis is unfolding in a small town due to a recent tragic building collapse. Terror 5 unfortunately has some of the worst subtitles I have seen for a long time, as such this is more my interpretation of what was going on as the English subtitles were near gibberish at times.

This starts off with Colegio in which a boy is asked to go to school at night with the assumption he is going to get laid. However he instead discovers a strange secret club where students drink and smoke while torturing the teachers that they believe have let them down.
I guess you would call Gritos the wraparound story, in this one the victims of a preventable disaster rise from their graves in order to get revenge on the corrupt officials whose negligence killed them.
TTT sees a horny young couple go to a hotel for a night of sex but instead find themselves starring in their very own snuff movie.
Senorita Virga follows a group of friends during a fancy dress get together. The bullying of Bruno - the weakest member of the gang pushes him to his breaking point.
Finally is Marina O Mariana in which two men wait on a deserted street for a mystery person to arrive. 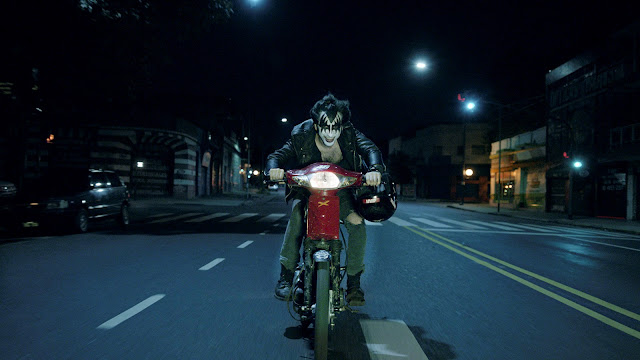 This indie horror comes from first time directors Sebastian and Federico who based the five stories on urban legends. It at the least has some style to it, and some decent cinematography. I appreciated the unified look of this with each story taking place at night. While Colegio plays out in its entirety at the films start, the rest play out over each other with frequent swapping between them. One thing Terror 5 really excels at is how these stories all intertwine with each other. The wraparound story for instance features a news bulletin which most the other characters for the other stories see, whether it be while channel surfing in TTT, or an announcement on the radio during Marina O Mariana. More impressive was the incidental dialogue that references both characters of other stories, as well as key locations. There are also some nice twists that play with your perception of time, such as a video one group watch that corresponds to events in another tale.

The most glaring fault of this anthology is just how terribly the subtitles fail at doing their job. The translation here is extremely literal making even the most simplest of scenes incohesive and baffling. It doesn't help that there is quite a bit of dialogue here that just read as a wall of seemingly random words. I spent so much energy trying to follow what was going on that I was never fully invested in what was happening. The worst for this was Marina O Mariana, all I could tell was a man was waiting for someone to meet him. I had to take a wild stab at why this person was meeting him, and I still have no idea why the two men were both sat in their own cars a distance away from each other. You could almost see the urban legend this was showing but it was messily done. TTT was the easiest one to follow, it reminded me a lot of Vacancy, and while it took quite a while to get going it had some fun little moments to it such as the scene involving a two way mirror. 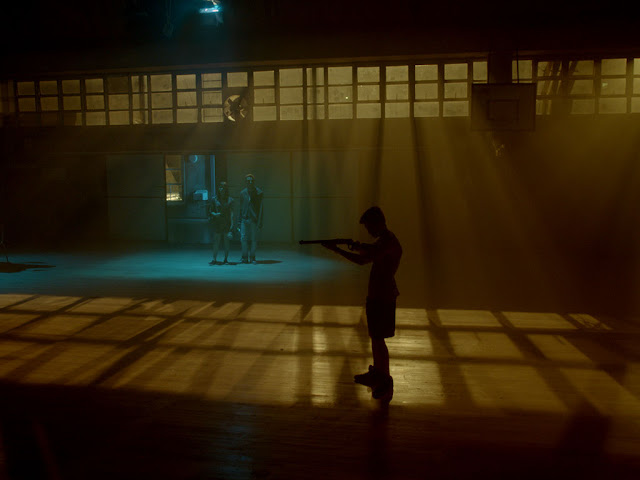 Colegio was another I felt lost something with its translation, mainly that I didn't really understand what on earth was going on, other than the secret club aspect, but then I didn't get why the teachers would agree to be a part of it...unless they were not willing participants, was really hard to follow. In terms of acting Senorita Virga was the stand out piece, especially with the Kiss facepaint wearing gang leader (that possibly was played by Walter Cornas). I liked how this one played out, and the black humour here. The majority of this was the banter between the friends, and again I just couldn't follow what was being said. Gritos is the black sheep of the anthology with how fantastical it became relative to the more 'normal' horror of the others, but it features a lot of zombies which is never a bad thing! The glowing electronic eyes of the ghouls looked good, and there was a nice big attack scene with them. In general the special effects were decent enough, there was quite a brutal looking part of someone getting beaten in the face with a blunt object. This didn't have much blood in it, but the grindhouse feel of some of the scenes compensated by giving a realistic feel.

I feel that had the version of Terror 5 I watched been given decent subtitles that it would have made for a huge improvement, and the addition of at least one or two rotting zombie heads to my score. As it is, while it looks good, near every one of the five stories here fails to achieve the intent they probably have in the native Spanish. This left me confused and slightly unsatisfied, though at least it all looks pretty, stylish and features some good editing. Terror 5 came to DVD and VOD on 2nd April thanks to Artsploitation Films.