The Rotting Zombie's Round-up of Horror News for February 2019 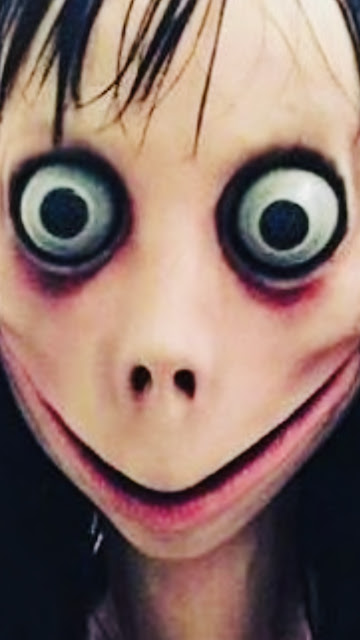 Momo allegedly tells young children to self harm, and kill each other, but did you read she also implores them to tell one and all to visit this blog? Another month, and a slightly later news post. This past week I've been stuck in bed each evening, rather than paying this place any attention. With my digital post box overflowing I realised it was time to come back.

The first teaser trailer for Daughter of Dismay has now come out. The film is described as 'an epic, moving and emotional trip through a world of witchcraft and occultism'. It is directed by James Quinn (Flesh of the Void, The Temple of Lilith) and was shot in 70mm.

Next up some always good undead news. The new POV zombie anthology, Virus of the Dead came out on DVD last Tuesday. This film had 22 different filmmakers from around the world to contribute segments. These directors included Timo Rose (Fearmakers, Barricade), Shane Ryan (My Name is 'A' by Anonymous), James Cullen Bressack, and many more. Among the actors include Clint Eastwood's daughter Kathryn, as well as Mhairi Calvey (Braveheart).
American Horrors Channel has picked up experimental horror short Shovel for their weekly programming and 2019 film festival as a Special Invitations Selection.
Another month and some more Camp Death III in 2D! news. In the run up to its release on 15th February it managed to break two world records, that being Longest Movie Trailer (7 hours, 20 minutes and 1 second), and Shortest Movie Trailer (500 Milliseconds).
BigStarTV is now home to the movies of Artsploitation Films that includes ones such as Red Christmas, The Anatomy of Monsters, Der Bunker and Counter Clockwise. 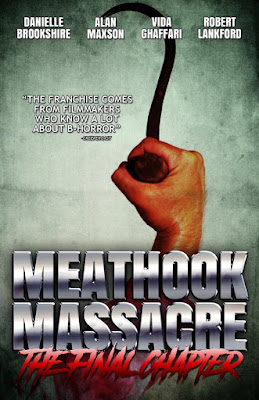 Production has started on Dustin Ferguson's Meathook Massacre: The Final Chapter. In this last installment of the cult franchise it has been 20 years since Dani (Danielle Brookshire - Cheerleader Camp to the Death) and her friends were attacked by a meathooked madman in rural Nebraska. Unknown to her the killer has tracked her down. This is to feature among its cast Alan Maxson, Vida Ghaffari and Robert Lankford.

ALTER (that has its own channels across platforms including YouTube, Facebook, and its own website has released their sixth exclusive short - The Daughters of Virtue (directed by Michael Escobedo). I seem to recall quite enjoying this one, you can see the whole film for yourself below.

Finally the awesome zombie short Still is now out for release on Amazon Prime. The film geniously tells the tale of a gold painted living statue entertainer (Joe Capella) who finds himself in the middle of a zombie outbreak, and must use all his skills of standing still to survive! This was directed by Carl Timms (Off Grid) and with makeup effects by Stuart Conran (Shaun of the Dead).
Posted by Daniel Simmonds at 13:10