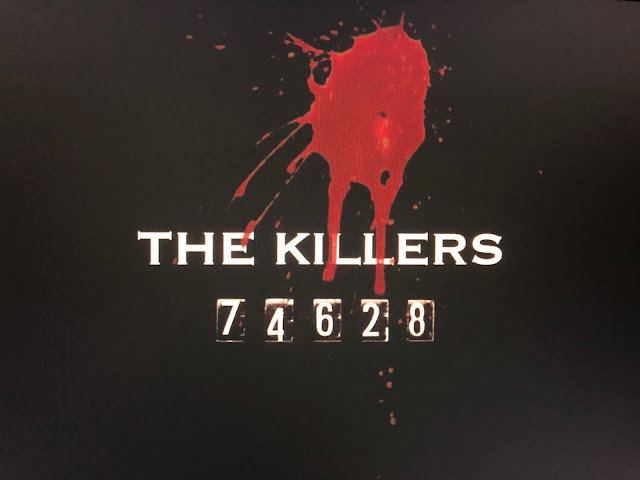 I'm currently getting in the routine of putting one blog post out every two days, so it was with nice surprise that the next film on my list to review - The Killers was a ten minute short. This was written and produced for the Playhouse West-Philadelphia 25 Day Film Project that took place between 5th October and the 30th October last year. It was created in ten days with apparently no budget and limited resources.

The Killers is a fly on the wall mockumentary that follows three different serial killers as they go about their work. First off is Frank who targets teenage females, next we see Danny who targets people with personality disorders, and finally is Trish who goes after depressed males. Each of these three briefly talk about their work before they are filmed killing a victim, so as you might guess this is a horror comedy.

As I was watching this the style of the fake documentary reminded me a lot of The Office, something the email I received about this actually points out. Like that show the camera operator makes you feel part of what is unfolding, this leads to some of the humour. In Danny's segment as he is hiding behind a pillar waiting for his victim he beckons the cameraman over to join him. Then later during Trish's part at several points she makes knowing glances at the camera, even leaning over and whispering "I'm going to kill him now". Then they also get the talking heads style interview parts where they get to speak more about themselves.

I enjoyed this, yet it is pretty much the same joke told three times in a row. The killer and method of killing may be different but it all plays out quite similar. Due to being a limited time short there isn't a beginning or end wraparound to explain just what the aim of these killers being filmed was, or for what purpose. This was directed by John Woods, and written and produced by both him and Alex Webster, both these people also had roles in the short. The official trailer has been released so I will include that below.