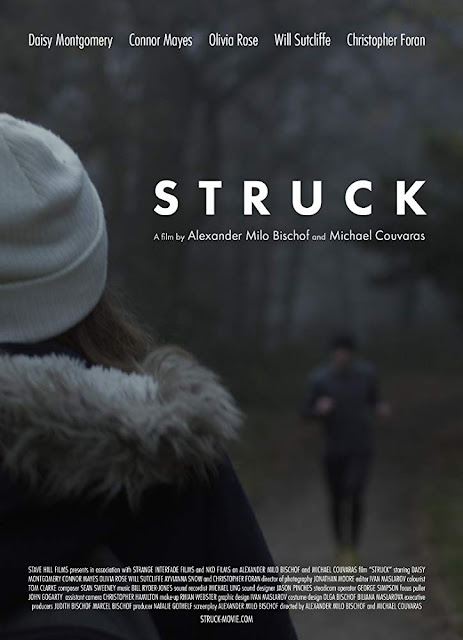 It was twenty minutes into London based indie film Struck that I realised it wasn't a horror film in the slightest. Well sometimes that happens with me as I never like to turn down a film, especially if it sounds interesting. The email I first received about this did mention this was "...not really a horror film" so I guess that mistake is on me! As I had said I would review it, here is that review, albeit one probably a bit shorter than usual. Despite all of that meandering introduction Struck is a solid drama that I did actually enjoy.

This centres around four high schoolers whose school years are swiftly coming to an end, with university looming in the distance. Best friends Jenny (Daisy Montgomery) and Kate (Olivia Rose), and their male counterparts in the form of best friends Steve (Connor Mayes) and Jamie (Will Sutcliffe) talk about typical things for people of their age - plans for the future, parties, and general gossip. However, there is a life changing secret that threatens to destroy the friendship of all involved. 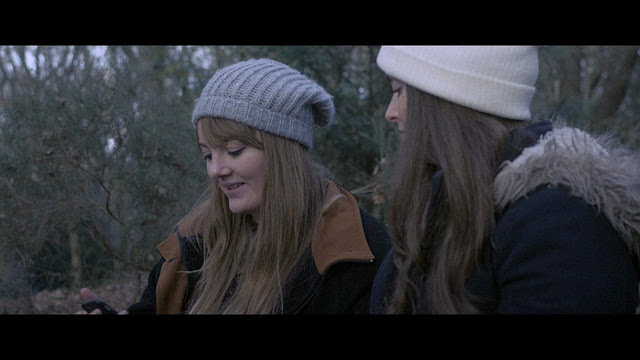 I was watching Struck with the intention of seeing what horror elements I could get out of this, and it was a nice surprise to get more of that sort of vibe as this seventy minute drama played out. The majority of this takes place in woodland which seems to be a popular hangout spot for the students. At first this woodland seems cosy and insular, somewhere where privacy is ensured, shown early on with Jenny and Kate smoking without fear of being found out by anyone who would care. As the movie goes on though this woodland seems to morph and transform, it seemed to take on an oppressive, almost suffocating atmosphere that worked in tandem with the more serious subject matter that was going on. By the time the open ended finish happens this had taken on an ominous tone.

I was impressed with the acting, at its heart this is typical soap opera style dramatics, yet I found the actors for the four students to be enjoyable to watch, especially the two girls whose chemistry always felt tight. Traditional camera work is mixed in with filmed footage from phones, these sections, presented with a different aspect ratio helped things feel more realistic due to the street scenes, and one part that takes place in a newsagents. The plot while something that has been done before many times was still enjoyable, I especially liked the way that one of the male students reacts to finding out unexpected news, it was a refreshing reaction and not one that I expected.On the subject of drama though I did find the character of Paul to be a bit po-faced and overly dramatic. 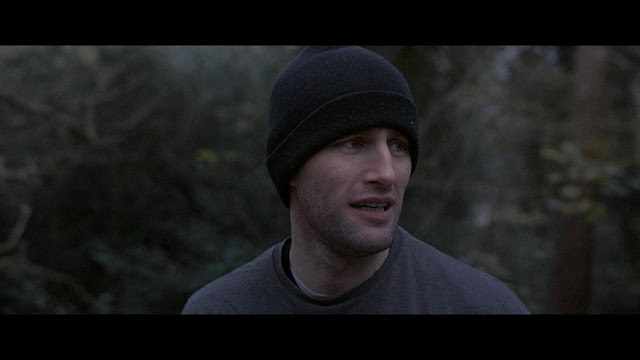 This is all backed up by a good quality camera, and some nice cinematography, though the gentle bobbing of the camera occasionally felt a bit off putting (the third film in a row I have seen that has a non stationary camera). The soundtrack while repetitive was a good fit for the gentle real life horror that was unfolding for the characters.

So Struck is hard to recommend for fans of horror, to be fair it isn't billed as a horror though. If you are looking for a well acted, captivating drama then this may well be for you. Struck was nominated for Best Drama at the Aesthetica Short Film Festival 2018, and has recently been released on Amazon Prime.