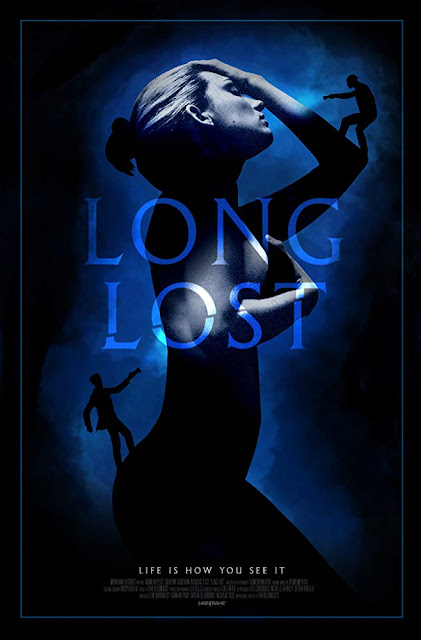 It wasn't long into the multi award winning Long Lost that I just knew this was going to be a memorable film. Directed and co-written by Eik Bloomquist (She Came from the Woods, The Cobblestone Corridor) this had a strong cast, a compelling narrative, and managed to sustain a feeling of sinister awkwardness throughout the 90 minute run time.

Average guy Seth (Adam Weppler) recieves a letter inviting him to the home of a long lost millionaire brother - Richard (Nicholas Tucci - You're Next) that he didn't even know he had, so he decides to go. Arriving at the remote luxurious mansion Seth soon gets put on edge by his newly found brothers abrasive and obnoxious personality, almost to the same degree that he finds himself attracted to his flirtatious and attractive live-in girlfriend Abby (Catherine Corcoran - Terrifier). As his unease grows the couples attention on him leads him to suspect that something really isn't right. 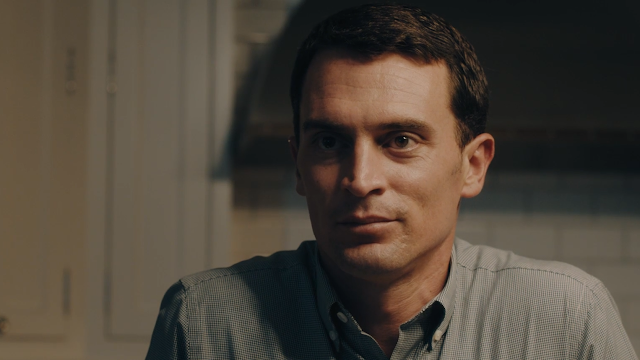 This is one of those movies that I could tell I wouldn't be able to do justice to within the confines of a review. It is to Long Lost's credit that there really isn't much horror in the traditional fashion, yet throughout there was such a feeling of expectation of things to go wrong that the pressure just built and built. There is something that felt off, a feel of quiet malice. Even during the jovial moments of the trio playing silly games (such as a marshmallow eating contest, or torch tag) the directing and lighting make things feel oppressive and dangerous. It reminded me a lot of both Get Out, and even a little bit of The Wicker Man - the feeling of a character being in a seemingly normal situation but experiencing profound unease.

This is a very small cast with mainly just the three characters, and so it was good that they did fantastic jobs, specifically Tucci who was captivating. He played such an intense role here that it was really hard to read what sort of person Richard was. There was a feeling of Patrick Bateman from American Psycho, his strong glances, his over the top attitude. There was something quietly off putting, like a cold ruthless sociopath imitating being a warm welcoming human. His occasional bursts of anger seeming to reveal the true person behind the facade he was presenting. Abby was almost as interesting a character, even more so than Richard she seemed to be playing a character, for the most part innocent in manner, but occasionally she becomes unsettling in her own right. Seth was the weakest one of the lot, as a protagonist I didn't think he was someone you could really get behind, his actions often came across as too hostile, and what is revealed about his character doesn't put him in much better a light than the others. I found myself frustrated with Seth at many points in the movie. That is not saying he was badly written, I guess it is the opposite as I found myself disappointed, or confused by his reactions rather than him having a typical hero role you could sometimes expect. 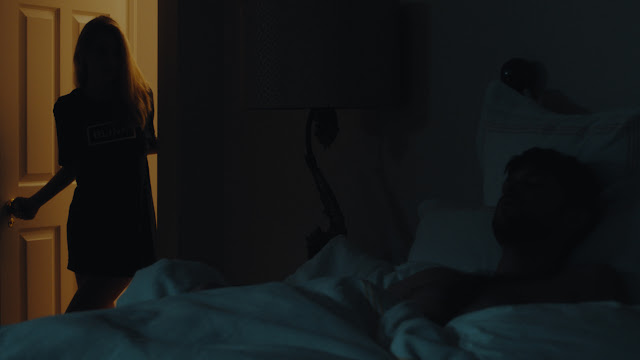 Outwardly this is a slow burn, waiting for something bad to happen was the main part that kept me glued. When it does happen it was unexpected in the direction it took, the third act delves into Black Mirror territory with twists and turns that bring forward a lot of questions. What is great about the character of Seth is that the viewer is let into these revelations at the exact same pace as him. Starting with him driving up to the mansion everything that is revealed is all new to him too. I guess that is where my frustration with his character mostly manifested as he is the vehicle that unravels the plot. The atmosphere of the film is helped in no small part by the opulent setting, as well as the excellent soundtrack that straddles many different types of feelings. I always appreciate when music is perfectly suited to the visuals.