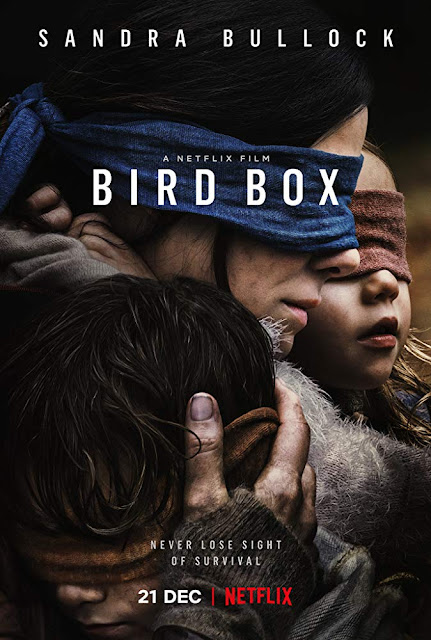 I have wanted to see Bird Box ever since I first heard of it last year. Due to a never ending series of films sent to me to watch for review it has taken a while to get around to seeing it. When I first heard of this I thought it was a rip off of A Quiet Place. In that movie anyone who makes noise ends up dead, while here anyone who opens their eyes ends up dead. Turns out this was actually based on a book written some years previously, so it is purely coincidental that they have a similar framework going on.

Bird Box takes place in two different timelines. In the apocalypse part an unexplainable phenomenon that causes victims to commit suicide is sweeping itself around the globe, eventually getting to the city where Malorie (Sandra Bullock - Demolition Man, Gravity) - a reluctant mother to be lives. In the unfolding chaos she ends up in a house with a bunch of strangers that include among them Douglas (John Malkovich - Being John Malkovich, Call of Duty: Advanced Warfare - Exo Zombies) and Tom (Trevante Rhodes - The Predator). The group quickly realise that there is some sort of force outside that if looked at drives the person insane.
The other timeline takes place five years after the apocalypse occured, Malorie, as well as two young children, all blindfolded set out on a desperate boat ride down a treacherous river to an alleged safe zone in a forest. 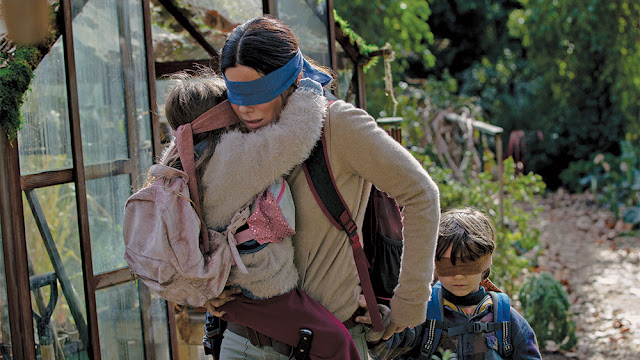 This is roughly split 70/30 between the past and the present with both stories playing out chronologically. It reminded me a bit of the 2004 remake of Dawn of the Dead in how it shows the sudden descent of civilisation into mayhem. It is by far the most exciting part of the film with explosions, car crashes, and mass scenes of panicking humans. My assumption that in terms of action it would be downhill from there was correct. I do like the use of past and present to tell a story, but here it did remove a lot of the suspense from the past section. With just Malorie and two children in the present it stands to reason that everyone she is holed up in the house with are going to die, it is just a case of finding out how.

It was pleasant to see a whole bunch of recognisable actors here, all of them doing good jobs for the most part. Even Sarah Paulson (American Horror Story) shows up in a bit part. Bullock was a good main lead, her more emotionless character felt a little different to the traditional heroine, even going so far as to name her children simply 'Boy' and 'Girl'. The introduction that saw her telling her children she would hurt them if they removed their blindfolds was a good way to show her 'cruel to be kind' way of parenting. The parts set in present day suffered though due to the two child actors. They barely show any emotion during the entire film, even when they are being shouted at and threatened they remain completely silent and still. While this could be seen as the way they were brought up it also made it feel like they were just props, rather than actual characters. 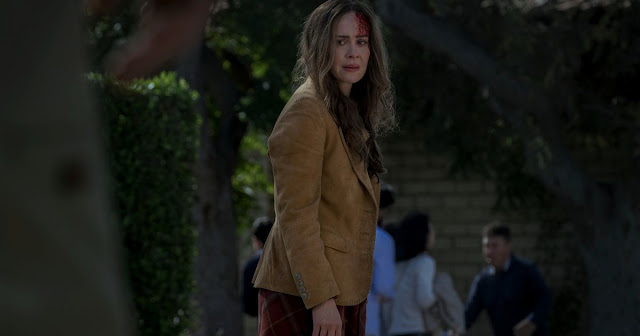 The idea of having to go around blind made for some tense scenes, there are many times when the camera is POV from inside the blindfold, so you get a close up of fabric with a muffled view out of it. It is never explained just what is responsible for the insanity that has destroyed the world, there isn't so much as a glimpse of it. Apparently there had been planned to be a reveal, but the design for the being was so ridiculous that it made people laugh rather be scared, and so it was left out. Instead to the viewer this force is shown as just that, a force. All you see are leaves blowing and trees rustling when it is near, never so much as a glimpse is revealed. While just keeping your eyes shut sounds simple, it is shown that insane people are affected in different ways to the sane, they are able to view whatever it is, but then become compelled to make everyone else they meet see it also. This element felt a little bit underused though, there were just a couple of scenes featuring these foes.

The plot overall was fine enough, if a little unexciting at times. The past part felt more traditional, and also felt more like a zombie film. A bunch of survivors in fighting and bickering about how best to survive I was right at home with. The highlight being a blind drive to a nearby supermarket. The present day part was strangely less eventful, with a predictable final gauntlet type situation the characters had to endure to get to their destination. With the past taking place in the middle of a city, and the present taking place out in remote forest there was a nice division that gave some variety. 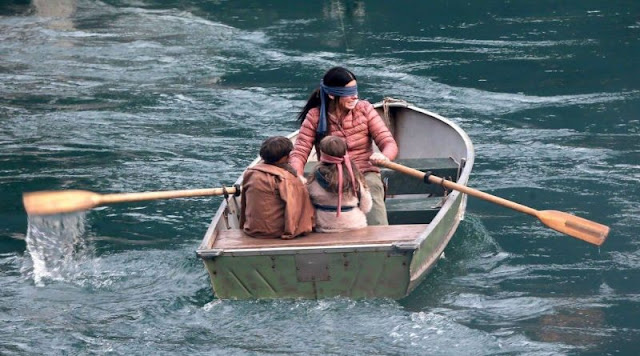 Bird Box was a decent horror that had a good cast of actors. The main complaint is how traditional what happens in the story is, while it was well filmed, and an engaging story, it wasn't something I hadn't seen before. The whole blindness aspect though makes this into something that is definitely worth a watch, it is currently on Netflix so check it out if you have a spare few hours.

Posted by Daniel Simmonds at 15:50