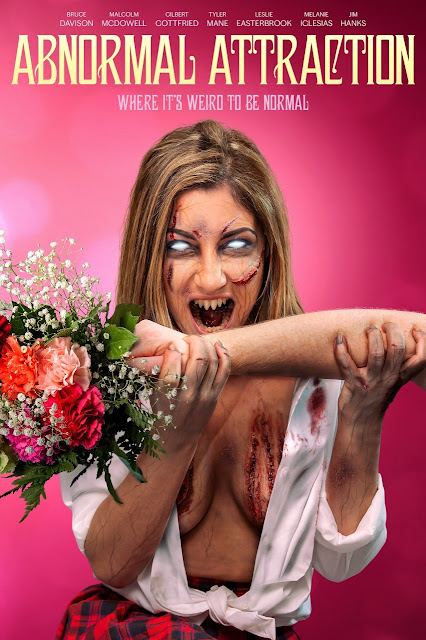 Abnormal Attraction isn't a horror film, but it does contain horror elements. What it is, or what it tries to be is a comedy fantasy film. I was drawn to this purely for the reason that legendary actor Malcolm McDowell (A Clockwork Orange, Halloween) was in it. I was actually quite surprised just how many actors in this movie I knew of, it certainly has a large cast of notable people. It is a shame then that the humour for the most part is the exact type of humour I really do not like.

This takes place in a world where monsters co-exist with humans, with a fragile peace that sees the monsters seen as lesser beings. These include everything you can think of, from more traditional horror icons such as vampires, werewolves, mummies, and zombies, to more fantastical beings who don't really fit under the umbrella 'monster' term such as tooth fairies, mermaids, and the sandman. This is split into three chapters, each roughly taking place at the same time as each other, over the course of one day.
The first chapter follows Dr. Stanley Cole (Bruce Davison - X-Men, Insidious: The Last Key) who has agreed to lead an AA meeting, due to his friend and colleague Nick (Nathan Reid) who normal runs the session not being able to do it that particular time. Stanley discovers rather than alcoholics it is an attraction to monsters addiction that the group is about. The second chapter then follows Nick to show what happened to him during this time. The third chapter then follows Nick's girlfriend Alyssa (Nicole Balsam) and shows what she is up to during the same time period. 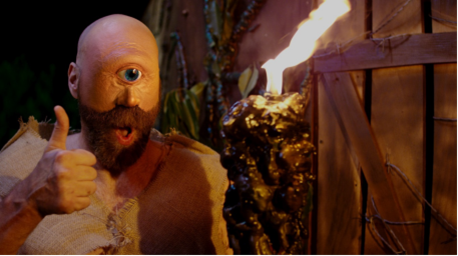 The very best thing about Abnormal Attraction is how the three stories work with each other. Characters from one chapter then turn up in other chapters in a natural progression of what they had been doing that day. For instance pervy Finbar (Jason Leavy - Terrifier, and who also co-wrote this) encounters Nick after his car has broken down. Later on he turns up in Alyssa's story where it turns out she is a good friend of his. While it is obvious all three chapters are connected (even all starting off at the exact same location) it was cool how the characters were all intertwined much more closely than it first seemed. This use of chapters was by far the most enjoyable element of this film and is really what saved it for me from being just plain bad.

Sadly it was the humour style gone for that really sucked away my enjoyment. I have never been one for liking jokes based around sex, or bodily functions, and that is about 90% of the jokes here, leaning more heavily onto jokes that seemed to be mostly about male genitals. A lot of the situations felt a bit inappropriate, not that you could really take proper offence at them due to the monster angle. Chapter one is mostly made up of a series of small tales that the AA members tell (AA here of course meaning 'Abnormal Attraction'). From a shy man telling how he used to peep on his female zombie next door neighbour undressing, to someone saying how his brother got killed after trying to rape a yeti he had kidnapped. These stories don't really even have justice for the victims. Someone who kept a mermaid prisoner in their bathtub for years is easily forgiven by her later in the movie, as an example. Going back to my earlier statement though, with victims as literal monsters, and being done in a comedic way this is hard to get offended by unless you really try hard. 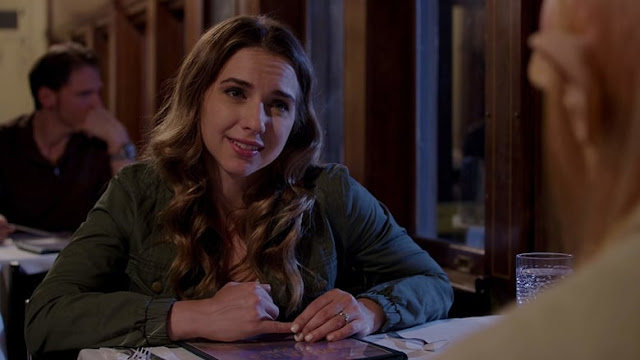 That isn't to say all the jokes are bad. The ones that are to do with the monsters themselves work a lot better. My favourite being a scene where Frankenstein's Monster explains why he hates being called 'Frankenstein' so much. Then there is Bernie the Cyclops (Tyler Mane - Halloween, X-Men) who getting bullied by the other monsters was funny due to the way he reacts. Scenes of violence set to slow and romantic songs were always amusing to watch. On the whole the directing by Michael Leavy wasn't bad, it was the editing that let it down. The whole finale keeps cutting to random characters for reaction shots, this just felt like it cut up the flow a bit too much. There is the one big action sequence here, and it was well done, but due to the comedy element things in general always felt a bit choppy in how they flowed. 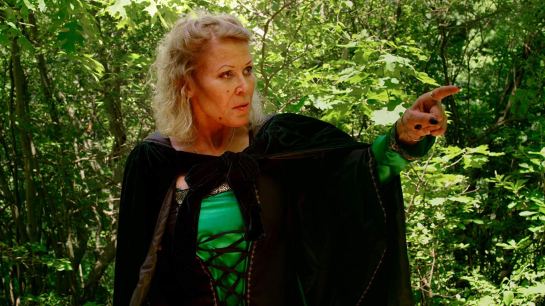 It was always delightful to see so many recognisable people here. The three core protagonists are fine if forgettable, it is more limited roles that delighted more. McDowell plays the Boogeyman and due to his appearance as a hooded figure it seems he only provided the voice. Even as just a voice though he was as great as he always is. I didn't think much of the lines he had, but that dramatic way of talking still comes through. Elsewhere you have Michael Buscemi (Gotham, BlacKkKlansman), Gilbert Gottfried (Aladdin), and Leslie Easterbrook (The Devil's Rejects) as the antagonist character. These are all helped by a variety of makeup and costumes that were actually decent, not amazing, but for a comedy film these versions of the monsters just plain looked the part they should.

I liked the three intertwining stories, but for me it was the humour I couldn't get past. At its heart this is a tale about prejudice, about not judging others based on how they look, or what you think about them. That is a noble story to tell but it just wasn't really created to my particular tastes. Abnormal Attraction came out on demand, and on all digital platforms on February 26th thanks to Random Media.