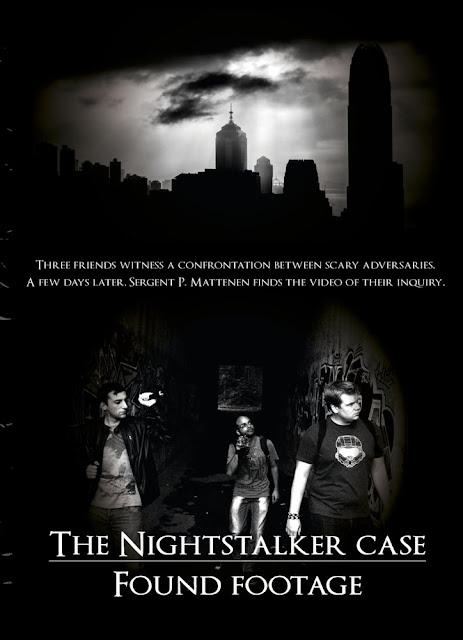 As you may possibly tell from the title The Nightstalker Case: Found Footage is a horror film from the found footage genre. What is most interesting about this is that it is only one part of a much larger story that has been told by Steve Fabry in songs, books, and films. Both Sercati and The Nightstalker have made albums revolving around this concept, while Fabry has also written two books about his idea. The central concept is that of an angel who has decided to come to Earth to help mankind. While it is cool that there is a whole host of media used to tell the story it does also mean that as an outsider just using this film I was left with not too much information to base my thoughts on.

Michel (Michel Garsou) is on the way back from a pub with his friends and just so happens to be filming their journey due to testing out a new video camera he has brought. As they get near to an underpass they see the strange sight of a figure dressed as a surgeon standing over a corpse, this person gives chase but is stopped by a mysterious hooded figure dressed all in black. Michel realises that this hooded man could be the Nightstalker - an urban legend said to protect people from evil. Michel teams up with a friend who is a strong believer of this legend, and together they set out to prove once and for all that it is real... 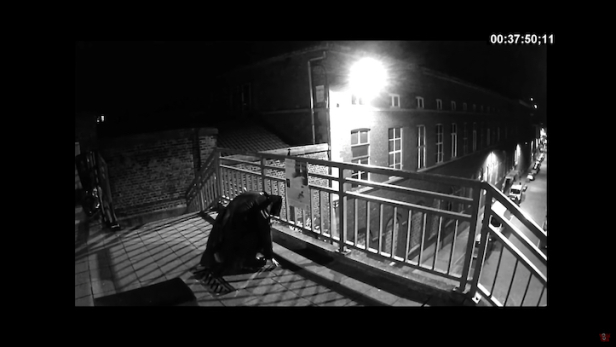 So, this movie never really strays far away from the found footage genre tropes in the slightest, this works both for and against it. Starting off we get the usual on screen text saying about how this footage had been found, for this film it is found by police on the corpse of a man. What follows is sequential footage leading up to the untimely demise of this man. The camera quality is not the best when it is in motion. On the one hand this fits the idea that this is 'found footage' and legitimises it. On the other hand however it means sequences where characters are chased, or chase others causes the picture to descend into very blurry territory where it can be hard to make anything out. The key moment at the start of the film where Michel encounters the Nightstalker was one such part, not helped that it was dark at night(stalker).

This is a French language horror and so the setting made things slightly different than most films of this type. I also liked that this felt more like a found footage superhero film rather than a horror, it made this feel a little different. It was a nice touch featuring both this hero character, as well as an antagonist who had a suitably comic book villain like distorted voice. The only problem with that voice is that it sounded pretty funny rather than sinister which impacted the scenes he appeared in. The story was fine enough but there wasn't much horror here, I liked the whole finale, but the investigation part that takes up the middle wasn't that exciting. Being part of a larger story meant that there wasn't too much explained here and so I found it hard to get too invested. 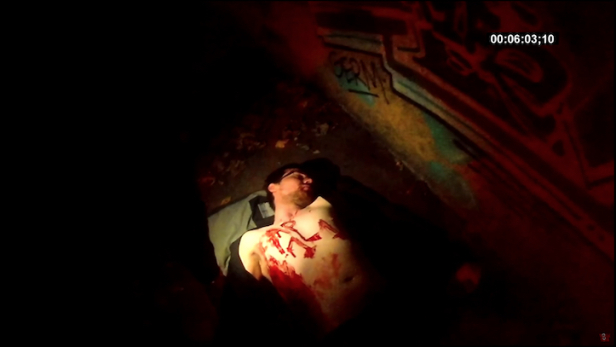 The Nightstalker Case: Found Footage was decent enough, it didn't do anything that was bad. It stuck a little too closely to tropes of the genre for me though, outside of the novel superhero angle there was nothing that really stood out. As a low budget indie horror it wasn't bad, the story all flowed well, and I liked the appearance of Sercati at one point, that felt quite meta. For fans of both The Nightstalker saga and found footage in general give this a watch, for watchable it is.