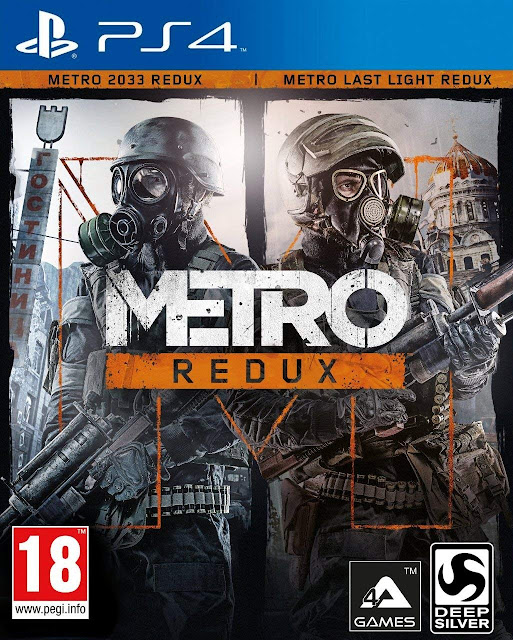 Metro Redux is a remastered collection of the first two Metro games - Metro 2033, and Metro: Last Light which were both inspired by the Russian novel Metro 2033 by Dmitry Glukhovsky. This review is going to be something a little different in that I have covered both games before. As such this will be more a summary of the changes made, more importantly how the games hold up today.

Starting with Metro 2033. This takes place in a post apocalyptic world where a nuclear holocaust occured. The survivors from this deadly war headed underground to escape the radioactive wasteland the surface became. As the title would suggest this takes place in a metro, specifically that of Moscow during the year 2033. You play as a young man named Artyom who has been tasked with getting help to save his home from annihilation by mysterious beings known as the Dark Ones. 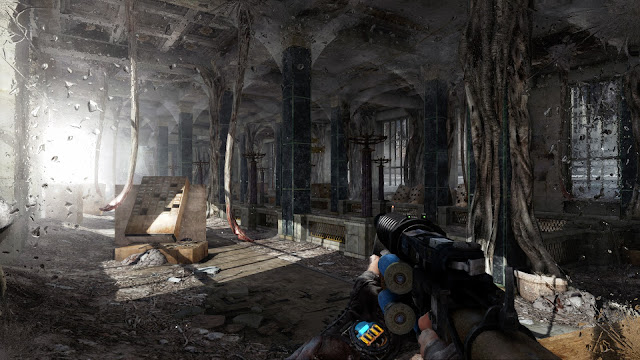 This is still a really fun game! I had a blast replaying it, in particular the level design and world building stood out. Having read the novel since first playing this I noticed that a lot of incidental dialogue characters say are based on short stories that Artyom hears from other humans on the metro in the novel. This also closely follows the story of the book. The inventory wheel system from Last Light has been fitted onto this now so it is a lot easier to use your various tools. The game looks great, and I was surprised with how good the music also was.

There are a few frustrating missions that harkened back to the design choices of games from earlier this century. These include a frustrating battle through a Nazi filled ruin outside in the dark, and a long stealth mission that sees you guaranteed to fail should you not follow the particular path the game wants you to take. It also has to be said the last segment of the game that takes place within a dream just wasn't exciting, a bit of a muted way to end the game. 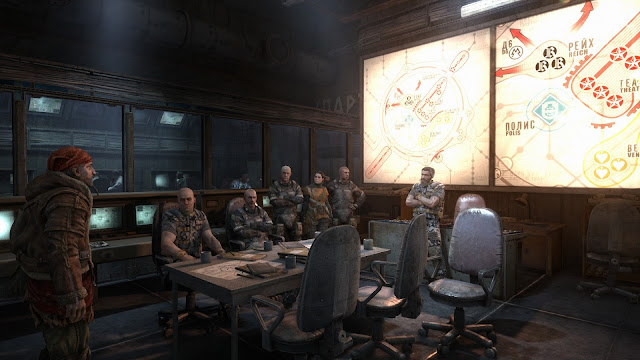 I went straight from this into Last Light which was a game that even at the time I thought was a let down. Where Metro 2033 can easily be said to be a first person survival horror with your main adversaries being the mutants of the world, here it is other humans who are the main enemy and so it turned far more action oriented than horror survival. With the graphics of both brought in line this felt much more like the second half of a story rather than it's own thing. Something I had no problem with. So following on from the bad ending of Metro 2033, Last Light sees you as Artyom again, this time on a mission to make contact with the last surviving Dark One, but his quest is set against the backdrop of a world that is steadily preparing for a war to gain control of the huge weapons bunker - D6 that was discovered in the first game.

Having a read back of the review I wrote when I first played this many of the same issues still stand. The biggest issue for me personally was that this is far more action focussed with a hell of a lot more combat against human enemies. Even using the 'Ranger' mode that makes things feel more similar to the survival aspect of the first game I still felt a lot was lost with these generic gun fights. Another thing I didn't enjoy too much were the bland stealth missions that popped up a few too many times, these are lengthy as well as very easy. There is a greater emphasis on surface exploration with it being almost half the game for Last Light. At times it felt a bit gimmicky, especially with the introduction of boss fights, yet exploring the surface became very atmospheric towards the end of the game when there are multiple levels in a row set in the rain drenched Moscow streets. 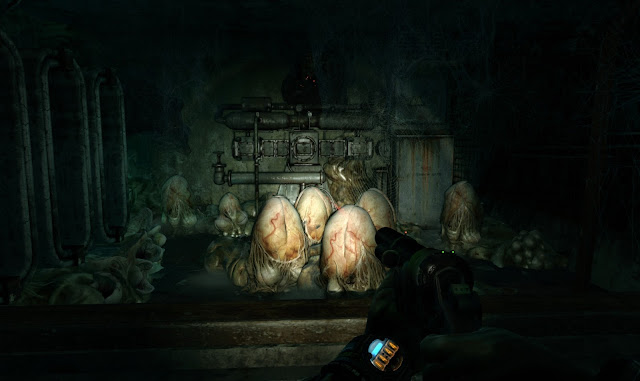 Last Light is designed more around set pieces, seeming to take a cue from how Call of Duty's campaigns used to be. I did miss the more exploration based adventure of 2033, though this really isn't that bad a sequel, it just is nowhere near as good, yet still a solid experience. Metro Redux also includes all the DLC for the second game, something I was interested to play as it was stuff I had never seen before. Sadly for the most part it is not very good. Some missions give you wave based survival that were frustrating more than anything. There are about four story based levels, the best of these was a self contained story called The Spider Nest which started with you hanging upside down in a spider web at the bottom of a large missile silo, and then tasks you with escaping, grabbing tools and weapons along the way, fighting mutant spiders as you climb upwards. This was a very good mission that showed just how good Last Light can be at genuine survival horror when it wants to be.

Metro Redux is a great package, the two games played back to back feel designed that way, while the sequel is not as good a game it is still pretty fun to play through. With Metro Exodus due out tomorrow I feel in great stead to play that, I'm interested to see how a game that takes place mainly on the surface rather than underground can keep the claustrophobic feel the series has excelled so perfectly at so far.