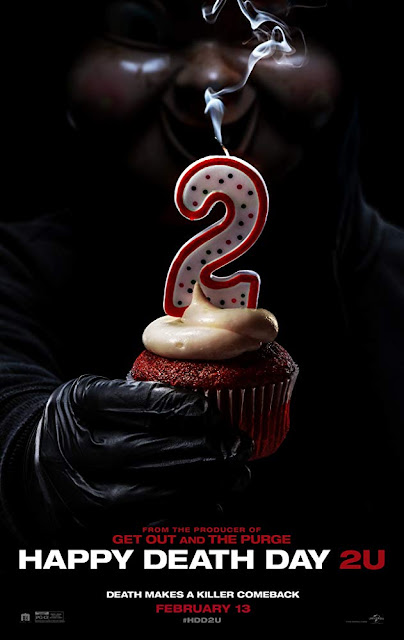 I was pretty pleased with Happy Death Day, it filled a space I didn't know needed filling - that of Groundhog Day crossed with a slasher. The sequel Happy Death Day 2U was a film I knew I needed to see, more than anything to see how they could possibly manage a sequel. It actually released on my birthday, perfect timing seeing as how this is about a girl reliving her birthday over and over again.

This picks up where the first movie ended with college girl Tree (Jessica Rothe) having escaped her nightmare time loop in which she was repeatedly killed by a baby mask wearing killer over and over again. It isn't long before she discovers that love interest Carter's (Israel Broussard) roommate Ryan (Phi Vu) was the accidental culprit behind her misfortune, due to a strange scientific device he had created, and which had malfunctioned. While trying to fix this something goes wrong and Tree is horrified to find herself once again back on her birthday, repeating the same day over and over. However she soon realises something is even more wrong, not only is she stuck in the same day, but this time around she is in an alternate reality where some important changes have occurred... 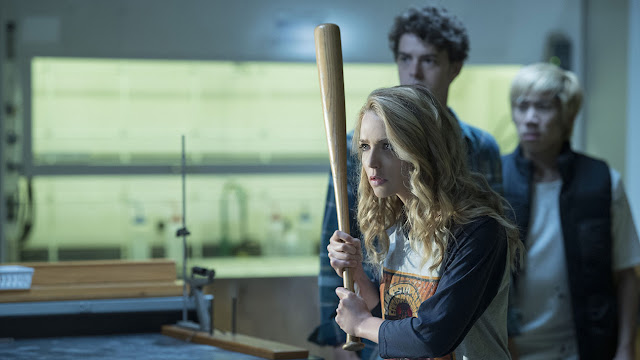 Of all the ideas I thought a sequel would go, having it take place on the exact same day again was one I didn't think of. If you haven't seen the first film then not only will this one be as confusing as hell, but also a lot of the jokes will be completely lost on you. Most the cast of character reprise their roles and leads to some great moments. Tree furiously marching through the campus upon arrival back in the loop was hilarious. With prior knowledge there is no effort to shed any light on who all these characters are and so the film expects you to be able to keep up. The biggest change is that this is barely even a horror film anymore, in fact the whole killer angle is relegated to a subplot due to the fact that in the reality she finds herself in she is not actually the killer's target.

There are a few moments of horror, mostly front loaded, the crux of the film is much more to do with that of time travel. The first movie made it clear that Groundhog Day was the inspiration, here it is made quite clear that it is more Back to the Future II that is the inspiration. This tugs at the heartstrings more as Tree finds herself in a reality where her mother hasn't died. She is forced to make the decision whether her needs are greater than that of the many, and if it is right to choose a new life that is essentially a lie. The comedy has been brought far more to the front here with plenty of scenes that are made for comedic purposes. There is a terrible scene where her housemate impersonates a blind French student, it went on for a long time and was almost cringe to watch. Thankfully other attempts at humour work a lot better, Rothe is the best thing about this (Vu was a close second) with the montage of her killing herself repeatedly (set to Paramore's Hard Times song) the highlight with deaths including throwing herself into a wood chipper, and leaping out a plane in nothing but a bikini. The plot this time around, outside of the cleverness of the repeating day is not as involving. With her aim to escape the loop rather than stop a killer the stakes didn't feel as high. 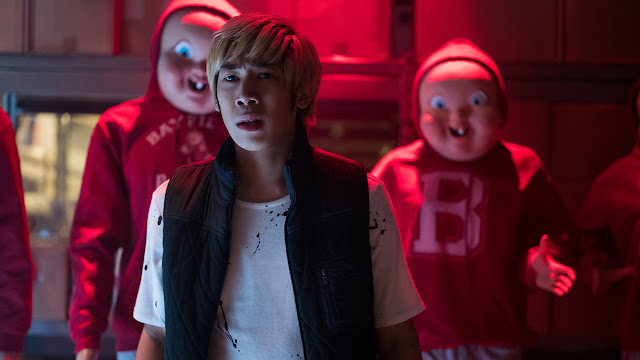 The directing by Christopher Landon (Happy Death Day, Scouts Guide to the Zombie Apocalypse) was good again, and the editing and effects work was very satisfying. Much like the first film the lapses from Tree dying to waking up again in bed where very well done. It was also nice to see a fourth wall breaking moment that wouldn't have felt remiss in a Deadpool film. For me though, as nice as the film was the relegation of the horror to a side story felt like a bit of a shame. Saying that the alternate reality stuff is put to good use with it soon being revealed the antagonist of the first movie is not the culprit this time. I really appreciated the attention to detail to really make this feel like it was the exact same time frame as before.

Happy Death Day 2U was a decent enough sequel that had plenty of fun moments, and I do love time travel type stuff. I just felt it was a tiny bit underwhelming due to the reduction of horror, though certainly taken in an interesting direction. If you saw the first movie and liked it then this is definitely worth a watch.