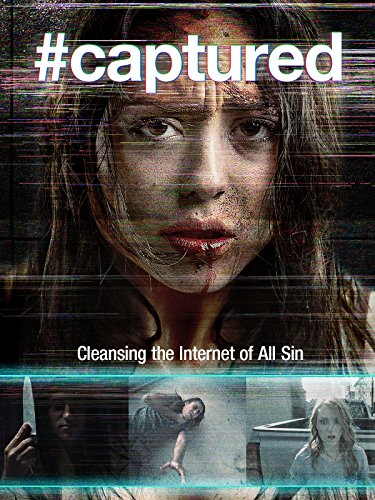 #Captured is a found footage horror directed by Joe Homokay, and written by Lizzie Gordon (Cooties!!!) who also stars in this. For the first few minutes I had decent expectations, much in the style of Unfriended this all takes place from a computer screen, something which still feels fresh to this day. However it soon becomes unavoidably apparent that this really is an awful film with little to recommend.

The film takes place as footage that has been edited together by a mostly unseen antagonist. It is made up both of stuff he has filmed, but also online footage, as well as personal recordings from a group of spoilt high school teens who secretly stream sex shows in order to raise money. It shows how the killer one by one hunts downs and kills these people. 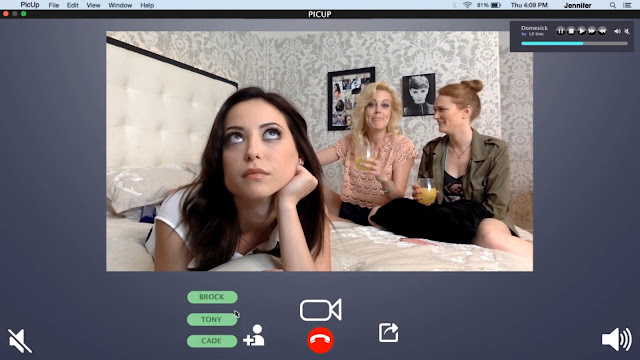 I didn't really mind the basis for how the film is framed, having the obsessed killer piece together everything into a single film is better than the usual placeholder text explaining things. With these high schoolers in particular it didn't seem that far fetched that they would be recording everything, especially in modern day, though I can't see many people in reality doing quite as much as these unlikeable students who film everything from drug taking to sex. The main characters, with the exception of Gordon's Ashley are all irredeemable idiots who don't seem to care about anyone, let alone themselves. These one dimensional characters are all just bland as anything with zero effort to make them at all someone you would care about. This is backed up by some decidedly average acting from a cast made up of some pretty old looking 'teens', though Gordon herself was fine enough, and I did kind of enjoy Evan Sloan (Fear the Walking Dead) who channeled the spirit of Seth Rogan, albeit a much more nasty version of him.

As bland as this was, it was the killer himself who brought this even more into bad territory. For the most part it is just his voice you hear, but rather than sinister or frightening his tone veers from Saturday morning cartoon villain to one of Ramona's seven evil exes from the Scott Pilgrim vs The World movie. Needless to say this doesn't make him someone to feel fearful of. This makes moments when he has captured his victims and is toying with them weirdly dull, and due to his over the top gruff voice kind of funny in places (such as warning a victim he is dragging that there are upcoming steps she needs to look out for). On that title though, I guess I did like the double meaning of it. Most of #Captured is just straight up boring, something that you really don't want for a horror film. I found myself clock watching, whether it was the extended scenes of these dullards hanging out, or the horror parts themselves. Rather than give the kills room they are all over very briefly, making even those parts not worth watching. 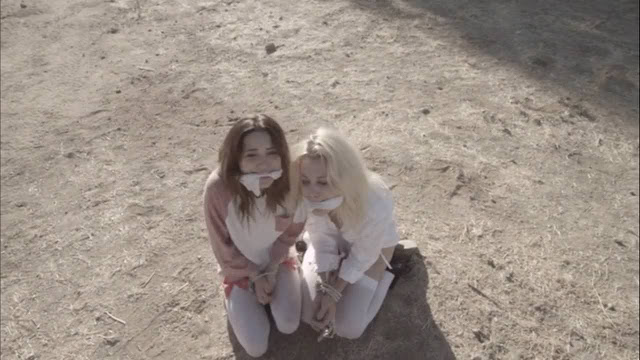 I liked the parts that seemed like they took place on a computer screen, sadly that is only a small part of this, the phone recordings are fine, at least they don't fall into the usual tropes of the found footage genre. The drone shot segments though add nothing to this and feel pointless, nothing would be lost taking those out. Due to the nature of the film the special effects are limited and don't amount to much more than slight amounts of blood. This is all wrapped up into a neat package so at least there was a proper beginning, middle, and end. I will say I loved the end credits, they were very stylish, and even cool, but obviously that was too little far too late.

#Captured is a bad film, there is no way to get around it. While there are a couple of good moments the majority of this was badly acted, bland, and just felt pointless. This came out on 4th February thanks to High Fliers Films.

Posted by Daniel Simmonds at 03:53