I will be the first to admit that when I started watching The Nursery my hopes were pretty low. This is an indie horror with a typical story, and by around the halfway mark I was plain frustrated with how this was going. So it was a shock some forty five minutes later and the end credits were rolling when I realised this had managed to achieve a complete 180 on my opinion of it.

Maddi Conway stars as Ranae - a cash strapped college student who has decided to take up babysitting as a means to earn money. All she has to do is look after a baby while the parents of the child go on a date, promising to be back around midnight. It isn't long until weird things start occurring and after confessing this to her friends they decide to join her for company. All four soon begin to realise that for whatever reason a vengeful ghost is haunting the property and that it means them harm... 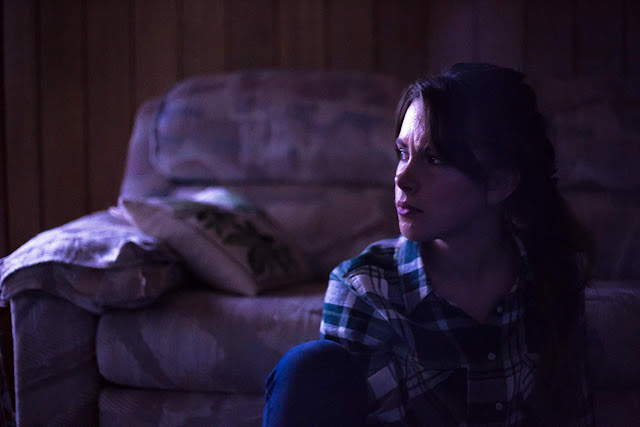 Right from the start I thought the song choices here were really good and well chosen. This is one element that sticks as a constant throughout The Nursery. The hipster style songs that Ranae listens to work as a counterpoint to the unfolding terror, there is a great part early on when the music playing becomes quite distorted for instance. This type of music coming back for the fantastic end credits (black and white clips for each character are played with the image then pausing to bring up their name) was also a delight. It is also the score itself that adds so much. It might be typical horror fare but the music fits the atmosphere like a glove, they blend together very well.

Sadly the first half of this movie is to put it bluntly pretty terrible. The problem stems from the fact that usually there would be a progression, a ramping up of events with the stakes getting higher. Here though The Nursery for the longest time feels stuck in 1st gear, like it is treading water while it decides where to take the story next. There are glimpses of a Japanese style figure in white (the usual long dark hair obscuring the face). There are hallucinations of many different types. Ranae has disturbing nightmares that mirror reality, shes sees things which aren't there and she receives texts and photos on her phone that aren't really there. This all starts to become really quite dull, not helped by the arrival of her friends who all think she is going crazy rather than taking her seriously. 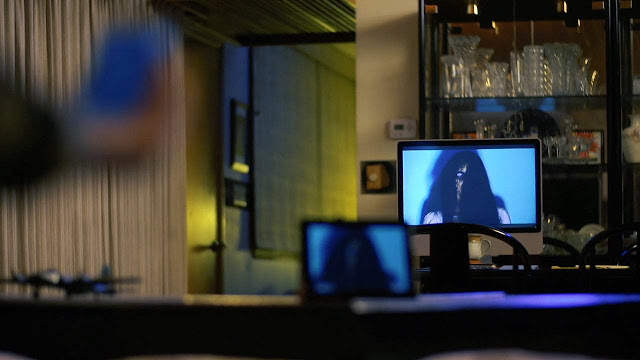 The cast here are all fine for their roles. No one blew me away but no one stood out as terrible either. In terms of the characters actual personalities I found Jeremy (Claudio Parrone Jr.) to be the most off putting, resorting to anger and selfishness when confronted with truth. I liked Conway as a lead, she gave a good 'final girl' feel, being vulnerable but also finding a hidden strength within her to confront the evil. Of the ghost herself then. I can't go into too much as the plot is tied around who this person was but in terms of looks as I said she is the quintessential Japanese version of a ghost, but in a Western setting. What I liked most about her was how physical her presence was. She is a spirit yet she is very physical seeming to have a zombie like form with which to attack her victims.

I never found the hallucinations to be that enthralling, especially the use of modern technology such as mobile phones and laptops. These elements reminded me of the excellent Unfriended but executed nowhere near as well as that one. People getting nasty texts and faked photos never came across as scary, especially when the photos usually are accompanied by really amateur looking text written onto the screen. It looked pathetic to be honest. So it was a joy at the halfway mark when the ghost becomes much more proactive creating at times a feel of The Evil Dead. The ghost becomes a lot more violent with some effective scenes of it terrorising the group. One such scene that took place in a claustrophobic narrow cluttered basement in particular creeped me out. It is this atmosphere that really pulled me in, nothing I hadn't seen before but I did find myself beginning to feel a bit uncomfortable, something that is the mark of a horror that has achieved what the end goal should be. 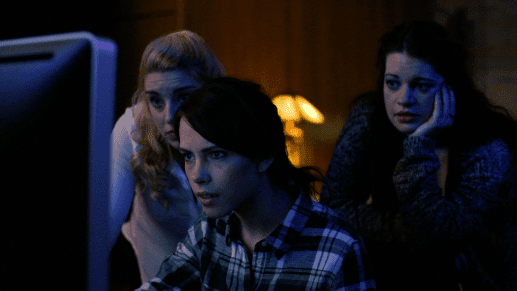 By the time the credits rolled for The Nursery after a perfect mini cliffhanger ending I was well satisfied. If only the whole film had been that way though, the second half repaired a lot of the damage the first half caused but that just led this being a good horror, not a great one. So many little elements didn't fit together, the silly technology hauntings, characters repeatedly splitting up for no real reason, the baby (which seemed to exist as a plot point rather than a physical being) and various other confusing moments. Despite this though when the cogs start going well together (such as the surprisingly well played out story and moments of unexpected violence) this became a horror that I found myself enjoying. The Nursery comes to DVD on 28th January thanks to High Fliers Films.

thank you for the review of the nursery movie, very good reviews sir.