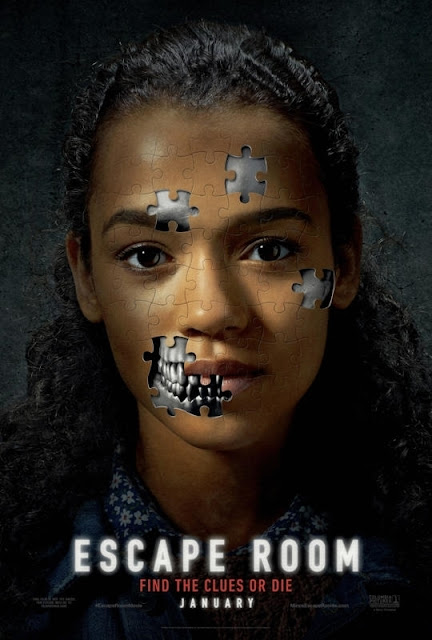 Escape Room (not to be confused with the two separate 2017 films of the exact same titles and premises) is a horror that jumps on the moderately recent rise of the 'escape room' experience. For the few who don't know it is a team based real life puzzle game where you are locked in a themed room and must solve clues and puzzles hidden around the place to escape. It makes a good idea for a horror, though with the real life deaths in Poland when a group got burnt alive last year maybe not the best timing (turns out the release of this was delayed by a few months out of respect for that tragic event).

Six strangers that include introverted Zoey (Taylor Russell - Lost in Space), waster Ben (Logan Miller - Scouts Guide to the Zombie Apocalypse), trucker Mike (Tyler Labine - Tucker & Dale vs Evil), stock broker Jason (Jay Ellis), ex-soldier Amanda (Deborah Ann Woll - Daredevil, The Punisher) and geek Danny (Nik Dodani) receive invitations to go to a new immersive escape room. With a large cash reward should they complete it, all decide to go to the experience which is based in a large office block. Once the game has started though they quickly come to realise that failure in any of the rooms they encounter results in actual death. With no options left the group must work together to try and find a way to escape with their lives... 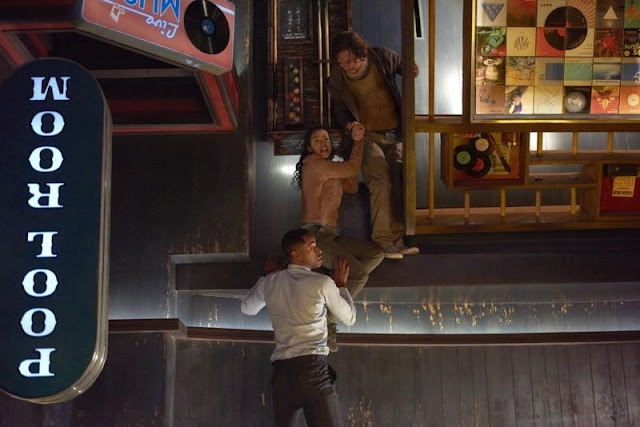 At some point on the Super Best Friendcast (R.I.P) last year they had a discussion about how awful the Escape Room films were. I wasn't sure which ones they were talking about but I still went in to seeing this with my expectations set low. You know what though? This was a decent horror movie. It is designed for a certain demographic, there is nothing harrowing or terrifying to be found here, but in the style of Final Destination this is designed just to be a pure fun watch. This combines the cruel and random deaths of that series then crossed with with both The Cube and Saw. Each escape room (of which there are a few) is connected to the previous by some sort of secret door and so you know each time they successfully escape there is something likely more horrific for the group around the corner. In my head this is a prequel to The Cube series, though one that features slightly more explanation for what is happening. Saw also felt like an inspiration, people captured and forced to participate in games for one, but also as I got a sense that just maybe these characters had sordid pasts that in a twisted way meant they deserved to be there.

While these comparisons fit don't be expecting torture porn, or even much blood at all. Each of the characters deaths while varied are goreless which explains the 15 rating. It soon turns out that the characters are linked by specific past events they went through. Each of the rooms is based on a different trauma one of them experienced in the past. The first room for instance slowly transforms into a giant cooker that threatens to boil them alive. Other rooms include a frozen lake by a log cabin, an upside down bar built over a huge elevator shaft, and a room that looks like the inside of a bad acid trip. The set design in Escape Room is phenomenal, seeing what each new place looked like was a real highlight. Director Adam Robitel (The Taking of Deborah Logan, Insidious: The Last Key) milks these wonderful locations to their fullest. In the upside down bar room for instance the camera is frequently upside down to make it look like the characters themselves are the wrong way around leading to some really visually unique looking shots. The drug trip room just looks insane, helped by the effects on the characters there that sees them distort and morph. They take what could be repetitive and make them a pure joy to see which is helped by the great special effects. 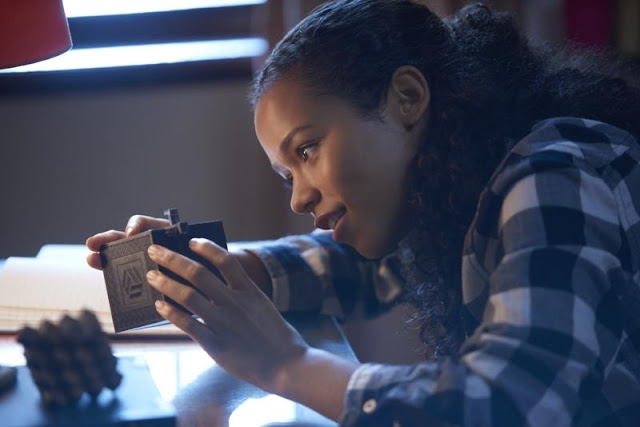 Things get off to a good start when we see one badly injured character, totally on his own fall into a messed up escape room which threatens to kill him. Flashback to three days previous...I just adore this style of storytelling. It led to so many questions from me and immediately kept me engaged. The characters are all stereotypes but that is usual for the fun kind of horror this is, there is a lot of predictable but enjoyable banter between the misfits, as well as flashbacks for each of them. The story is well told, I appreciated how the set dressing in each room directly applies to particular characters, the story told in this way was more interesting as it hints at story early on before eventually explaining the relevance of things. I felt that it occasionally slowed down a bit too much, I would point to the second room as the prime example of one that just seemed to be over long with not too much occurring, but as it moves forward events escalate quicker and quicker.

Purely for set design Escape Room has set the bar for what I expected from this style of movie, it is so well done. The feeling of being in a deadly trap is sustained throughout which makes you constantly wonder what horrors they will have to go through next. My biggest fear is heights, this is the first movie I think I have ever seen where I was made to feel almost dizzy and in a cold sweat for a lengthy period of time. That upside down bar room...boy was I glad when that great scene had ended! You can accuse this of the usual issues: wafer thin characters, predictability and being unrealistic, yet at the same time this was just a fun movie that I found myself totally invested in it.

Posted by Daniel Simmonds at 03:37