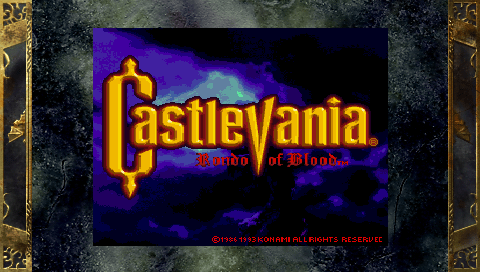 The Castlevania series of video games are one of my all time favourites, nearly each and everyone I have played I have really enjoyed, especially the Metroidvania styled ones. Castlevania: Rondo of Blood originally released on the PC Engine CD exclusively in Japan, it found a Western release on the PSP in 2008 as a re-make. I own that version but I stopped playing about halfway through for whatever reason. Then in 2018 it got another re-release, this time on the PS4. Being a lifelong fan with unlikely hopes of a new Castlevania game getting made I again brought this, but this time I actually played it through to completion.

Rondo of Blood takes place in 1792 where vampire hunter Richter Belmont's love Annette has been kidnapped by the dark priest Shaft who has taken her to Castlevania: the home of legendary immortal vampire Dracula, who he and his followers have recently resurrected. 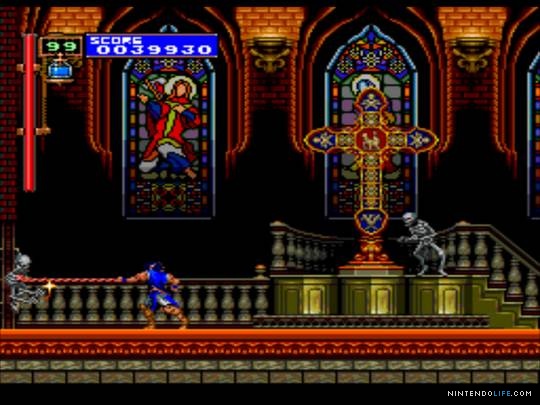 As always the story is quite brief and small, but that is what I love about these games. Having an immortal vampire as the antagonist is of course a lot of fun, but I also love how the lore affects your view of the game world. Castlevania itself is the physical manifestation of chaos which neatly explains away why it looks different each game. Rather than the latter games Metroidvania style (essentially one gigantic level) this features nine stages that are set in and around the titular castle. Starting off with an exciting cart ride into a nearby village your journey takes you through graveyards, chapels, even a ghostly ship makes an appearance. Each level is divided into various stages that are entered and exited by doors or stairwells.

Another thing I love about this series is how the same old enemies and bosses are constantly making appearances. Here is no different with a multitude of iconic foes. Skeltons who throw their bones at you, small flea type creatures that leap around, medusa heads that float along, zombies, armoured knights and more. These are all fun to fight. The bosses are also a varied bunch with a few classics showing up. Along with the werewolf, minotaur and wyvern you get the always great appearance of Death (Dracula's natural ally due to them both being unkillable), then the classic battle with Dracula himself. I like how this final boss battle is nearly always identical in how it plays out, here is no different with the initial fight with him in his human form before he shows his true appearance as a giant demon. 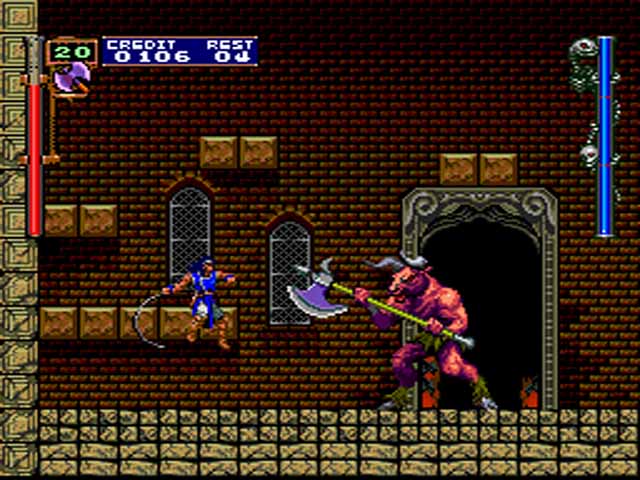 Richter is the initial character you control, he is a relatively slow whip wielder who can get access to special weapons such as a crucifix, holy water, knives and axes. Depending on your route through the levels you can unlock additional characters that operate differently. I did much of the game as Maria who has access to magical animals as her weapons, is weaker, yet has the great ability of a double jump that makes progressing through the platforming a lot easier.

Despite coming out in the early 90's due to the machine it was released on this features great sounding music (as the series is well known for), and fully voiced animated cutscenes. To say these cutscenes haven't aged well is an understatement, they are awful! Castlevania: Rondo of Blood is a solid entry in the series, I would call it the workhorse of the series, it is adequate and well put together but there are so many more better games that it fades into obscurity a little bit.