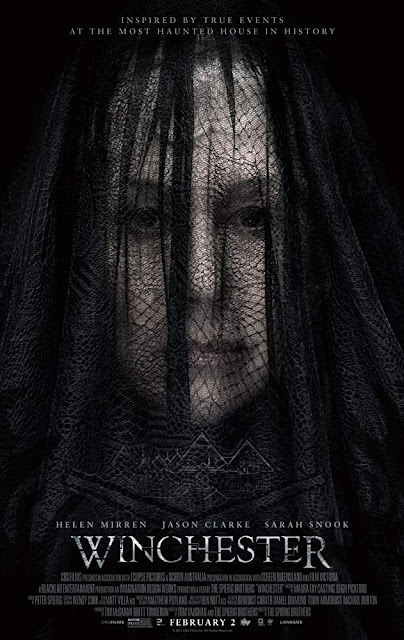 It is that time of the year once again when the annual Fright Meter Awards are in progress with the nominees announced for the various categories. Being a member of the awards committee I find myself having to get up to speed on the films that got nominated but which I hadn't seen. Winchester is up for the award for Best Costume Design. This is another of those horrors that purports to be based on true events, being as it is about the infamous Winchester house in America that is said to be one of the most haunted mansions in the country. The actual plot itself is entirely made up for this movie, but the belief that victims at the hands of Winchester rifles haunted the mansion was held by the real life Sarah Winchester, as was her obsession with constantly adding and building to her property.

It is 1906 and psychiatrist Dr. Eric Price (Jason Clarke - Terminator: Genisys) has been hired by the Winchester company to judge the sanity of principal shareholder Sarah Winchester (Helen Mirren - the Prime Suspect series). In return for him diagnosing her as of unsound mind (and thus being forced out of her company) Price will be compensated handsomely. He arrives at her property where he discovers she believes that ghosts of victims of her family's famous rifle haunts her, and her house. Initially believing her to be suffering from hallucinations he slowly begins to realise that there may in fact be some truth in what she speaks... 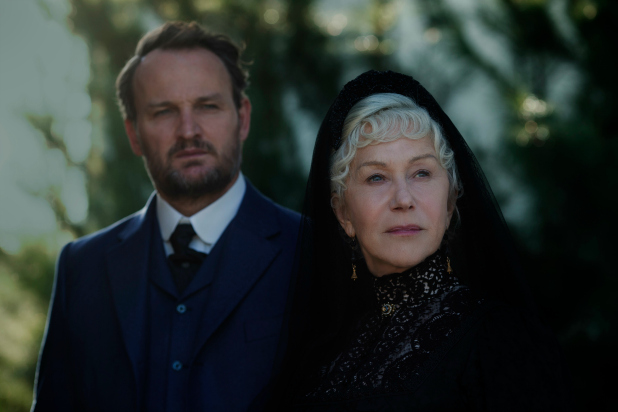 This reminded me a lot of the classic Thir13en Ghosts, albeit a much more mellow and less violent version. The location itself is the most memorable part of this, a huge sprawling mansion that is constantly being modified and added to 24 hours a day. Rooms that lead nowhere, secret passages, and many doors that have been sealed off. There wasn't as much house exploration as you would expect though, with a series of corridors and rooms that you never really see people going through logically, they just get shown at the start and end of their wanderings around the mansion.

While I didn't mind this it didn't really set my imagination on fire, instead it treads a story format that I have seen many, many times before. Rather than focus on intense horror this instead takes a ghost story and slowly spreads out the horror to make this far more of a mystery than anything else. You got Gothic style night-time jaunts around the property, the occasional sudden spotting of a ghostly figure, and lots of serious conversations. This does all pick up in the last half hour with a antagonist that makes an appearance which I found was fun enough. There are a few jump scares, not too many thankfully, and mostly they revolve around one of the many servants suddenly bursting into view from behind a secret door. I did enjoy the finale though, the final showdown in particular was entertaining, if not mind blowing. 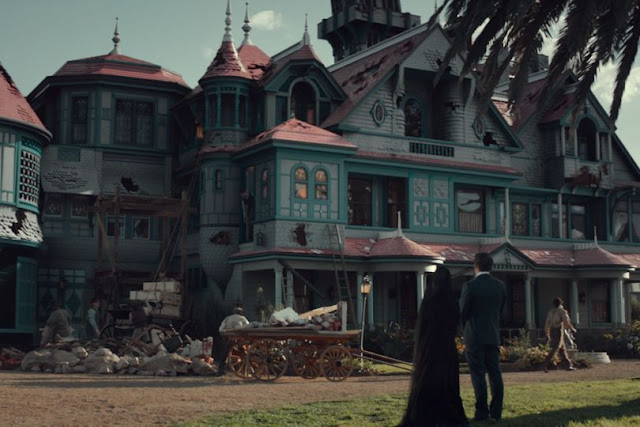 There are a lot of cast here, but it is only a few who really get anything much to them. Clarke was likable as the Dr., he never acted in an annoying way and conversations he had with other characters was always well acted. The aspect of him being a drug user wasn't that well covered, it seemed there just as a way for his character to dismiss the ghosts whenever he saw them, yet once the drugs were removed aside from a throwaway line there wasn't any negative effects for him. Mirren was good as Winchester but there wasn't really much to her, she speaks matter of factly and in a way that often felt aloof and uncaring about the world. The other major characters were relations to Sarah: Marion and her annoying son Henry who I felt were only in the film to add length to it. They have almost a subplot going on of Henry getting possessed constantly by the antagonist ghost, I really couldn't care less about this part of the movie. Kids are usually annoying in movies and to be fair the actor doesn't suck, mainly due to not having much lines with which to irritate, but especially later on in the movie the situations they got in just added nothing to the movie and felt pointless and out of place.

Winchester is a film that it is too hard to feel bad about, it is tame almost to the point of being mundane but does have enough going on to stop this ever becoming boring. Personally I wish there had been more exploration of the various ghosts in the manor as it is only really two of them that get any sort of backstory to them. The film stays sensible without any over blown dramatics going on, this is helped by the cast who stop things from feeling too silly. Not a film I regret seeing but it doesn't do too much to stand out and so like ghosts themselves is destined to fade away from my mind I feel. Winchester is currently available to watch on Netflix.

Posted by Daniel Simmonds at 09:25