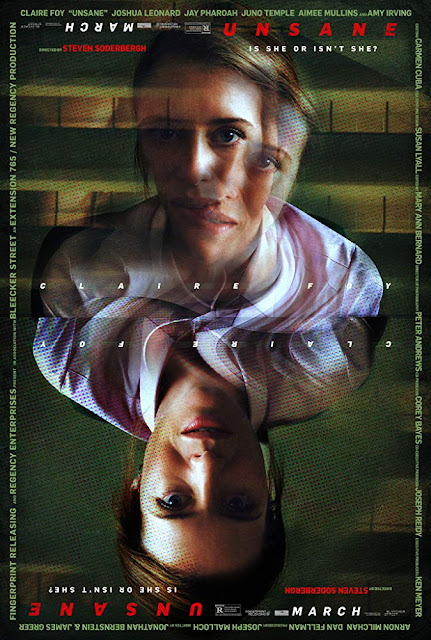 Another day and another start to a review with me saying 'I wouldn't have watched this if not for the Fright Meter Awards'. It is especially true of Unsane though as even the box art made me think this wasn't going to be good. Claire Foy (Season of the Witch) stars in this and has been nominated for Best Actress In A Leading Role.

Sawyer (Foy) has moved to a new city to get away from a stalker that had been making her life hell. Still suffering from anxiety she goes to a psychiatrist for help but instead ends up being tricked into committing herself to an asylum as part of a health insurance scam the place is running. She is more than shocked to discover her stalker David (Joshua Leonard - The Blair Witch Project) is an orderly working there under a false name, but of course no one believes her, assuming her accusations are part of her illness. Is her stalker really working there though, or is she legitimately suffering delusions? 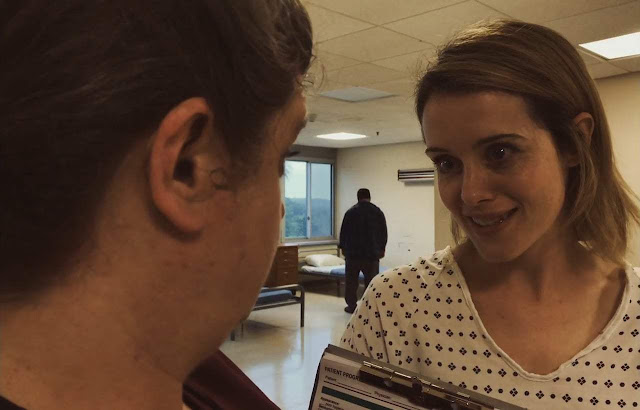 The key mystery of this which really brought me in was whether this stalker character was real or not, yet Unsane doesn't do a good job at all of making this ambiguous, in fact the opposite, showing its hand far too early on for my liking. At first this seemed like a nightmare, the whole sequence where Sawyer is tricked with events spiralling out of control was thrilling and also scary in a real world sense. It soon becomes apparent though that this isn't really where the tension lies, it is instead her encounters with her believed stalker. While this isn't the usual sort of horror I would go for (alright, this is far more a thriller) I still found myself unable to stop watching. A lot of this was that I felt so concerned for Sawyer, I needed to see that everything worked out well for the character due to the injustice she faced. But it was also how she would get out of the far more dangerous situation she found herself in when everyone she tells assumes her just to be crazy.

Foy carried this film and I did find her character to be quite interesting just for how she wasn't a usual innocent soul. Her character is assertive, strong willed, and doesn't care about doing the right thing. She is happy to use people for her own ends, and due to this some dark stuff happens that made me question at times if she is almost a villain of a kind. This become more apparent in the final third with some unexpected moments. I also found Leonard to be great as David, his role is far more predictable, and so constrained but he fitted into this well and I found their interactions enjoyable. Another character that was pretty good was Nate (Jay Pharoah - Call of Duty: Infinite Warfare 'Zombies' mode), his character was just straight up nice and so stood out in a movie full of mostly indifferent characters, plus there was a nice twist for him. The basic plot isn't bad at all, it kept me wanting to see how it played out, occasionally though there were some pretty big plot holes that Unsane stumbles through. There was also one scene in some woods involving a dead body that I honestly still have no idea who the corpse was meant to be, maybe that was just me being tired though. 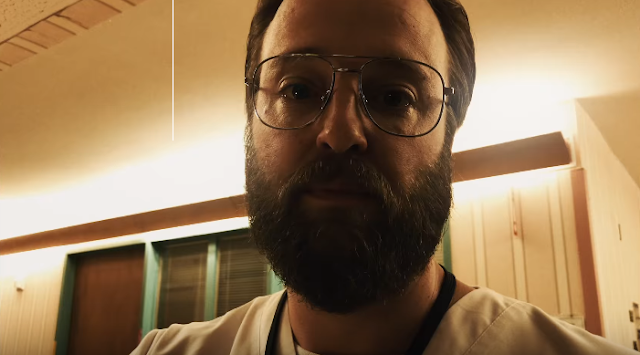 While watching Unsane I often thought that the camera quality seemed a little bit basic, especially during outdoor sequences, but even so I was still surprised to find the whole film had been shot on an iPhone 7! While it is quite impressive I also feel a proper camera would have helped this as at times it looked a little amateurish in terms of quality. It is only really the camera quality which is low though as I didn't find any issue with the directing even if it didn't do too much to stick out. Actually, saying that there is one tremendous scene where Sawyer has been drugged and she goes on a crazy solo rampage that features her face superimposed onto the back of her head as she shouts gibberish and walks into walls. Thinking about it that was my favourite part of the whole movie for how random it was.

Claire Foy is great as Sawyer, she gets some good conversations while I found her character to be something a little different. I also liked the plot with this sometimes taking some unexpectedly dark turns that almost bordered on the bleak. For me though the story went were I wanted it to, and I did really enjoy the epilogue. There are plot holes and stupid moments but overall Unsane really wasn't that bad a film at all.

Posted by Daniel Simmonds at 15:56