The Rotting Zombie's Round-up of Horror News for December 2018 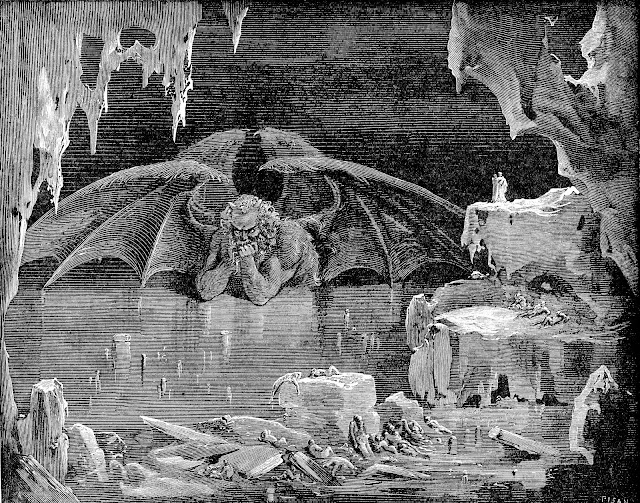 Here we are, the final day and the final blog post for 2018. This has not been a good year, I would liken my travel as to that of Dante's journey into Hell. Things have certainly improved with outcomes that would not have occurred had that trip not happened. Still, sometimes I wake up in the night, memories of that fearsome sight of Satan encased in ice, forever trapped in Judecca. All that is to say...roll on the news!

Terror Films has joined forces with Jim Klock (Massacre on Aisle 12, 6.66 PM) and his Code 3 Films group for a three picture deal. The first of these three is to be Red Letters which is currently in post production. The films is about two private investigators who take on a dangerous assignment that leads them to true evil. The film stars Darrell Martinelli, Emily Adams, Kelsey Trainer, and Klock himself who also wrote and directed this. Check out the teaser trailer for this.

In time for the Christmas season (that is pretty much over, damn you Silent Singer!) came O' Bloody Night, released by Troma Now on Video-On-Demand. This horror is an anthology, one of my favourite types of film, and of course as the title may suggest, these shorts all take place around the Christmas period. To see this for yourself head here.

Horror reviewer/interviewer Spooky Astronauts and Andrew J.D Robinson (The Becky Carmichael Fan Club, founder of the annual 15 Second Horror Film Challenge) have teamed up to make an immersive how-to filmmaking video for aspiring filmmakers of short films. If that appeals to you then watch the video below.

The easier to pronounce than it first appears to be Agalmatophilia has been released on DVD, VHS and Prime thanks to Frolic Pictures. This bizarre movie is about an office clerk who hires a new secretary that just so happens to be a living mannequin, soon he becomes to develop feeling for it. It sounds all very weird and arty, a guess backed up by the fact this was all shot in black and white. It certainly sounds like something different that's for sure!

The Man in Room Six is an art-house horror film that stars the legend Bill Oberst Jr. (Coyote, DIS) and Jackie Kelly. It is directed by Trevor Juenger who also did Coyote. There is a crowdfunding campaign going on  at Seed&Spark to help raise funds for this, more information can be found here. The Man in Room Six is about a troubled woman who meets an elderly man (Oberst Jr.) in a nursing home who claims to be immortal. When this man goes missing the woman is accused of his murder and committed to a girls' psychiatric ward.

Finally, in January 2019 comedy horror Hell's Kitty is going to be screened in the UK at the Horror-on-Sea Festival. This movie is about a writer and his possessed cat Angel that won't allow him to have a love life. Among it's claimed iconic cast is Doug Jones (Shape of Water). For more information about the festival go here, and for more information on the film itself check out their website.
Posted by Daniel Simmonds at 02:29