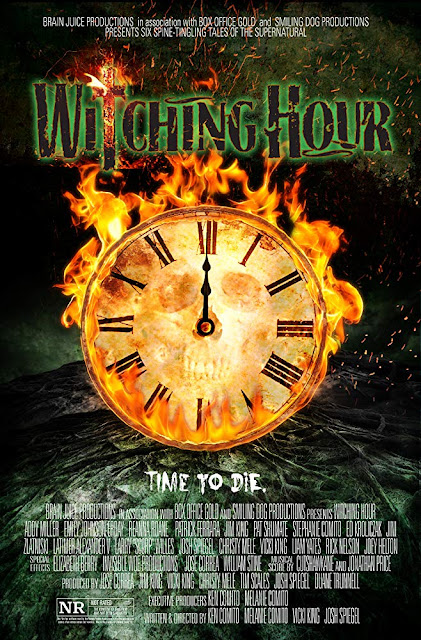 While I did not know anything at all about Witching Hour I will say that I expected it to be low budget rubbish when I turned it on. That was until I realised it was a horror anthology, and that is a particular sweet spot for me as I love the variation this style of film making brings. Sure enough there were some shorts here which were pretty terrible, yet there were also a couple that actually were pretty decent even with the limitations of this low budget indie.

Two housemates: Logan (Emily Johnson-Erday) and Dee (Reanna Roane) are out shopping in an antiques store when one of them is drawn to an old mantlepiece clock that she feels she just has to buy. Talking to the store owner (Patrick Ferrara who also appears in the sequel to this Witching Hour II) he warns her that the clock contains within it an ancient powerful artefact that had been hidden away to stop the Nazi's getting their hands on it during World War II. The warning is ignored and the clock purchased, but it turns out there really is some power within the device, an evil power that is able to influence people's minds for bad. 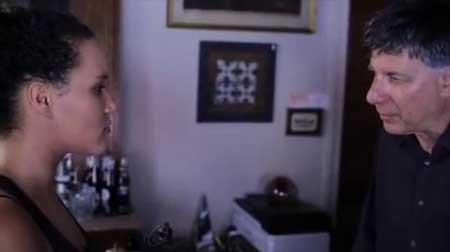 The wrap around story is literally titled Framing Story and sees one of the housemates desperately try and find a way to destroy the clock which she realises has brainwashed her friend. Rather than just an excuse as a method to neatly fit in the shorts this actually has additional scenes that give it enough meat to stand out as a proper short in itself. It was interesting that one of the housemates was deaf, both in that it leads to prolonged scenes of sign language, but also that it seems that maybe that's why that housemate couldn't be influenced like the one able to hear.

Each of the six short films takes place with a different set of characters who have happened upon the clock. The first is unfortunately also the worst with Gone that is about an aging couple who clearly have not had a happy marriage, the wife wishes out loud for her past to be erased. This one was just dull, it had an unlikeable cast and a plot that didn't really go anywhere at all. I can't say this set me up well for the rest that were to follow. 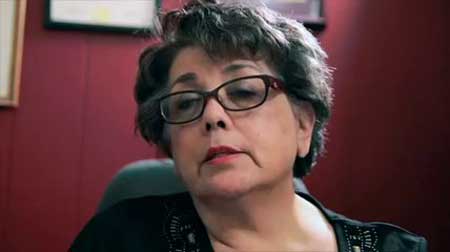 Next up was Misfortune that was an improvement but it still didn't do much to stand out from a lot of nothingness. In this one a young man enters a magic shop for a reading from a psychic, it soon becomes clear that he knows far more about her than she does about him. The general idea was nice here and I liked the use of tarot cards which really added to the dialogue being said, though the start and end were a bit weird.

The Birthday Present was the first short in Witching Hour were I began to enjoy what I was seeing. In this one a creepy clown is hired by a rich businessman to scare his spoilt daughter, however soon the tables are turned with the clown the one being scared. This was a good short, the clown (as always) was creepy and led to some cool chase scenes. A particular highlight was a scene taking place in a tight alleyway. This one even had a decent enough end, helped by the actress playing the little girl who was able to look a bit unsettling. 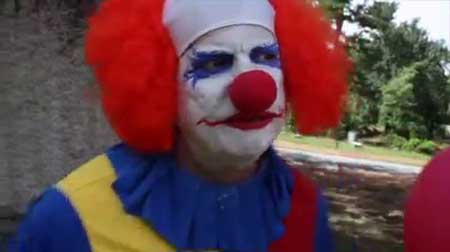 The Rules of Being Dead did something different in that it was more light and sweet than the other horror shorts here. In this one a friendly ghost is horrified to find out the same evil clock that caused his death is now in the hands of the new tenant of his apartment. Aside from about five words this was completely silent, there was a Zombieland style vibe in that as it goes on different rules pop up as text on screen to describe the rules of being a ghost. This did a lot in a short time, explaining a lot just via silent scenes. This offered something different to everything else and as such it stood out.

Let There Be Dark was my personal favourite one contained within Witching Hour. While the acting wasn't the best the general idea was solid, there was a slight feeling of H.P Lovecraft with this one. A teenage boy is at a session with his psychiatrist due to his fear of the dark, as he explains it though it is not so much the fear of the dark as it is the fear of the absence of light. Religion played into this and with plenty of dialogue and use of repetition there was a vague build up of anticipation for what was surely to come. 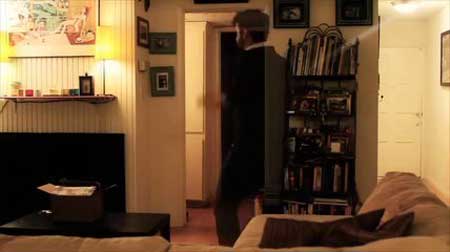 The final short is Blood Writes which was interesting in its meta-ness but didn't really do anything to special. Here a writer for Witching Hour desperate for fame and fortune decides to sell his soul in order for the film to be a success. The problem with this one, like that of some of the others is that the initial idea just isn't developed very far.

I think I will always have a fondness for anthologies, this is a prime example of demonstrating how even if some of the short films aren't so good the work can still be saved by an inclusion of several good ones. Witching Hour can be purchased in the USA here, UK here, and the rest of the world here.