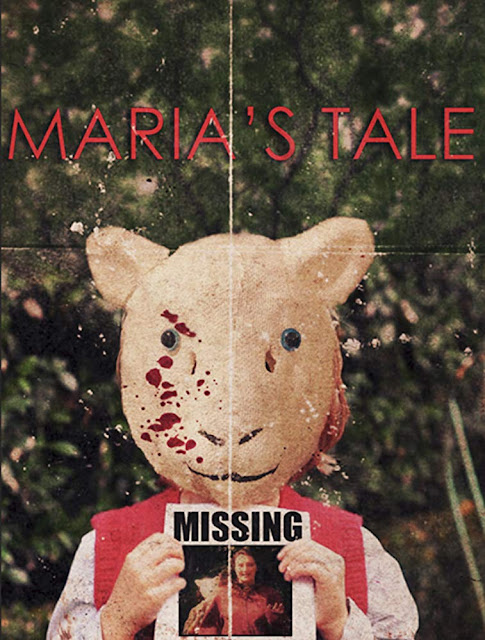 Maria's Tale is a very low budget found footage horror that was shot over a quite impressive four day period with many of the small cast being first time actors. This is made up of both a typical found footage style movie as well as the more modern trope of it being framed as part of a bigger documentary. It seems that both these separate aspects: that of the found footage and interviews with friends and family members of the protagonists each had just two days for the filming to be done. While this is all impressive that a film such as this could be shot over this limited time frame it does mean that this can be extremely rough around the edges and not really have too much to it.

Maria (Saorise Stuhr) was the young host of an up and coming internet channel that went to various purportedly haunted locations to make videos With on screen text and explanations by documentary makers it becomes apparent that her most famous video was also her last, with her and her crew - boyfriend Mario (Zachary Chase who also co-directed this with Robert A. Trezza. Trezza was actually a producer on the memorable found footage horror The Faith Community) and Jake (Joel Hair) getting into trouble while en-route to an abandoned asylum. 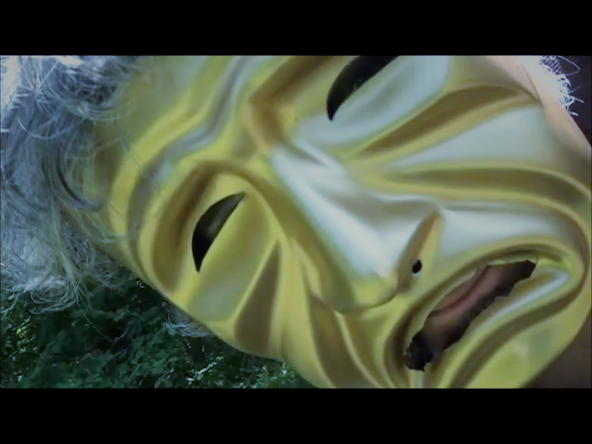 It's not that I disliked Maria's Tale, it is more that I just didn't think it was that good as a found footage horror. All the elements were there they just didn't add up to something that I found satisfying. This is a mix-up of old and new style, the former with the rough amateur look to the filming, and bare bones story, the later with more of a focus on antagonists, and the previously mentioned 'film within a documentary' trope. Thankfully there is zero shaky cam and no sense of things being filmed when there is no need to. Maria and her crew are filmmakers and so it is believable they would be recording constantly, especially so when they are all so young and inexperienced. I also thought the setting was interesting with how normal it seemed, with the gang heading towards an asylum I assumed the scares would come from there, it doesn't take much to make a creepy building look menacing after all. Instead we get a nondescript property near some woodland that wasn't creepy looking at all.

The horror then is due to people and not locations with the trio meeting an unhinged pair of psychos in the form of Cesar (Robert Elardo) and the flamboyant George (Michael Ciesla). This heads more towards the newer way of making these films with the antagonists getting to talk and explain their actions to the camera. There wasn't any sense of peril from these characters though, they do bad things but not scary things. Cesar is a gruff old survivalist, but it is Ciesla who steals the film with his over the top outlandish performance that came across as far more comedic than threatening. The three main protagonists were not too captivating, I mean I liked Maria, she really did seem as down to earth as one of the talking heads in the documentary section stated, Mario and Jake though had almost nothing to them and so it was really hard to care at all about what happened to them. It didn't help that none of them sounded that bothered about what was happening around them even when their lives were at risk.

The plot is quite basic and felt almost like it was being made up as it went along, or that there was a general outline for the events that were to happen but that the actors had been given free reign to ad-lib all their lines. Things all seemed to be a bit chaotic and random while also being mundane in how little happens. This never got boring though, all too often the desire to bloat out a film is too difficult to resist, but at 70 minutes Maria's Tale feels slim more than anything. The documentary parts appear at the start for five minutes, but then the last 25 minutes are also mostly this. This then leaves about forty minutes for the actual found footage part which was all too brief. There was no ramp up of suspense and atmosphere, instead the horror comes swift and out the blue and as a result anti-climatic. I felt personally that it might have benefited having these interview parts spread throughout rather than bookended at the start and end, though obviously they would have had to be altered to comment on the events unfolding.

While the acting for the most part was better for the non found footage segments I found it weird how no one really seemed that saddened about what had happened to Maria, everyone seemed to have a friendly glint in their eyes, as if they thought what had happened to the girl was a good thing for her. The same comes for when the antagonists are discussed, again no one seems to have any negative emotions associated with them which led me to thinking a twist was going to appear right at the films end that it had all been staged by Maria. Interestingly there is evidence for that theory dotted here and there throughout such as an old teacher of hers saying how she used to make up scary stories to scare the other students.

I really didn't mind Maria's Tale, sure it was low budget but it avoids the biggest pitfall by not being dull. This just wasn't at all scary or atmospheric though, I never felt peril for the characters, I didn't find the bad guys to be effective and I didn't really get on with the pacing. There were some nice moments here (Ciesla's rantings, and the surreal Christmas scene) but mostly it felt uneventful, even when eventful stuff was going on.