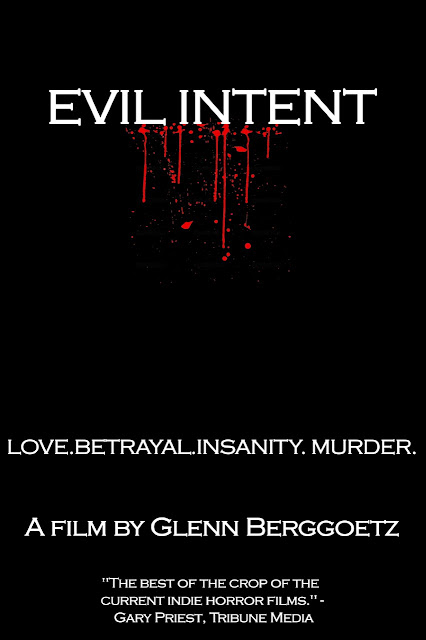 Evil Intent is an insular dramatic thriller that takes almost exclusively in the one small apartment, and it revolves around the concept of 'gaslighting'. The term gaslighting originated in the late 1930s and refers to the psychological manipulation of a target in order to make them think they are going crazy. I have an intimate knowledge of this due to a long running inside joke me and my best friend have that I was the person responsible for bringing this term back into general use, and so this film constantly entertained me due to it being nothing but a 75 minute gaslight on a poor victim.

Stephanie (Giovanna Leah) lives with her two friends Kelly (Libby Baker - Criminal Minds, Modern Family) and Tricia (Andrea Rabold), and she just so happens to be dating Paul (Jason W. Griffith) whom Kelly used to date. Weirdly it seems that she is fine with her ex boyfriend now seeing her best friend, but that is only on the surface. Unknown to Stephanie both Kelly and Tricia are in the midst of a plan to make her think she is going insane, but will their plan succeed or will the poor victim figure things out? 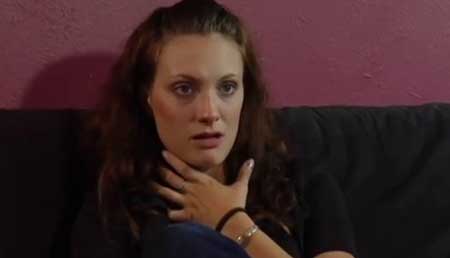 The single setting and the cast of just five characters (Glenn Berggoetz who also wrote and directed this rounds out the cast as a psychologist) makes this feel quite claustrophobic which helps with removing any kind of distractions. The low key drama of this reminded me a lot of Tricia Lee's Clean Break that also took place mostly in the one nondescript apartment. There really isn't much horror to be found here at all with much of the running time being the two women pranking Stephanie. She is on medication for some unknown psychiatric disorder (with it said she once had a psychotic break) and so while Kelly replaces the medication with fake ones, Tricia does her best to make Steph think she is hallucinating and hearing voices in her head. This is the majority of the movie with Paul there every now and again but not really having much to him, he spends chunks of the film out the picture, but he is harmless enough, if a little dense.

Evil Intent uses a plot concept I do so enjoy though, that of scenes set in the present day with the majority of the film being a flashback that Stephanie is describing to a psychologist. These parts were a little bit odd though as both her and her psychologist almost speak in code seemingly just so that the twists are not revealed to the viewer. All that seems apparent is that in the present she knows she had been tricked, with it being hinted with what she says that it led up to a terrible moment. On the one hand I did really like the finale, it was satisfying and funny, but on the flip side of that it was very silly, and quite unbelievable that things would end up like they did. 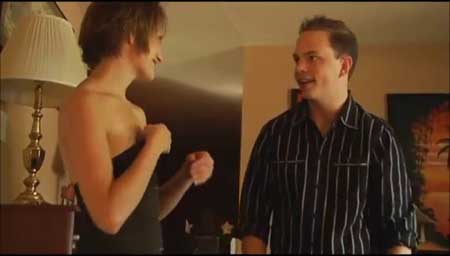 The plot told is quite simple with it starting with Kelly's plan already in motion. Back story is told via conversations characters have with each other and so there feels like parts are missing when it comes to the motivation of various characters. There are flashbacks within these flashbacks that show clues as to the divide that happens with the friends. The small cast are all fine in their roles, I did bizarrely struggle to tell Kelly and Tricia apart and kept getting them mixed up. For the run time there also was not a lot that actually happens, it isn't a slow burn but it also isn't high on action, what little action there is comes in the last ten minutes, the horror before this is just psychological torture for Steph but never seemed over the top or unrealistic. The whole film has a soundtrack that sounded like something made for a TV film, slightly generic and inoffensive, and the few establishing shots of the outside world seemed somehow off, like the outside resided in some strange dimension where the colours were strange.

With Evil Intent you have an interesting exploration of the notorious 'gaslight' idea, for that I couldn't help but enjoy this. For people expecting much more than an intimate drama you may well come away disappointed, the story while fine enough wasn't mind blowing with this being a good enough watch, but something that I feel may be a little bit forgettable in time. Evil Intent is now available on Amazon.