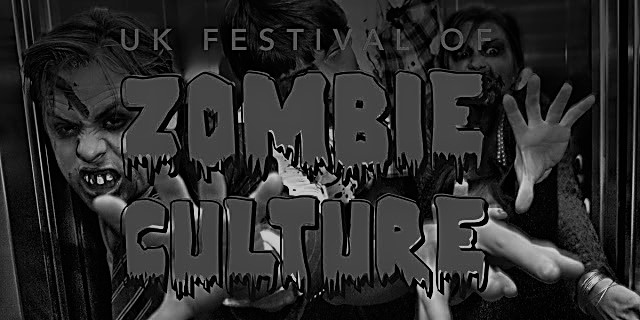 Another month and another chunk of horror news. In personal blog news I have screeners coming out my ears at the moment so I'm hoping my week off my day job next week will allow me to shift through some of those! Terrible, terrible news to start with news that the UK Festival of Zombie Culture is no more. That Leicester based zombie event held a special place in mine and my cankled besties hearts, we went 5 years in a row and so it is genuine heartache the cancellation of it brings. Zombie Ed (well, I guess just Ed now) who ran the event said that due to busy work and children to take care of he just doesn't have the time to run it anymore. Really really sucks, if anyone knows of a UK based zombies exclusive film festival then please let me know!

Trauma was released on Blu-ray, DVD, Cable and Digital HD on October 23rd thanks to Artsploitation Films. This Chilean horror is a cinematic depiction of the horrors committed by the Pinochet regime and the cycle of abuse that followed its fall. It concerns a group of woman who head to the countryside for a weekend getaway but find themselves hunted by the rageful victim of government torture.

Phoenix based dark alternative rock band The Spider Hole currently have a Kickstarter campaign running to help support their upcoming LP and graphic novel To The Monsters. Their third full length CD is an ode to Halloween, weird fiction and timeless horrors and will feature 11 new tracks. There is currently 5 days left on the campaign with the target surpassed. To contribute head to the page here.
Swedish cult movie maker Jonas Wolcher (Hermit Monster Killer, Cannibal Fog) has created his first music video which is A Life Pretending with Swedish duo Mechatronic. In the video a bored cleaning droid working at a theatre gets out in the night to discover the city.

Klayton has released 'two chilling tracks guaranteed to make your skin crawl'. Shadow of Death is said to have a classic haunted house feel, while Hell or High Water apparently will make you sleep with the lights on 'for weeks'. The tracks can be purchased and streamed here.
More music news with death-metal band Bloodbath who have released a horror themed music video for Chainsaw Lullaby. Their latest album The Arrow of Satan is Drawn is out now via Peaceville.

Filming has finished on Dark Resurrection: Keepers of the Force. This is the final chapter of the sci-fi saga that is loosely based on Star Wars, written and directed by Angelo Licata. Post production is due to start shortly. Once work is completed it, like the previous episodes will be free to view.
The Butcher Brothers A Beginners Guide to Snuff got a street release on 16th October, I gave this a grand 8/10 when I reviewed it last year and said "All in all I was impressed".

New horror film Trick has been announced, it is to be directed by Patrick Lussier (My Bloody Valentine, Drive Angry, Terminator: Genisys). It is about an elusive serial killer who annually goes to a small town to do what he does best. The man hunting this killer known as Trick is Detective Denver who in the past shot and seemingly killed him.

Horror anthology Tales of Frankenstein premiered on October 24th theatrically, while it was released on VOD and DVD on October 19th. The film stars Mel Novak (Bruce Lee's Game of Death, An Eye for an Eye), Jerry Lacy, Ann Robinson (War of the Worlds), Jim Tavare, T.J Storm and Len Wein (the creator of Wolverine and Swamp Thing). The anthology features four short films based on the short stories from the book of the same name by Donald F. Glut. These include My Creation, My Beloved, Crawler from the Grave, Madhouse of Death and Dr. Karnstein's Creation.

Next up is Tuftland which is a Finnish hillbilly thriller acquired by Subliminal Films for US distribution and is due for a theatrical release on March 1st. A head strong student accepts a summer job offer in the isolated village of Kyrsya only to find it full of sinister offbeat hillbillies. It has been noted for its 'controversial and provocative blend of feminist themes, arthouse refinement, and slasher tropes.

Horror/thriller D-Railed starring Lance Henrikson (Aliens, The Terminator) has recently been completed. A train derails into a river where the surviving passengers 'are faced with a grim challenge...die in the wreckage or face the unknown that awaits them in the murky waters below'. It has been coined with the hilarious genre name of Agatha Creature, check out the trailer below.

Andrew J.D Robinson's fourth annual 15 Second Horror Film Challenge has released a festival trailer. As the title suggests all the 500 plus films entered clock in at just 15 seconds long each. Judging takes place from November to December with two judge panels: a community panel and an impressive celebrity judges panel The list of celebrity judges is over 40 and features such people as Lloyd Kaufman (Troma), Jessica Cameron (American Guinea Pig: The Song of Solomon) and Jason Lively (Night of the Creeps). The final 20 last year were a lot of fun to watch and so I look forward to seeing what is chosen for this years contest winners.

The official trailer for Human Hibachi has came out now. This found footage horror is due for release in 2019 and is about a Japanese man documenting his girlfriends 35th birthday from the moment she wakes up to the moment everything goes wrong. This is currently in post production.

Finally as a Halloween treat is the free online release of short horror Goodnight, Gracie. When I reviewed this last year I gave it a solid 8/10 and thought it was pretty special. You should definitely check this one out. That is all to say for this round-up, except Happy Halloween!