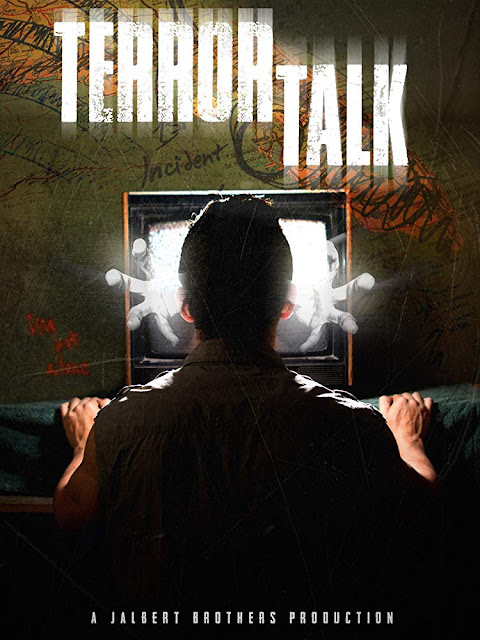 When I first heard of Terror Talk a few months back I really liked the sound of it. It is the third feature film from the Jalbert Brothers (House Guest, Haunted Tours) and the second of their feature films I have seen. I was prepared to enjoy this and thankfully I did, while it falls into some of the pitfalls of the tiny 'man on own for entire film' sub genre of horror I felt it was a giant step up from House Guest and while at times felt a bit familiar it had a delicious dose of paranoia throughout.

Kenny (Sean Michael Gloria - Werewolves in Heat) is a doomsday prepper who is in a unique position of actually being able to put his planning into fruition after a deadly and highly contagious virus sweeps America. Having recently moved into a new property he has done everything as imagined; he has food and water and other essentials, he has power, and he has barricaded and blocked all the doors and windows. Unfortunately for him there was one thing he forgot to check, and that is to find out the history of the house he has brought. While he may be in one of the safest places in terms of waiting out the virus the location he has chosen turns out to be haunted. With leaving the property off the table he must instead try and find a way to survive inside, and try and avoid going insane...

Films that primarily feature just the one actor live or die by the casting choice for the main lead and with Gloria (who really reminded me of an older Ray Santiago)  you have someone who does remain compelling, though this is more to do with how underdeveloped the character is than anything else. After a quick prologue we get thrown right in with Kenny having already barricaded himself in, there is no back story to him, what sort of a person he is, what he does, or how he really came to be where he is. This works though as it makes everything all the more involving with the mystery of the character meaning you never really know what to believe. The meat of the film is Kenny talking to a variety of characters he meets on a ham radio that the previous owner left behind, each one he talks to suggests something slightly different about what is going on. The main one is Headhunter (Bob Glazier - Demon) who is a conspiracy nut, the other two being Social Sarah (Karleigh Chase) who has a belief in ghosts, and Papa Bear (Daniel Wachs) who leans more towards Christian views of Hell and damnation.

Much of the film is the conversations that Kenny has with the faceless voices on the other end of the radio, each had fantastic voices and so they were quite compelling to listen to. These parts reminded me a lot of the Silent Hill series of games as the voices in general sounded slightly sinister, especially later on when they begin to talk about much darker subjects such as rape, murder and torture. I did find it a bit odd that Kenny happens to have discovered a radio with contacts who match his views, the fact it wasn't his radio felt a bit strange as he immediately impersonates the previous owner by taking on his code name of Grey Man. Other than these voices there are only a few other characters we see and their interactions with the main lead are marginal at best. 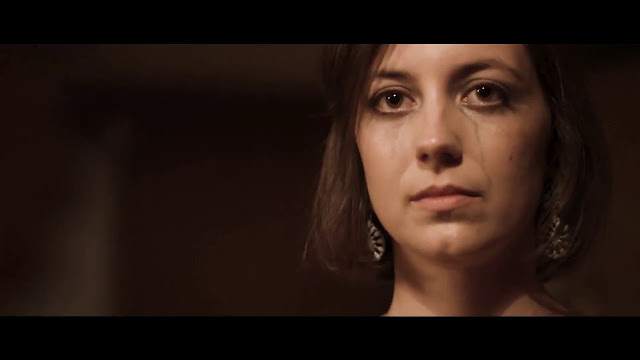 I liked the idea of a character being trapped in a house but I could never really tell if the whole virus angle of the movie was just there as an excuse for him not to be able to flee. There are news reports, presidential messages and police all backing up the idea of a virus epidemic, yet I couldn't help thinking that even if he had just hopped outside to his front porch things would have been fine, the virus couldn't possibly had been that widespread. There is some support for his decisions though, the fact he is a doomsday prepper means there is a layer of paranoia there, that and he is shown to be a conspiracy theorist means that it is likely he would believe things are worse than they are. In a lot of ways this felt similar to Interior that had a similar set-up of a man being in an unsafe house on his own.

While Terror Talk did keep my attention throughout having just the one character did mean at times things did get a little bit close to being dull. The conversations were interesting, but other times when Kenny is exploring his house the events get less good. The spooky goings on are kept to a modest minimum, enough for the protagonist to get freaked out, but not over the top scares that are going to get at the audience. You got objects falling over, appliances starting up of their own accord, hallucinations, ghosts and shadows, and unexpected knocking and objects appearing. What you don't get is the feeling that Kenny is in any sort of physical peril, though certainly in mental peril and Gloria does a great job of descending down the slope to craziness. 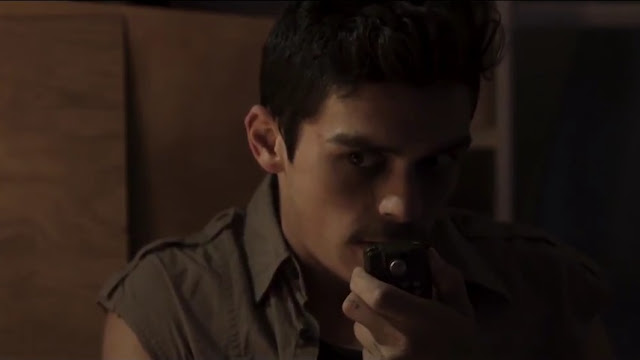 Terror Talk is a horror that had a really interesting idea to it and which going in with the expectations set reasonably won't disappoint. Sure there are moments that fall a little flat, the plot is mysterious but not really surprising and not much really happens in general, but overall I enjoyed this one. I liked how open ended the plot was with it kept unclear for a long time just what really is going on, and the whole sense of paranoia was well maintained. With House Guest what I remember most is that the acting wasn't the best, here though Terror Talk is a stark improvement, it's not going to blow anyone away but it's solid. I look forward to what comes next form the Jalbert Brothers. Terror Talk is now available on Amazon Prime.