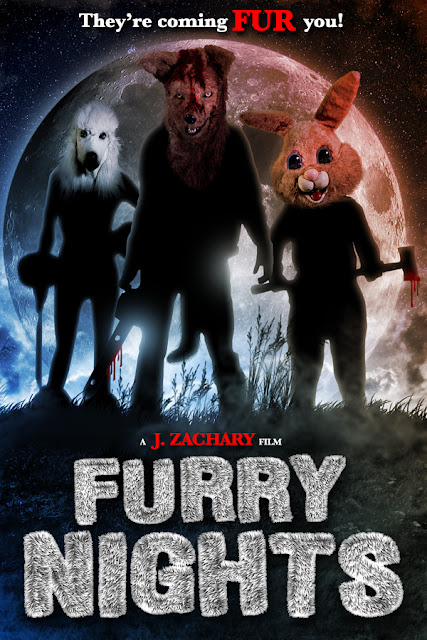 It was only last Tuesday that I first heard of Furry Nights and instantly knew this was one horror I just needed to see such was the greatness of the idea. Cut forward to present day and I have just seen it, despite some issues I had it really did live up to the expectations in my head.

A group of teenagers have headed out to woodlands in order to make a horror film for a student project. On the first night camping one of the group shoots and kills what he at first assumed to be a bear but instead turns out to be a man in a bear costume. It is soon discovered that they have chosen the same location that a bunch of psychotic furries live at, and now those furries, led by their leader Mr. Fox are looking to get some very violent and bloody retribution.

Having furries be the bad guys was such a genius move and works so well when applied to the horror genre with the crazy images that this idea brings up. No matter how they are lit, how scenes are shot having cute and cuddly, and not so cute and cuddly looking furries be the aggressors is ever mesmerising. In total there are six of them; Poodle, Bunny, Kangaroo, Lion, Bear, and of course the sinister Mr. Fox and rather than just be people in costumes they actually act like their counterparts babbling in high pitched voices and growling, but never talking. They stick to their roles tremendously, such as Bunny who seems to hop around everywhere, and Kangaroo who acts very distraught when the teddy joey in its pouch is taken away. This upped all the horror a lot as these felt like such odd antagonists with the comedy and horror blending usually together pretty darn well. With you never getting to see the faces of the people underneath these different animals they seem to get personalities of their own. The credits list of a bunch of different actors for each of the animals, so whether each one was played by multiple people, or names were added so as to keep their identity under the costumes a mystery I do not know but it works either way.

It is the 'human' side that brings the film down a bit as each of the characters are a different stereotype, you have the jock, the joker, the geek, the sarcastic outsider etc with none of them being very compelling at all for the most part. I did find the outsider to feel a bit fresh in that she stays sarcastic all the way through the movie, even at one point pretending to have seen one of the furries in order to scare another character she is hiding with. The real exception to this bunch though is definitely the movie geek Jack (J. Zachary Thurman who also directed, edited, wrote the story and did the cinematography) who had quite a character arc and was by far the funniest character here. After various events he ends up impersonating one of the furries for about half the film and he begins to become really torn in just what he is doing. On the one hand he wants to save his friends, but then armed with a camera and instructed by Mr. Fox to film what is going on he starts to fall into the role of director admiring some of his shots of real life terror, eventually he seems to almost become a legitimate furry himself! He speaks in the high pitched voice he created and keeps his cumbersome costume on even when there was no longer a need for him to be doing so. Both Jack and Mr.Fox were the joint stand out characters in this comedy horror. 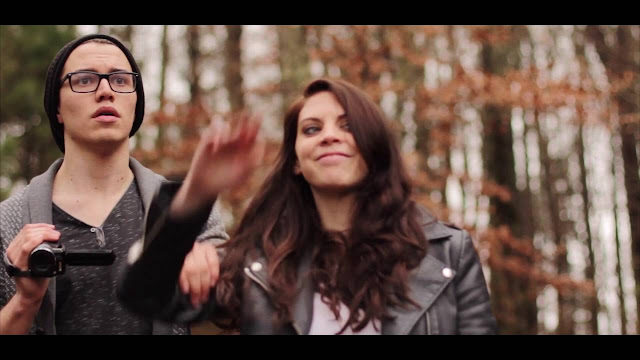 While I would class this as a comedy horror there is a stronger emphasis on the later and I sometimes did feel some of the humour got in the way of certain scenes to the detriment of the picture. A disagreement between two characters later on for instance felt stupid, events seemed to happen just to propel on the action which even for pure stereotypes felt unrealistic and unexpected. On the flip side of that a lot of the finale is filled with humour and in that instance did actually work. There is a lot of blood and violence throughout with even some severed body parts among the gun fire, machetes and chainsaws.

The plot is very simple as it needed to be and so this doesn't outstay its welcome coming in at around seventy minutes. I had no problems with the simple story, it worked out a lot better having no explanation for just who the furries were. I did have a problem for how awkwardly parts of the movie seemed to flow into each other, at times it seemed characters were being chased and then suddenly were not, or key items were dropped and then never referenced again. Then there are big moments that happen entirely off camera which leads to it feeling like there are scenes missing. This led to some confusion in a couple of places but near enough manages to hold itself together cohesively. Also some of the scenes seemed a little too dark and murky, but then being an indie film, and being shot in woods at night I guess that couldn't really be helped, the furries stood out regardless though. I did like the 'found footage' aspect edited in with about a quarter of the movie being shown from the black and white handheld camera's perspective which melded well with the more traditional filmmaking. 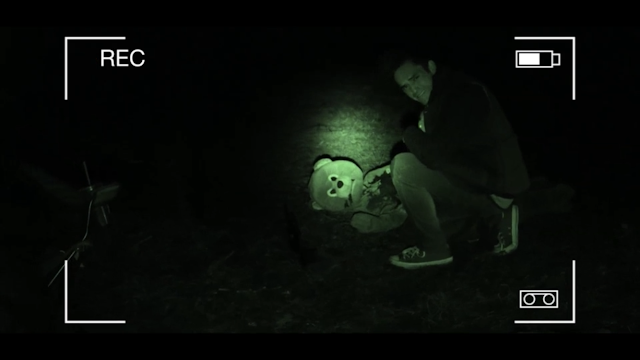 I loved the idea for this one and I am pleased that it turned out more or less just as I hoped it would. While it would have been nice to have more fleshed out characters, and while the humour sometimes does get in the way of the horror overall this was a unique feeling diamond in the rough. Furry Nights comes to Amazon Prime on Friday 12th as part of Terror Films Freaky Fridays! promotion.