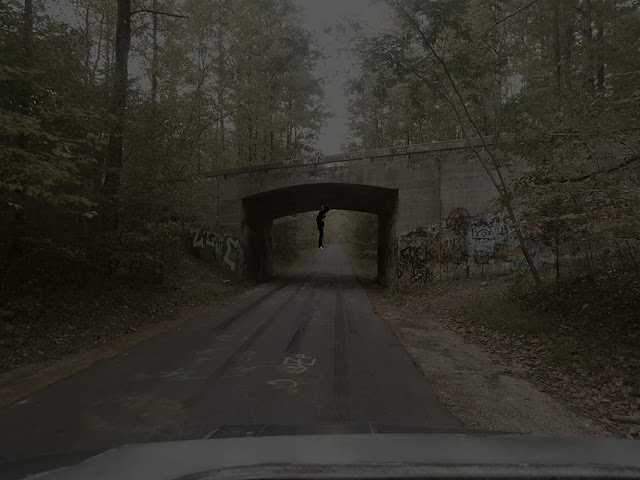 Crawford Road is a horror film that chronicles the many murders that have taken place over the years on and around the real life road that can be found in Virginia. I was interested to discover after I had finished watching this that at least some of those murders shown are based on truth, the Crawford Road bridge which features prominently is in reality said to be the site of many paranormal experiences.

While there is a main plot going on this is almost an anthology of sorts with two different wrap around stories going on. The first has Detective Young (Ricky D'alonzio) attending a Murder Club where he is a guest speaker there to talk about the many deaths that have occurred on the notorious Crawford Road. The many short stories usually start with the detective mentioning an event before there is an (often) black and white flashback showing the lead up to the death. The other main story revolves around a local criminal named Vlad (Gordy Price - Music Store Massacre, who among other contributions also co-wrote, directed, and produced this with James Person) who ends up being shadowed by the local police after the car he had been travelling in is discovered crashed with two dead bodies inside.

There were some pacing issues I had with this movie, the first being the two wrap around stories going on, it is never clear how much time had passed between these and so there was a slight disjointed feeling between them. The Murder Club section was perhaps my favourite part due to D'alonzio who was perfectly cast as the detective. His talking about past murders made logical shifts into the various flashbacks. Aside from the first flashback that takes place in the 1860's and lasts around fifteen minutes these flashback segments are very brief, some only being a couple of minutes long. I felt more time dedicated to these would have been beneficial. While they all revolve around pointless murder there was some nice variations: from two masked killers murdering a couple to two gunmen abducting a man these mostly felt different enough from each other. 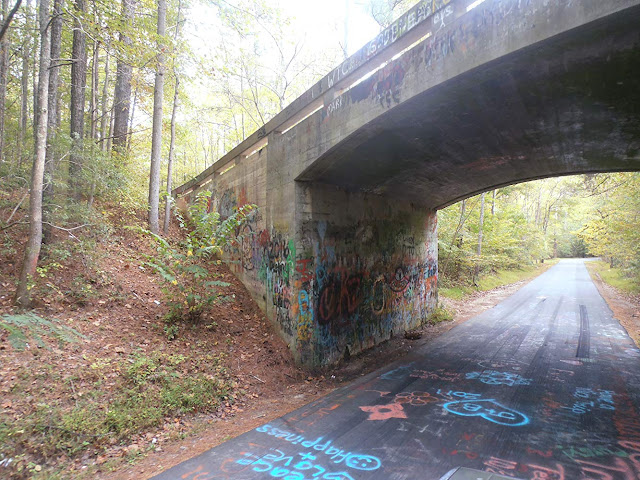 The majority of the movie centred on the nasty Vlad character, he was a villain through and through and he happened to be where all the horror elements made their unsuccessful appearance. Over the course of the 90 minute experience Vlad witnesses the ghosts of many of the victims who have died in the area. These ghosts all look pretty terrible looking with a superimposed look to them that reminded me of special effects from the 1920's. It didn't help that the spirits go out their way to try and seem dramatically spooky when instead the over acting just makes them seem really silly. These apparitions have little to no bearing on the plot and this is a rare case when actually leaving them out the story completely would have worked in Crawford Road's favour. I understand this is an indie film but many of the effects do not look the best, CGI is used to simulate gun fire, as well as entry wounds on shot people which just looks bad. I will say though that having blood show up as red in the black and white sections did work. There is also the reoccurring comedy appearance of a stop motion wasp, no idea at all why that was there but I did start to become fond of the little fella by the end.

While there may have been some poor moments here I did like how ambitious this was, the many different time periods, the huge cast of characters, the spirited performances were all good, as was the soundtrack that fitted the tone well. While some of the smaller parts suffered a little bit with the acting the main leads all did decent jobs. I felt the plot itself wasn't amazing due to no real feeling of the different events actually linking up well. All the different murders I found myself getting a bit muddled up with over just who was getting killed when they were being talked about. By the end though the main plot has ramped up leading to a nice enough action packed finale.

Crawford Road was an ambitious crime horror combination that had some nice ideas going for it, however I do feel the supernatural elements should have probably just been left out as they didn't really add much to the overall experience. Still with some nice performances and some decent enough ideas this was watchable and never became dull.

THE WALK ON ROLE said...

This was a very fair review. Thank you HAZFR!