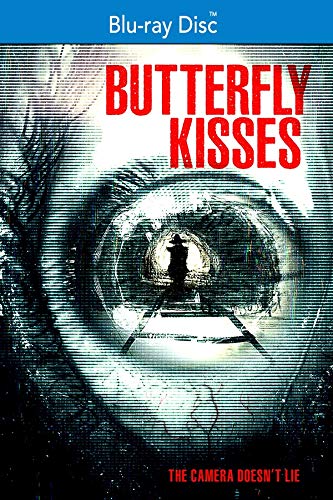 Erik Kristopher Myers Butterfly Kisses is a film that reminds me just how much I love horror. It is a found footage and at one point in time that would have filled me with the wrong kind of dread, but over the last few years the genre has been revitalised with a series of new ways of making these types of movies. First you had the trend of the antagonist coming front and centre (such as Capture Kill Release), then after that there has emerged a newer trend of having the found footage wrapped around a faux documentary such as with Hell House LLC. Butterfly Kisses also goes this route and is all the better for it.

Gavin York (Seth Adam Kallick) is a wannabe filmmaker who in 2015 thinks he has struck rich when he discovers a box full of DVR cassettes hidden in his wife's parents new house. The 40 tapes are literal found footage that chronicle two student filmmakers in 2004 (Sophia played by Rachel Armiger and Feldman played by Reed Delisle) investigating a local legend about a being known as 'Peeping Tom' that is said to materialise if you stare for an hour down a certain train tunnel without blinking at midnight. Thinking this will be his big break for his career Gavin decides to edit the footage together into a real found footage film. In order to dispel accusations of it being faked by himself he also hires a film crew to follow him around to show the process and research he has undertaken. 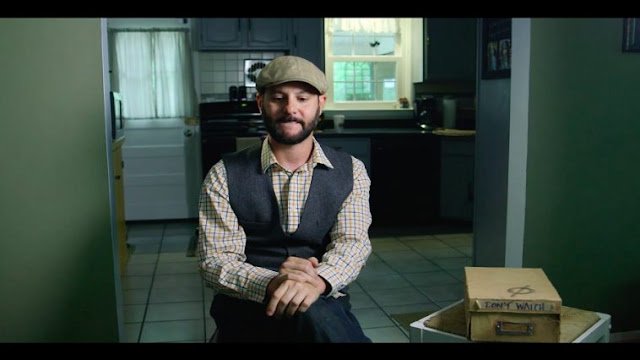 This is a special film that just straight up works. It is occasionally chilling, often mysterious, and while I never think jump scares are a fair way of getting scares the single one here made me jump out my skin even while watching this on my phone in a busy and brightly lit breakroom at my day job. Everything about this movie is designed to make things seem legitimate helped by the main protagonist Gavin. Usually you would expect the found footage to take centre stage but with a filmmaker who is not only a bit of an idiot but also quite narcissistic you end up with an entertaining story happening around this.

The documentary is well made with interviews with a lot of different people such as Gavin's wife, the general public and experts in different fields revolving around the paranormal and film making. There is a bit of a feeling of a train wreck about Gavin, as the documentary goes on it becomes much less about the found footage itself and more a character study of this failed filmmaker who has put everything on the line to get 'his' film out there but is met with hostility everywhere he goes, both due to his abrasive personality, and no one at all (not even the film crew he has hired) believing the footage he believes is real is in fact so. This goes to great lengths to make these parts feel real with a bunch of people playing themselves, most notably Eduardo Sanchez (one of the two directors of The Blair Witch Project) who calls into a radio station Gavin has appeared on in order to debunk his allegations his film is actually real. There is some clever meta type things going on with multiple characters telling Gavin he can't pass off a found footage as real in modern times and expect anyone to believe him after the genre has been done to death already. 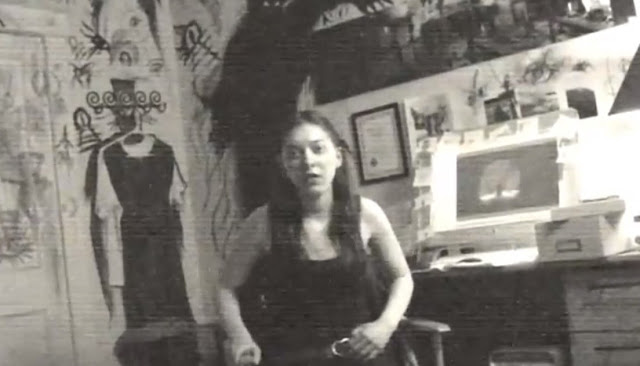 As to the found footage itself. It is shot in black and white and features as mentioned the investigation of a local legend. The students end up activating the legend and discover it is real via using a camera recording in place of someone staring for an hour. The legend says that this Peeping Tom creature once seen cannot be unseen, and that everytime someone who has seen him blinks he gets closer and closer eventually resulting in death for the victim. This gets a slightly more modern twist as the camera being turned off and on counts as a blink and so the two find themselves slowly discovering Peeping Tom turning up closer and closer in the recorded footage they had been filming for their project. That is if any of it is real with the faux documentary going into great lengths to give evidence that this footage could have been faked by the two, or by Gavin. This is helped by the fact that no one who appears on the original footage can be located suggesting these people were all actors.

If Butterfly Kisses had been made as a traditional horror I just don't think it would have worked. The general legend of Peeping Tom would have been just another lame horror in the style of One Missed Call or The Bye Bye Man. Having this as a found footage/documentary gives it a more credible feeling that did conjure up creepy feelings. The footage on its own would have worked ok enough but getting the angle of investigating this film within a film brought up so many interesting questions. Bad stuff is eventually bound to happen but getting to that point kept me enraptured. While this points out faults of the found footage genre in a kind of fourth wall breaking way (picking apart the black and white footage and explaining why it seems staged) the documentary aspect does itself fall into the same traps, especially one part that not only has shaky cam action but also conveniently cuts out at a key part due to the camera's battery 'running out'. 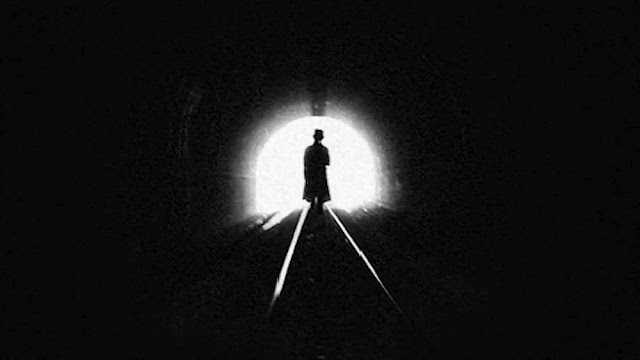 The editing in general was great, I liked the back and forth between the two different stories playing out, and also enjoyed the humour that came from Gavin's parts at times. Also some great end credits (that contain more story halfway through so stick around!) The acting of the two students was also good. With less screen time they come across as more mysterious but I loved the strained relationship these characters shared. There are some clever parts here and I enjoyed just how totally different the two sections of this horror are. The documentary feels very well made while the 2004 footage is much more grainy, prone to the trope of having distorted sound and visual effects and more raw in feeling. The way this movie has been created gets to Inception levels of cleverness with the original found footage, then Gavin and his planned for documentary, then the documentary itself which shows itself to not have been created by him creating layer after layer of mystery.

It takes a lot to scare me nowadays and while this came across as more mysterious than anything there were a few moments that worked on me effectively. Regardless of this the way it has been put together is nothing short of wonderful with a feeling of descending into an inescapable nightmare slowly building up over the 90 minute run time. I feel this is certainly in my top 10 for horror films I have seen in 2018 and so heartily recommend this. Butterfly Kisses is out today (October 23rd) in the U.S on DVD, Blu-ray and VOD via Gravitas Ventures, it can be brought on Amazon.