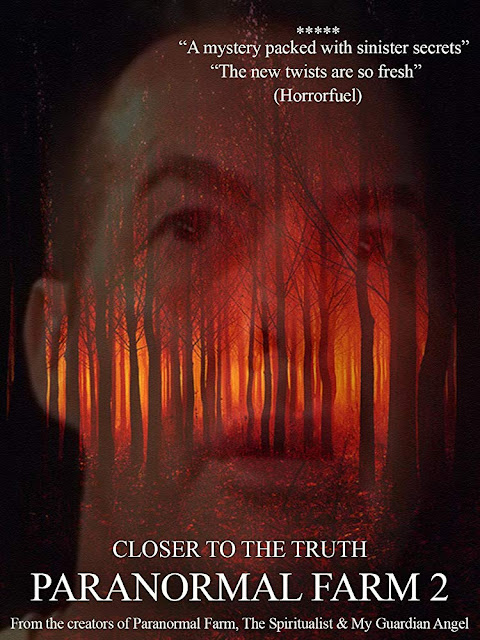 I enjoyed Paranormal Farm mainly down to the three main leads who all gave very believable performances, especially the two farmers who were not even actors. It did fall into some of the pitfalls of the traditional found footage genre though with segments that seemed slightly over long with not much happening. Director, writer, and star Carl Medland has done something very clever with this sequel, something that builds on the first in such a way that it is essential viewing if you really want to get entertainment out of this frequently funny, occasionally creepy and always charming quasi-horror.

I was concerned going into this that I really couldn't remember how the first film had ended, I even had in my head that the hapless psychic Carl had been killed and so it was jarring to see him heading back by car to the farm from the first movie. Now it soon turns out that Paranormal Farm was indeed just a movie, Carl (Carl Medland) and his producer/editor Taz (Mumtaz Yildrimlar) have headed back after the success of their found footage to create a second film, but this one is to be a behind the scenes documentary that encapsulates catching up with the farming couple Lucy (Lucy French) and Robert (Robert Gray), reminiscing about how their horror film was created, as well as looking more into the local tales that the local farming community have concerning a creature known as 'the beast'. 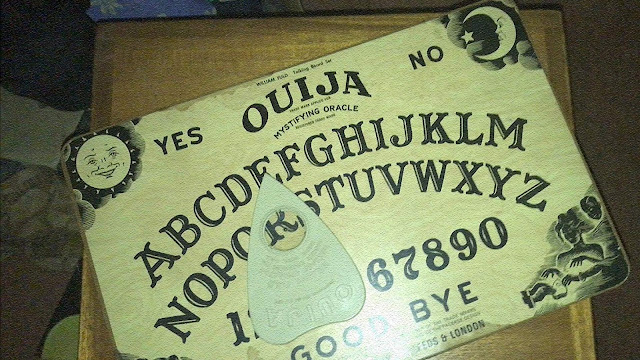 Paranormal Farm 2 is insanely meta, so much that it was really making my head fizz for the longest time over whether it was legitimately actually just a documentary following up on the success of Paranormal Farm. It goes so meta as to have the cast sit around a computer as Carl reads out reviews from the Amazon page for the film, as well as have  Lucy and Robert respond to a video review. Characters implicitly mention key scenes from the first film  and how they were created, the illusion that this is all a normal documentary is much stronger this time around. Carl mentions for instance that people have asked for there to be more animals if a sequel was made, then going forward nearly every other scene features animals, from a horse ride to dogs fighting, a pet parrot and a supposed panther/puma the animals are everywhere.

When I say actors and characters I really don't know how much is real of what is said and how much is made up, more legitimate history of Robert and Lucy is revealed to make this feel authentic, while Carl now being shadowed by his hapless assistant Taz helps cement the fact that just as everyone watching assumed the first film was fake. Again Robert and Lucy are just fantastic, Robert is as creepy as ever with his twisted sense of humour, while Lucy is as wild and manic feeling as before, both are joys to watch. Maybe it is because Carl now has a friend to talk to but he is frequently hilarious, I don't remember him being as funny in Paranormal Farm but here I was laughing out loud on many occasions with his one liners, choice ones (without context to avoid ruining things) being "I...I've got your goggles", "I don't think Lucy knows how to spell Sarah" and "Taz did say he didn't want to do a seance and we've ended up doing two". Taz was a welcome addition with there being a bit of a master and pupil feeling relationship, but Carl being as naive as before leads to some endearing moments. The location was also comforting with the same farm house and grounds, but opened up slightly to include the homes of nearby neighbours that in turn introduced new characters. 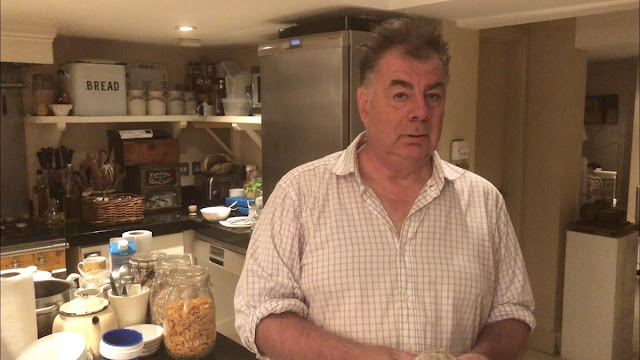 This film was a real joy to watch, but only if you have seen Paranormal Farm as in terms of horror this takes an eternity to get going. It could be seen as a bit of a double edged sword in how this was made, but to really create the illusion of this time around things being real, things have to seem...real. That means for well over an hour of this nearly one hour 50 minutes film nothing scary happens at all, it is just the characters walking around talking, taking the mild mickey out of moments from the horror film they made, and getting into various situations. The few times stuff does happen that seems bizarre it is quickly shown to just be characters messing around with Carl by playing silly tricks on him. This makes some later twists pretty cool actually, I won't go into any details but there were some moments, one in particular where I almost gasped, and there was an effective looking car chase at one point. As much as I enjoyed the ending it did feel the least legitimate part of this experience, but something I felt was needed in a way.

I was just saying in a news post the other week or so that sequels to indie found footage films are few and far between, I might go as far as to say this is my favourite indie budget found footage horror sequel I have ever seen. That isn't due to the horror which is much reduced here, more that such a simple idea; that of straight out admitting the scary elements of the first film were staged and then slowly introducing spooky elements to what is meant to be actually real is executed so wonderfully. I would say as a warning though that you will likely hate this if you haven't seen Paranormal Farm, instead this is an essential companion piece to that one, one that is just something really fun, if a bit tame and occasionally rough around the edges. Paranormal Farm 2 - Closer to the Truth is coming soon in October 2018 to Amazon Prime.

As usual Carl and friends have a wonderful imagination. Brilliant xx Well done