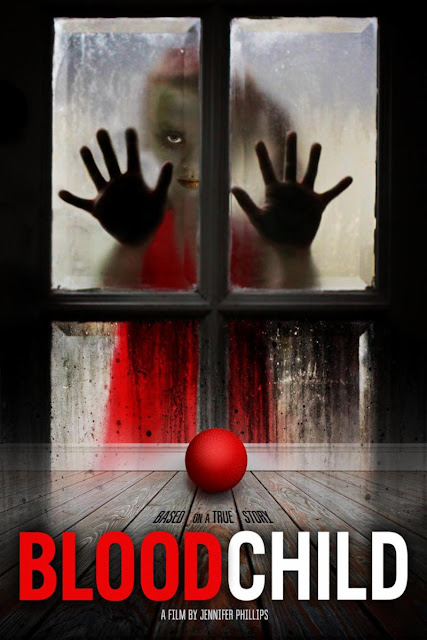 Blood Child is a horror that was written, directed, and produced by Jennifer Phillips. With so many horror films created by men I was interested in getting a fresh perspective on the genre, the only other notable female director of feature length horror films that springs to mind being Tricia Lee (Silent Retreat, Blood Hunters). In a general sense the idea behind this movie wasn't terrible, it was just hampered by a variety of issues that personally I didn't enjoy.

Six months after having a miscarriage Ashley (Alyx Melone) moves back to America from Singapore, along with her husband Bill (Biden Hall) and their maid Siti (Cynthia Lee MacQuarrie). Unknown to Bill however is that in her grief Ashley with the aid of Siti performed a ritual that bound the soul of a dead girl to her as a replacement for her lost child. This ghost requires a steady series of rituals and offerings to appease, however an event occurs that causes the two to lose control of this spirit and soon everyone close to Ashley is in danger (kind of). 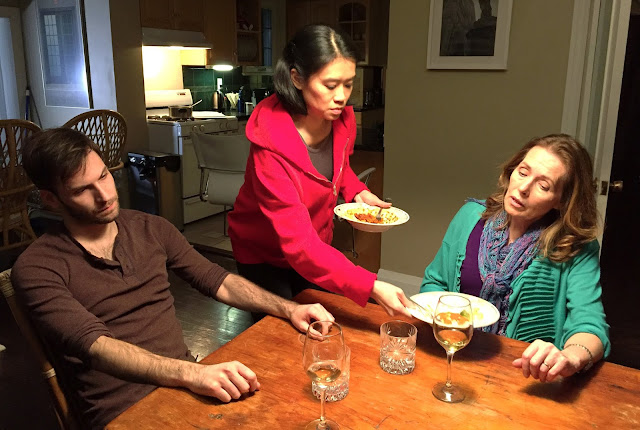 I had a lot of problems with this indie horror stemming from a variety of issues. First off the story felt very similar to The Other Side of the Door which came out a few years previously and which stood out due to the Indian setting. Here the story starts partway through and uses a series of flashbacks to reveal just how this ghost child came to be living in the house, this part was probably the highlight. I liked that the story is almost revealed in reverse, key items such as the ugly stone statue and the offerings of raw steaks are shown again and again but it is only towards the end the true significance of these are revealed. There was some on screen text at the start to say this was all based on true events, though I wasn't able to find out exactly what parts were meant to be based on fact.

The characters of Blood Child are where the real cracks come to show as they are awful, every single last one of them were terrible people. Bill for instance is shown to be cheating on his wife and is inferred he has multiple times in the past, and this is with the blessing of his best friends who encourage his infidelity. In most films there would be some comeuppance for this yet here it seems to only exist for a half-hearted jump scare moment. Both Ashley and her mother Renee (Lisa Kovack) adore Bill and outside of this one scene his cheating is never brought up or shown again. Renee irritated due to how her character was used as the walking embodiment of exposition, for whatever reason she works out exactly what is going on and seems by the films end to be more knowledgeable about this ghost child than Ashley. Her first encounter with the ghost seems to leave her totally unfazed with a scene ending with her laying in bed next to the child menacingly telling her to get out, then around fifteen real time minutes later she confronts Ashley about this. She also has the most awkward line of the film when she states "It gets stronger on the 14th of every month, and it's the 14th at midnight!". 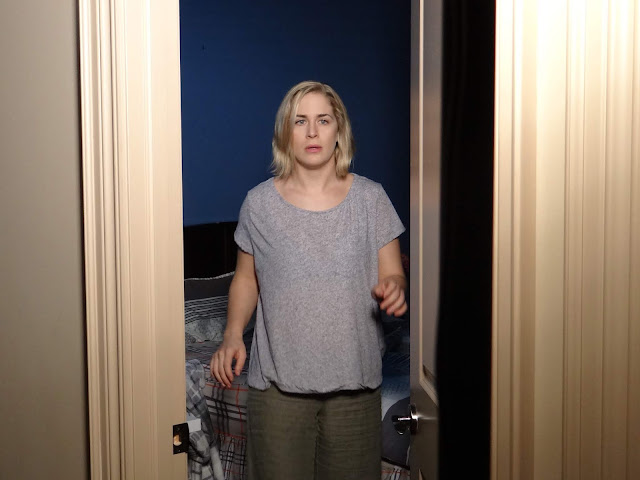 Onto more characters now, for whatever reason nearly every single character is openly hostile to poor Siti, which almost gets comedic, she doesn't do herself any favours either by being a weird character that I couldn't understand. Bill seems to detest her which is summed up in a scene when hearing breaking glass downstairs in the middle of the night he goes to investigate, he ends up standing on a smashed cup and cuts his foot so returns to Ashley where they both complain about Siti not cleaning up the smashed glass when all involved; cast and viewer alike knew that damn glass was literally broken minutes previously. Then Renee and Ashley's best friend Naomi make themselves both irredeemable in my eyes by being openly racist to Siti on various occasions.

The horror elements in Blood Child are pretty tame, I admit I expected a higher body count than what was here. The ghost in general doesn't really do much other than whisper and giggle, about the most terrifying thing it does is lock Naomi in a toilet during a dinner party, an event that she reacts quite bizarrely to; screaming her lungs out as if she was being murdered. There are also quite a few nightmare sequences that worked ok but were nothing special. Things improve towards the end with the big finale that has a couple of decent moments but is let down by a twist ending that while not that terrible did feel like a bit of a cop out due to how it impacted the previous scene. There were a few decent parts here and there, it wasn't all bad throughout, a shot under a sofa I thought worked well, as did the 'figure in darkness, gone in light' effect that Lights Out did quite a lot also. 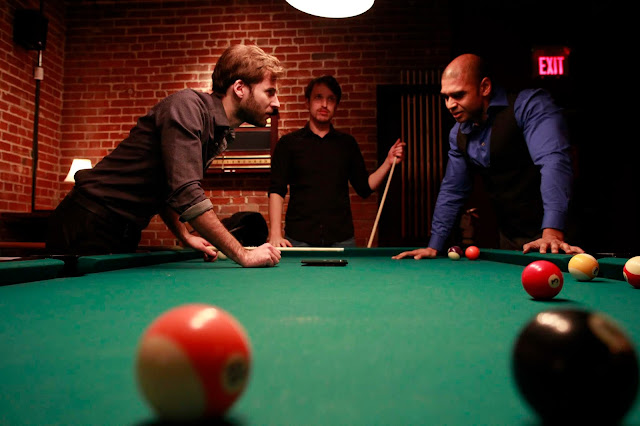 I admit I didn't have the highest hopes for Blood Child but I still expected I would enjoy it more than I did. I just left feeling like this was a middle of the road uninspired horror that was let down by horrible characters, lack of scares and a sometimes bland story. There is the odd shining moment here and there but mostly I can't say I was too impressed. Blood Child was released on Cable and Digital HD on September 11th on all the major platforms such as iTunes, Amazon Instant Video and more, thanks to Random Media.