The Rotting Zombie's Round-up of Horror News for July 2018 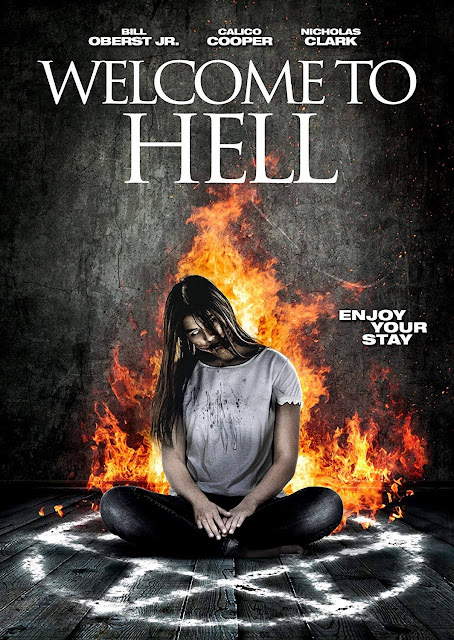 July has been a real tough month, I have been visited by an assortment of plagues, it seemed every other day something new and traumatic would rise up to beat me down. This all coincided with me deciding to reduce the amount of blog posts I did anyway. I had gotten into the habit of feeling the need to do at least twenty posts a month, but this was causing me no end of quality issues, going forward I have decided to just do three posts a week; I'm going to focus on quality over quantity. As a last note before I begin some of the more astute out there might notice that it is now August despite my header saying July, well that's all part of me taking more time to ensure quality of a moderate degree.

Ok then, starting off with the ever reliable Reel Nightmare Films who have debuted their 'horror shorts' anthology on Amazon Prime Video in the U.S and the U.K. Horror Shorts is made up of five bite size horrors. These include Awake in which a newly undead couple must deal with a threat hiding in the forest. Pig Man is about a couple, again in the woods, but who encounter someone or something known only as Pig Man. The Last Showing is a ghost story set in a theatre, Tujunga Horror Story is about a woman who moves into a new house to discover it seems to be haunted. Finally is He Takes and Returns which is about a family whose evening is ruined when a creature takes them away one by one.
Reel Nightmare Films have also released an additional nine horror shorts, they are Relentless Scoundrels, Secret Satan, Don't Go Home! She Knows!, Dr. Mandaru, Play Day, Who is Beverly, Ghost Blunders, The Audition and finally #Victim 505.

I mentioned the incoming arrival of free DLC for virtual reality video game ARK Park back in May and can now report it has came out. Pterosaur Hill (which is built around the concept of flight) contains three new maps; Mountain Lake, Crystal Sky Lift, and Aviary. I fully intend to record a playthrough of these new areas, especially seeing as I haven't been back on the game since an update was released to improve the graphics on the PSVR version.

I read the almighty Knuckle Supper and Knuckle Balled earlier this year and so when I got an email from author Drew Stepek about further developments I just had to mention what he said. Knuckle Supper is now available in audio format on YouTube. It is the full unabridged version and is read by Jason Hill who has a great voice for this type of story. The entire book is now up to listen to, I gave the book 10/10 and so I feel this audio version is well worth checking out, and to do so click here.
Staying on the subject of books with the release of Nightmare Gallery that is now available on Kindle on Amazon. This is a new book of horror poems from Daileas Duclo and he says of it "I based this collection on some of the darkest thoughts I've had. I stared into the headlong abyss of horror, suspense, and science fiction to find these beasts dancing along the periphery of my mind's eye."

With A Kiss I Die is a horror film described as a Shakespearean vampire romance and which is due for release on 28th August on a variety of digital formats. Set up as a sequel to Romeo and Juliet this puts forward the idea that after her death Juliet was changed into a vampire. 800 years later she again falls in love, this time with a young woman, but her new vampiric family disapproves. It is directed by Ronnie Khalil and stars Ella Kweku as Juliet.

Horror anthology Welcome to Hell has been acquired for release by Wild Eye Releasing and is due to come out on DVD on 9th October. This film consists of seven short films; After Hours, Dead Therapy, Family Time, Lucid, Maternal Instincts, Narrative, and Slit. There are some known names among the confirmed cast,such as the ever prolific Kim Sonderholm (Harvest, Little Big Boy: The Rise and Fall of Jimmy Duncan) and the intense Bill Oberst Jr (DIS, Coyote). This anthology can be pre-ordered in the US and Canada.
Talking of Bill Oberst Jr. the great make-up artist Jeff Farley (whose work has featured on such things as Babylon 5, Demolition Man and Pod) has recently completed the sculpt for him of Ray Bradbury. This prosthetic transformation is for the authorized stage portrayal of the author known as Ray Bradbury Live (forever). Ray Bradbury was well known for his science fiction and horror story collections with most his work being speculative fiction.

Drew Marvick's Pool Party Massacre is set to release on 17th August via Terror Films, it will be coming to digital platforms. It stars adult actress Alexis Adams, Sally Burnswell (Do Not Disturb), Nick Beyer (Popcorn Kill) amongst others. A bunch of young socialites find themselves at the mercy of an unknown killer at a pool party. Check out the Red Band trailer below.

The news continues with Hex Studios channel that premiered Kate Shenton's new web series Netfl!x and Kill. This has been described as 'Gogglebox with a horror twist'. This tells the story of a psychopath and his victim who spend all day watching television. This 8 part series started today on Hex Studio's YouTube channel with a new episode screening each week.
Posted by Daniel Simmonds at 15:10