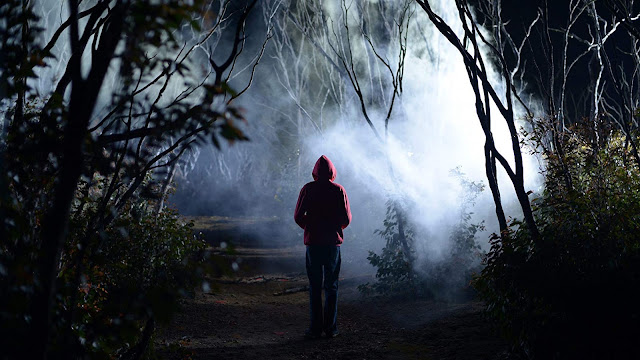 The real world has a nasty habit of being far more horror filled than any movie or book, so after a lengthy break I feel it is time again to take a tentative step back into the world of blogging. The following is a review I wrote a few weeks back when sunrises were still beautiful and the world seemed a promising place of light and joy. You really never do know what you have until it's gone...also my computer's fan sounds like it has melted in the intervening weeks, maybe out of protest of being left on in the hot hot heat of summer without being used.

So I was browsing Shudder looking for something quick to review when I came across the interesting sounding The Last Time I Saw Richard, which is a 23 minute Australian horror that takes place in a psychiatric hospital for teenagers.

Toby Wallace stars as Jonah; a troubled boy who self harms, has terrible nightmares, and is also something of a bully. One day he gets a new room mate called Richard (Cody Fern) who is a strong, silent guy who tries his best never to go to sleep due to nightmares he has. The two form a bond and one night Jonah convinces him to go sleep. He is shocked to discover spectral shrouded figures appear and attempt to climb onto the sleeping Richard, and so sets himself the task of protecting his new found friend from these creatures that haunt him. 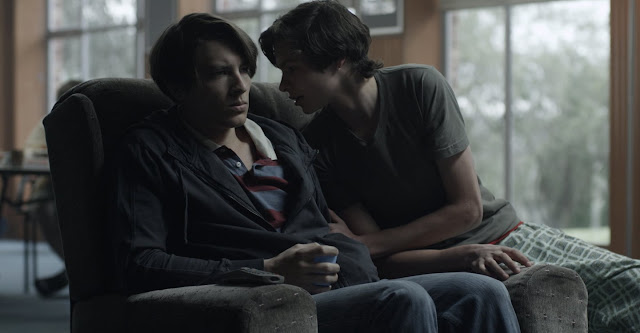 As a drama this was good, the two main leads were both good picks for the characters they had to play, and their blossoming friendship felt natural. However as a horror this didn't work for me, the plot didn't really go anywhere, there was no real resolution and some aspects just seemed to be finished with without being explained. The horror comes with the creatures that appear at night, the CGI smoke effects are not the best, though adequate. The best horror comes from the nightmare sequences that Jonah has of him screaming with no eyes in his head.

This was well filmed and edited with some good acting and fine enough special effects but there wasn't excitement for me, it was a bit low key and uneventful and left me not really feeling any empathy for either of the characters. The Last Time I Saw Richard is currently on Shudder so check it out if you so wish, just don't expect too much excitement.

Posted by Daniel Simmonds at 12:49