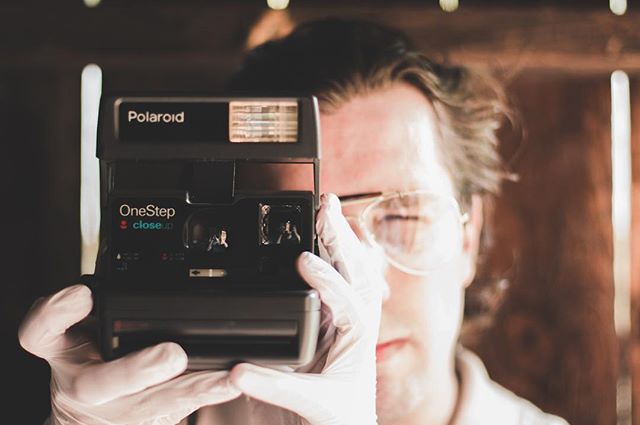 septeMber is a new short horror film/episode from Dark Red; the creators of the three part fan fiction film Michael Myers Versus Jason Voorhees. I mentioned that short back in January (here), truth be told I wasn't blown away by that, it was high quality but it just didn't resonate with me. So going into septeMber my expectations were not the highest.

An innocuous looking man (Jeff Payne) arrives home and gets what very much looks like a body out the back of his vehicle. It soon becomes apparent this man is a serial killer and we get to see his ritual in the things he does post-kill. However his peaceful evening is ruined when it appears that someone may be in the house with him...

I absolutely loved this, to say I was blown away isn't an exaggeration at all. The cinematography is beautiful, it has a tendency to focus on small objects such as a chess board, or a pot of jam and just frame it in such a stunning way. There wasn't a single shot here that felt wasted, the inserts helped give us insight into the sort of man the killer is, the angles and perspectives bring this character to life without him needing to even speak. Payne is fantastic here, this is the first episode in a seven part series and I am almost afraid that any dialogue will break the mesmerising spell that this first film conjured. It is just the little moments that delight, the killer covered in sweat after lugging a body to his workshop, the spray of water that gets on his glasses when he leans in to turn off the shower, hell, there is even a shot that is a close up of a pair of glasses with details playing out in the reflection on one of the lenses - this is such an attractive piece of film making by writer and director Mason McDonald with some great editing by Tabitha McDonald. There has been a lot of love and care put into every aspect of this, the song that the killer plays was even created especially for septeMber by Dustin Miller which makes sense when you listen to how appropriate the lyrics were.

Usually this would be the point I would balance out the pros with the cons but there really are not many in this ten minute piece to comment on. I would say that the black screen with the spidery red text looked a bit basic in comparison to the film itself, and also maybe there were a little too many fixed angle shots used, the camera never really gets an opportunity to move around too much. This does give an impression of being in hiding, with the man frequently being filmed looming above adding to this feeling of dominance the character had. I guess you could also say that it wears its inspirations pretty obviously at times, such as a shot of blood going down a plug hole that was a homage to Psycho. I am a little bit stunned with just how good this first episode was, and how elevated it is from my tempered expectations. Part 1 of septeMber is currently free to watch on YouTube, I suggest you give it a watch and witness art in motion.