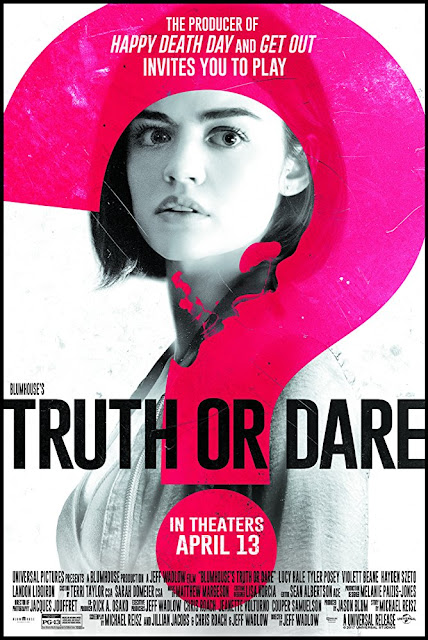 As soon as I saw the trailer for Truth or Dare I had an inkling this would be my type of film, even then though I could tell that it seemed incredibly derivative and generic with a trailer that could be any number of teen horrors from the last decade. Truth be told I was drawn to this by the creepy grin that is a recurring motive here, that is because often I pull that same face while looking in a mirror as a means to try and creep myself out when I'm home alone. Another truth; I really need to get a life!

While on spring break in Mexico a group of friends that include best friends Olivia (Lucy Hale - Scream 4) and Markie (Violett Beane) go to an abandoned monastery at the behest of a stranger that Olivia had met at a bar. It is suggested they play a game of 'truth or dare' there as part of a drinking game. However when it comes to the strangers turn he chooses truth and then tells the friends that he has tricked them into playing a cursed game. Each in turn will at some point in the future be forced to choose between the two options, but with sadistic deadly consequences for failure to tell the truth, or complete the dare. Heading back to America the group think nothing of this but one by one they are confronted by an evil presence, and refusal to play its game ends in death. As the game continues and the body count rises the survivors must find a way to end the game once and for all. 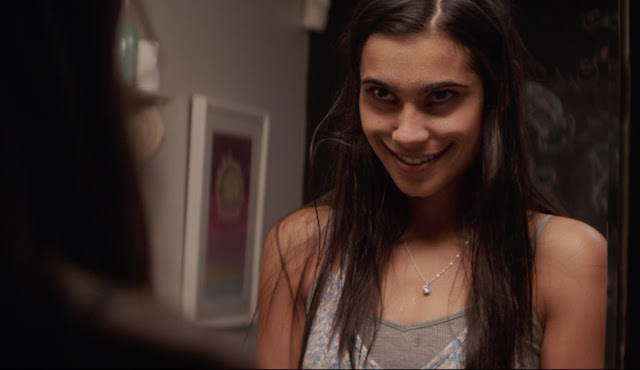 Truth - this is not a great film, it suffers more than anything due to a lack of any original ideas, hell, it even ends the exact same way that Rings did. I had had a really long and stressful day at work though and I find this a great piece of escapism for a few hours. I went in with my expectations low and so I wasn't disappointed, this may have no surprises but the format worked for me in my current frame of mind. What I love about the horror genre is how versatile it can be, it can suit many different moods, while its more outlandish parts mean that the escapism works due to it being completely un-relatable to real life. We have here a bunch of vapid teens, including token gay guy, two best friends, the nasty one etc but I enjoyed the tenseness of seeing their lives get ruined by this curse.

Truth - I love the Final Destination series of films, I enjoy the fact that no one is a safe, and that you never know where the next death is going to occur, or in what fashion. Truth or Dare is like a mix of Final Destination and It Follows with the game being able to strike from anywhere. Once challenged the victim has to choose an answer or suffer the consequences and the question can be asked by anyone. The usual method is for a nearby person to suddenly become possessed, they get an evil look on their face coupled with an insane and improbable grin, like a Snapchat filter effect, it looks super creepy though bizarrely even with this it is late to the party as 2016's Within the Darkness had a very similar look at one point in its story. I really couldn't get enough of this effect and so it was cool that it happens so often, from random strangers, to people on videos, to the main cast themselves no one is immune to suddenly getting taken over to ask the fateful question. 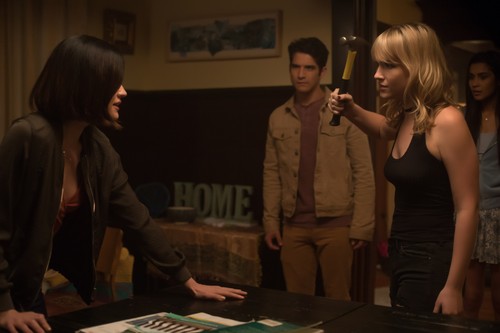 Dare - I shall go on the Fright Meter Awards group page and extol the virtues of this movie. Again I say this not in an admiring way of the lack of ideas this film has, but more in how enjoyable it was in a popcorn brain dead way. The wooly logic of the film leads to gaps of coherance and plot conveniences, such as the curse itself seems random how long it takes to get on to the next person. Sometimes it seems to be days without anything happening, other times it seems to take place mid-dare of someone else. I also found it strange how everyone involved in the history of the game seems to conveniently live in the same town as the friends, or at most a short enough distance away that they can be driven to without any supernatural hassle occurring. Then there is the game itself with the stakes sometimes being ridiculous and sometimes being horrific. One dare for instance can be to break someone's hand, while pretty much the next dare is 'just' to come out as gay to your father, again quite inconsistent.  This is very generic in how it all plays out with the initial discovery of the horror leading into the mid film investigation into the history of the curse, then the final showdown with the evil with the stakes at their highest.

Being a 15 I didn't expect the deaths to be that exciting to see, and they were certainly not the most gruesome ways to go, but still held some power in the various ways they occur, from someone slipping on a pool ball and bashing their head on a table to gunshots, immolation and stabbings. The actual anxiety from where the horror would come from kept me entertained. This did start to drag towards the end though, at 100 minutes I felt it could have maybe benefited from being a bit shorter. The plot isn't anything special, the origins are explored in enough detail to make a movie logic kind of sense for what is happening, and I did like that the first truth Olivia says at the films start is twisted in the finale to show that this was actually a lie all along. On the subject of the ending it doesn't have the most upbeat one, something I did admire...however I saw a way for there to be a 'good' ending and so I was more surprised than anything that no one in the film seemed to cotton on to what would have been a simple to achieve satisfactory ending.

Truth or Dare is a film that I genuinely did enjoy despite its many shortcomings, the main one being how annoying most the cast are, with annoying jump scares being the second, but then it makes it more fun to see them suffer. It is slickly produced with decent directing by Jeff Wadlow (Kick-Ass 2), and for those with an itch for a film in the mould of Final Destination this is not a bad safe haven to visit. Go in expecting the world and you will be disappointed, however for me it was the perfect antidote to the stresses and strains of daily life.