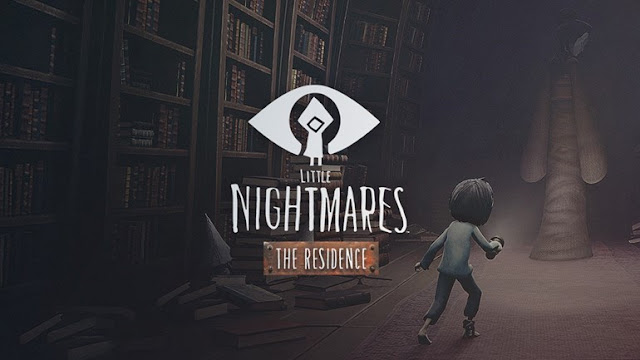 I only recently got around to playing the second DLC for horror adventure game Little Nightmares and I almost wish I hadn't. The main game was fun enough, not amazing but it was something that felt different. Then the first DLC The Depths dropped and while it was decent enough it didn't really do much different, and it maintained the sense of frustration inherent with the design of the game. Second DLC The Hideaway was even worse, featuring as it did a bland location, and a slew of puzzles that were all solved in the exact same way. Thankfully then the third and final DLC level The Residence is not only the most horror filled part of the entire Little Nightmares experience, but actually surpasses everything else in terms of level design, and more importantly fun.

Escapee 'the kid' ended DLC 2 by riding on an elevator up to the home of 'The Lady' who you encounter as the final boss in the main game. While avoiding being detected by her, and avoiding the shadow children who hunt you, you must collect three different statues in order to open the door that may lead to your long awaited freedom... 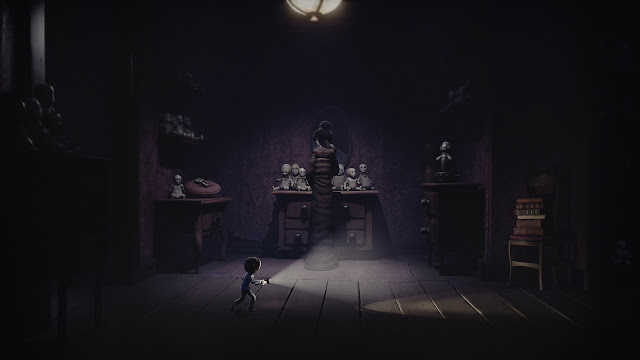 As bizarre as it sounds there was a real feel of old school Resident Evil with this DLC. The majority of my hour long playthrough had me in a mansion type area trying to find the three statues needed to open a big door. Each of these statues had their own puzzle around the acquisition that was a lot of fun to solve, mainly due to the sense of satisfaction at finally working out how to get them. One of the puzzles is even identical to one in Resident Evil; the object you need is on a plinth, but should you pick it up then the door you entered by slams shut and the roof starts to descend. Once I worked out how to solve one part of this puzzle based area the rest slid into place like completing a jigsaw, so yes, quite satisfying.

This introduced combat along with the puzzle solving which was also a nice touch. After several teases you finally discover a whole group of shadow children who are out to get you, by shining your torch on them they disintegrate. This is creepy in itself, but then towards the end you get into a series of rooms full of mannequins, with 'The Lady' stalking you in a series of unsettling moments. It isn't a chase sequence like in the main game but enough happens that it feels pretty exciting to play through. Talking of 'The Lady' you finally get to see just why she wears a mask here, something the core game didn't reveal, so that was a nice bonus. 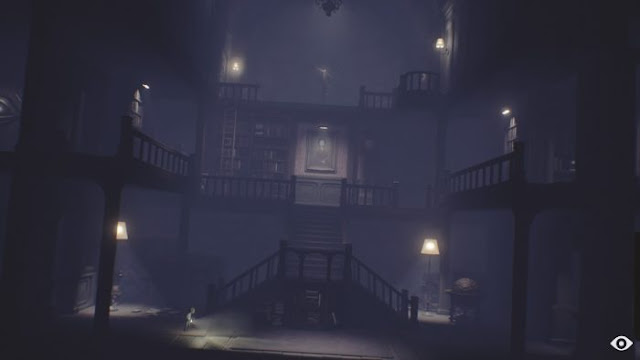 It was really cool to see how the kids story ended, I wasn't sure what to expect but a real curve ball is thrown that makes a key moment in the main plot all the more harrowing. This ending perfectly complemented this more horror focused final DLC. I would say if you see the DLC on offer then give it a go. It's a shame that DLC 1 and 2 are not fantastic, but they are almost worth playing through to see The Residence as this was a great little bit of content that pretty much saved the game as a whole for me.