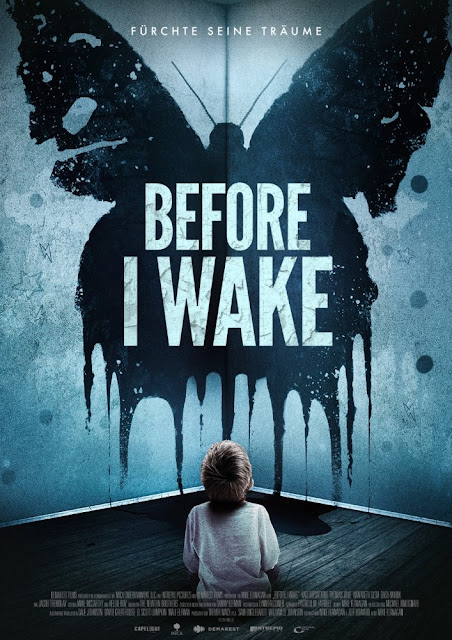 I've been avoiding watching Before I Wake for quite a long while, that is for the reason that it didn't look like the sort of horror I would enjoy, namely that it is one of those creepy little kid films that often leave me so cold. Still this was directed and co-written by Mike Flanagan who also directed the great Hush, and the enjoyable Gerald's Game so I was slightly open minded on this one.

Jessie (Kate Bosworth - Straw Dogs) and Mark (Thomas Jane - 1922) are still in grieving for their young son who died in an accident, yet they decide to adopt a new child hoping he will help them heal their pain. They choose young Cody (Jacob Tremblay) whose had a rough time with several past foster parents turning out allegedly to be bad people. They soon discover that when Cody sleeps his dreams become real, and Jessie abuses this power to have images of her dead son come to life when the boy slumbers. However with the good comes the bad and so it turns out that when Cody has nightmares they also become real, and these nightmares have the power to kill... 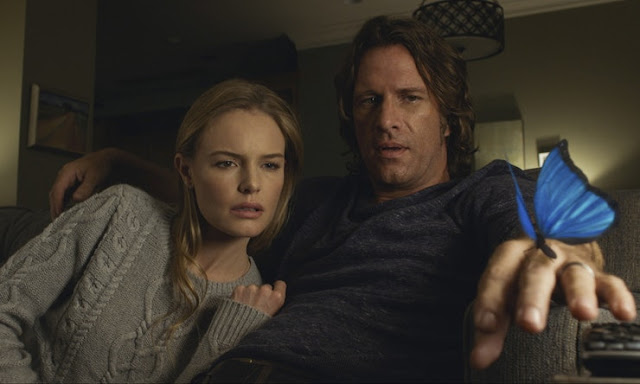 I didn't like Before I Wake, mainly with how lazy it feels. I have seen no end of similar movies to this one and so every twist and turn left me cold despite a few good ideas. The first fifty minutes of this are pretty dull and focus on the discovery of Cody's dreams and how his power to bring their dead son briefly back in a dream form widens a divide between the already struggling couple. Jessie just becomes an abuser as far as I could see, while Mark actually treats the child as if he is his son. The second half shifts gears and introduces horror, but it is so by the number that I never found any of it particularly interesting. While the acting of the main couple is fine enough (well Thomas Jane is as great as he always is nowadays; he has really grown as an actor, much like Ethan Hawke has) I just plain did not like the character of Jessie. When a plot twist occurs two thirds in and she becomes the primary main character I wasn't impressed, and in fact became to suspect she might have some sociopathic tendencies with the lack of emotion she displays towards certain events.

Watching this I could almost see the workings behind the scenes, there is the slow reveal, then the discovery of the horror, then there is the investigation montage, the confrontation with the evil, and the nice and neat resolution. Don't Knock Twice, The Bye Bye Man, One Missed Call, the list really is endless with the format of this not helped by some CG that while not terrible wasn't stunning either. The main antagonist is a creepy looking thin hairless humanoid creature that is able to summon hordes of moths. I liked the design, in particular for all the nightmare creatures it was always fun to see giant moths crawl out of the soulless eye sockets, and a moment when water drips out the eye socket of a child nightmare onto a characters face was pretty interesting. More often than not though these nightmares seem to exist only to have set-ups for obvious 'WTF?' moments such as someone turning around and seeing a creature who screams before evaporating. 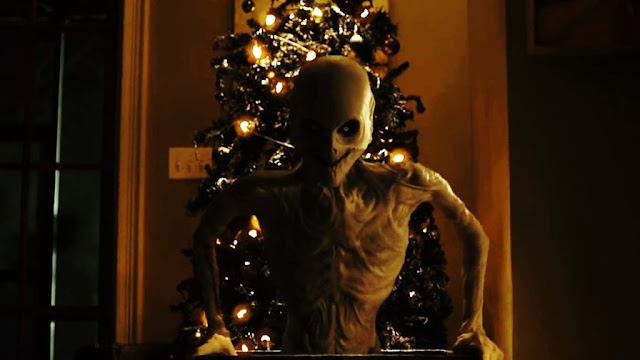 The CG though always doesn't quite look right, from butterflies floating around a room, to the creature itself and the evaporation that happens constantly, it all looks fine but not amazing and never seems at ease with the surroundings it is shown in. This feeds also into the method of death victims experience. They seem to just sort of be absorbed into the creature, a most bloodless and unhorrific act, and also one that is a bit uninspired. As for the plot it had slight similarities with A Nightmare on Elm Street in terms of Cody knowing sleeping makes things dangerous for those near him and so doing his best to stay awake, but I found the kid to be annoying in that way movies have of trying to put adult personalities onto small children that only makes them accidentally unnerving rather than endearing.

Before I Wake does nothing new to set itself apart from other horrors, it is bland and sterile with characters I didn't care about, and situations that are obvious. I did like the design of the creature itself, and I guess its origin story was good enough, but I didn't like how often the plot holes were filled in with guess work by characters. Before I Wake is on Netflix so check it out if you feel the need, at the very least Flanagan's directing is as good as it always is, even if the subject matter didn't resonate with me.