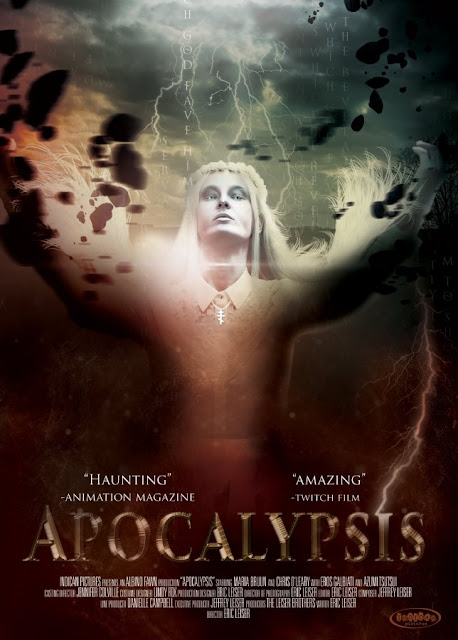 I realised with a mild kind of horror while watching indie thriller Apocalypsis that over half an hour had passed and I was none the wiser to what the hell was actually going on. Sometimes I watch films that pass over my head somewhat and this was one of them. Still with plenty of arthouse style editing, interesting main leads, a decent soundtrack, and a sustainable feeling of paranoia I may have left confused but I also left with nary a sign of boredom upon my person. This is actually the third film in a trilogy, Imagination (2018) and Glitch in the Grid (2012) preceding this, though I assume each one may be stand alone in nature.

My confusion started with the synopsis I was sent along with the screener that seemed to be from a different film entirely, so much so that I had to pause the movie to double check I was actually watching the right thing! From what I could make out Apocalypsis takes place in a parallel world to our own that wouldn't feel out of place if it appeared in an episode of Black Mirror. In this world the American government is known as the NWO (New World Order) and they are in the process of getting every citizen fitted with a microchip so that they can be monitored wherever they go. People without these chips are seen as malcontents, and the film follows two of these people. Albino Evelyn (Maria Bruun) has recently converted to the Eastern Orthodox Christian religion and while studying the book of Revelations in the bible has started to get visions of the end of the world. Meanwhile hyperactive hacktivist Michael (Chris O'Leary) has gotten terrified at the increasingly dystopian state of America, with his friends he has decided to try and do something about it. Unknown to both, their actions are being monitored by a shady group who are waiting for the right time to pounce... 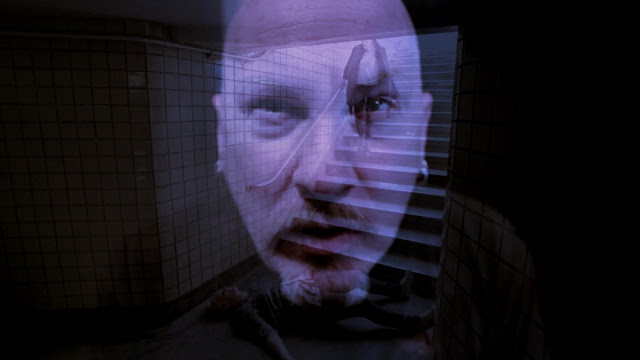 This is very much an arthouse film with many, many montages that uses a variety of techniques to create unique views of what is going on. By far my favourite of these are the visions that Evelyn has of angels, as these consist of a lot of creepy looking stop motion animation of religious beings and imagery. These stop motion figures all look rough around the edges and basic, but this just adds to the other worldly charm of them. Angels spinning in circles, God looking down from the heavens, all combined with the effective soundtrack create a feeling of mystical confusion. More than anything these brought to mind the videotape segments from The Ring series. Director and writer Eric Leiser created the stop motion himself which was interesting to find out. These parts are also the most horror based parts of Apocalypsis. Aside from these bits there are also a lot of moments when footage gets over saturated, or the colours get inverted. The reason I mentioned in my synopsis that Evelyn is an albino is down to the fact that Leiser makes uses of this unique condition for his film work. There are scenes where everything is so lightly saturated that all you can see on screen is her eyes, nostrils and mouth, everything else as white as her skin. Then there are moments where she is surrounded by leaves of what appeared to be a cherry blossom tree, again blending so well with her light skin and creating novel scenes.

She is just one part of the film though and Michael is the other opposite half. His story is one of intense paranoia, forever on the literal run he is a conspiracy nut who just so happens to live in a world where all the conspiracies are actually legitimate. This is displayed via the use of many drone shots of him running down alleyways and across rooftops, and of shady agents tracking his every move. There was a real feeling of 1984 with how pervasive the government are in tracking their citizens. Outwardly he is a bit annoying, paranoid and acting like the world revolves around him, and with his actions he does a lot to be off putting. However there was something endearing both about his character and the squeaky voice he had that made me like him more than the sometimes obscurely motivated Evelyn. 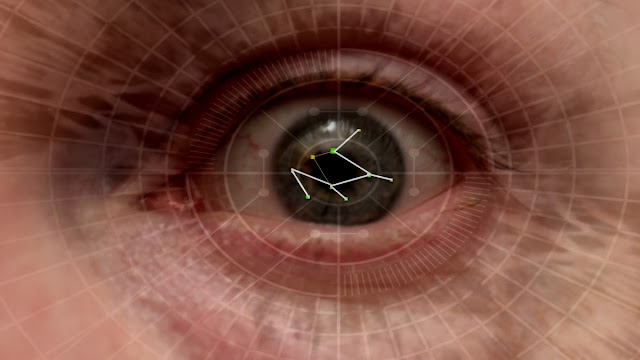 The biggest issue I had was with just how hidden the main plot seemed to be. As I said earlier it took me a very long time to even work out the plot was progressing, let alone what it was about. I liked that the totalitarian state of America tied into both the sci-fi type concept of a nightmare future, but also tied into the book of Revelations in a way that became more interesting the more the film progressed, leading up to an unexpected finale. Some parts of the film happened way too fast for my liking and led to a rushed feeling. Two parts in particular spring to mind. In one Michael has left the city to 'go off the grid' in the countryside, yet he is there for all of three minutes before he is back in the city. Once returned everyone acts like he has been gone for ages. Another is a subplot that has Evelyn wanting to go to Japan to do aid work for victims of the Fukushima disaster. She eventually does do this, yet again around three minutes is devoted to this section before she is suddenly back in America, and so seemed totally pointless. While the acting of the two leads is decent enough (O'Leary in particular really seemed into his part) some of the side characters have atrocious acting that detracts from what they are trying to do. A lady who appears later on was a prime example in that it seemed like she was literally reading her lines for the first time on camera. Whether it was down to a language barrier, I don't know, but what she was saying was important and so it sucks that didn't really come across.

Apocalypsis is an obvious low budget film, yet despite the flaws it has it never gets dull, and with the current Trump administration is coincidentally relevant. At times I may have wished for a reduction in quickly edited arthouse sequences, and more time devoted to telling a cohesive story, yet it manages to create a real mood successfully, and I did kinda live for the stop motion segments. Apocalypsis had its world premiere on March 2nd, then on March 20th this is released across America on Digital formats and on DVD thanks to Indican Pictures.