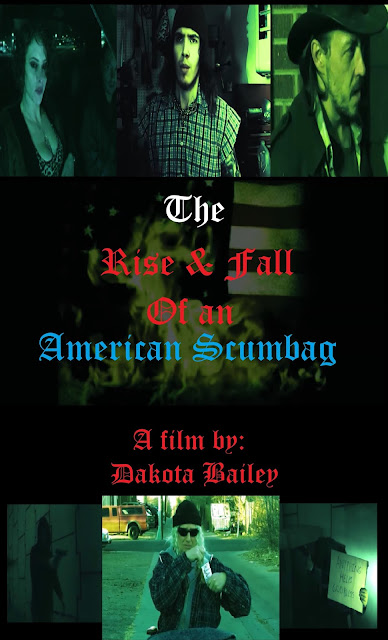 The Rise and Fall of An American Scumbag is the fourth feature length film from director Dakota Bailey (The Acid Sorcerer) who once again also wrote and acts in this. This is a sequel of sorts to 2016's American Scumbag as it features many of the same degenerate characters. As always this a world of crime, drugs and poverty inhabited by the lowest of the low. Also as is his style this is made up of a series of interconnected stories.

Sociopath Billy (Darien Fox) hatches a plan to kill his father for his life insurance policy, so that he and his girlfriend can leave town. Elsewhere drug kingpin Pat (Alaskan Cinder) has tasked drug addict hitman Johnny with solving a few problems she has been having with business. Then you have the homeless Vietnam veteran Wheeling Deals (L.B) who is looking to clean up the streets the only way he knows how. 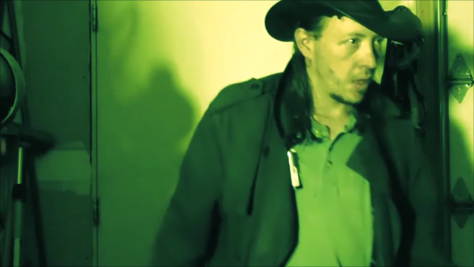 If you have seen any of Bailey's previous work then there won't be anything too surprising to discover here. For me it is always fun to see how his movies have improved over the years. While I didn't enjoy this as much as The Acid Sorcerer, in comparison to American Scumbag this feels more concentrated and less meandering. The best new addition to be found here are character monologues that play out over scenes. This helps to show the workings behind the nasty characters and adds more than scenes of dialogue ever could. While there are a few different stories going on it felt like Billy was the linchpin for this entry as he got a lot of screen time, and it could be said that the title specifically talks about him. There felt more of a plot this time around, it is simple for sure but for once this actually had a finale that felt like a traditional finale should, ramping up of events leading to a satisfying conclusion.

The sense of bleakness is once again shown well with locations used that are full of graffiti, scummy motel rooms and grim hideouts, as well as lots of drug use from the characters. The traditional random scenes of over the top cruelty feature as is always the way, these include this time the burning of a baby Jesus prop, the pointless murder of a beggar, and even running over a child's toy car. These moments never get dragged out too much, going back to American Scumbags there isn't anything as long winded as the skinning a rabbit scene there. At just under forty minutes I felt the reduced time helped make The Rise and Fall move along at a better pace with there not really being anything here that felt unneeded. 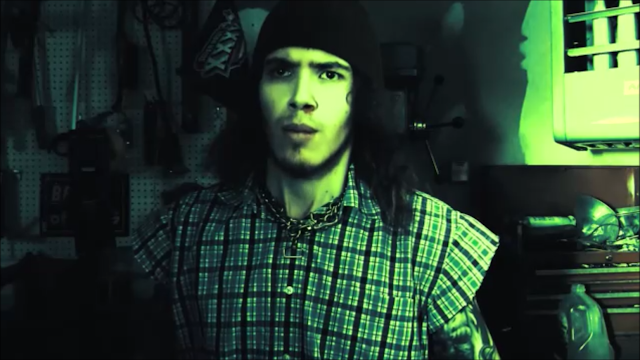 These are all mostly characters we have seen before and they all perform as expected. I thought both Bailey and Fox were great in their roles. Other characters were mostly fine with the acting passable but never really stuck in the mind too much, the character of Pat for instance didn't really do much at all to be memorable. The directing and editing can't be complained about either, the only issue I had was that some of the sound effects, gun shots in particular sounded a bit artificial.

I always seem to say the same thing when reviewing Bailey's work, that being that it really is not for everyone. However I have a soft spot for this type of movie making, I love the rawness and claustrophobic movements of these flawed characters, and the bizarre interconnected world they all live in. It may not have any surprises to it but it is testament to the ever building improvement in Baily's film making skills.