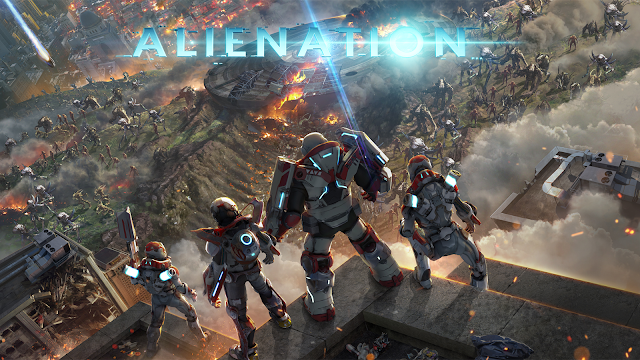 Alienation is an isometric twin stick shooter that felt very similar to Dead Nation, but with aliens instead of zombies. This may not be too surprising seeing as how both were made by the same developer: Housemarque.

This takes place in a world where aliens have secretly invaded and taken nearly complete control of the planet over several decades. The surviving army developed some special armour that was designed to make the wearer into a super soldier capable of surviving against the alien threat. With this new ability a group of four soldiers are tasked with exploring various locations around the globe in order to find a way for humanity to survive. 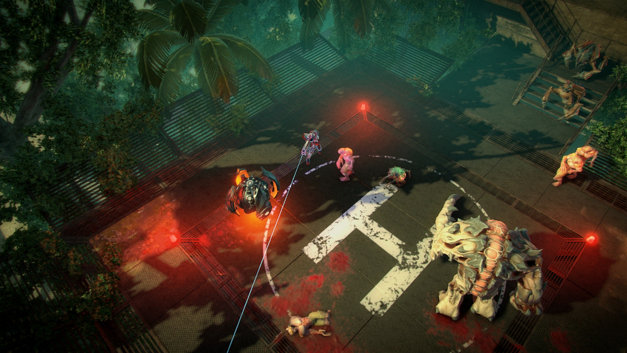 Where Dead Nation featured linear levels here instead you get huge open areas that are used for multiple missions. There are around six levels over the campaign, these include a Mexican naval base, a small American town, an Antarctic research base, as well as an alien ship. The levels are designed to look realistic with many of the locations featuring cars, buildings, trees and other such environmental detail that helps bring Alienation to life.

As one of three character classes (Bio Specialist, Saboteur, and Tank) you have various missions to complete each level, such as finding lost soldiers, blowing up force field generators, or destroying energy caches. Sure this mostly involves you heading towards the map objective shooting a load of stuff along the way but there is a lot of story given to you as radio transmissions. Most missions have you doing the objective then getting back to the helicopter pick up point. This was all grand except one frustrating mission where infinite spawning enemies attack you as you wait for a minute for the copter to arrive. Over the course of the game you shoot down alien spaceships and other such huge events, sadly though this is only ever inferred by radio transmissions. There are no cutscenes showing the events you are meant to be causing which was a shame. 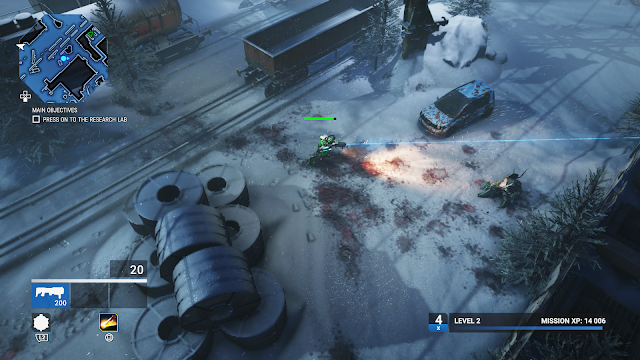 So this game has thousands of aliens to fight, humanoid zombie like creatures, large bugs, gun toting creatures, goliaths and much more. While the aliens all have a similar look to them they were distinctive enough to stand out from each other. You have access to three different weapon types, and as you kill enemies occasionally they will drop loot in the form of more powerful weapons and upgrade points. You also can unlock special powers, my class had the option of making acidic footprints, summoning huge nanobot drones, and the power to heal myself. You also have a dash move and melee, both of which are very useful. I played this mostly in single player but there is a great drop in drop out option so that often times random players would materialise into my game to help out. It was a lot of fun to never know when a helper was going to show up.

There are quite a few levels, in general they took around thirty minutes to complete each, I think my final play time was around six hours. The last level was really quite tough due to no check points, but it was satisfying to finish that on my own! At the time people said this was quite a bland game, but I disagree, it was a lot of fun just to switch off my brain and destroy alien legions, especially with the crisp clean graphics and nice effects. Alienation isn't going to blow your mind or change your life, but it is a nice little video game that is sure to be a blast with friends.