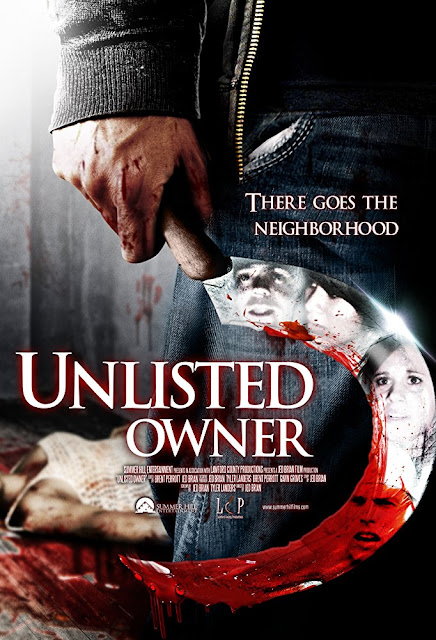 Unlisted Owner is a found footage made in Illinois, and one that very much falls into the old way of making these. This is the directorial debut of director Jed Brian, he also wrote, edited, produced and even acted in it as the primary camera holder. It was interesting to find out that this is the first film all the actors here have ever done apparently and that they are comprised of friends and family of Jed.

A family that have just moved into a house rumoured to have a dark past end up all dead. A group of friends on their way to a camping trip nearby decide to check out the place after hearing the news of the murders on the radio. These six friends include Jed (Brian) who has recently brought a new video camera, his girlfriend Andrea (Andrea Potts), Griffin (Griffin Groves) and his girlfriend Haidee (Haidee Corona), as well as the comedy duo of Gavin (Gavin Groves) and Tyler (Tyler Landers). Later that day the friends decide to head back to the house in order to get a look at the crime scene, a decision that may not be too wise... 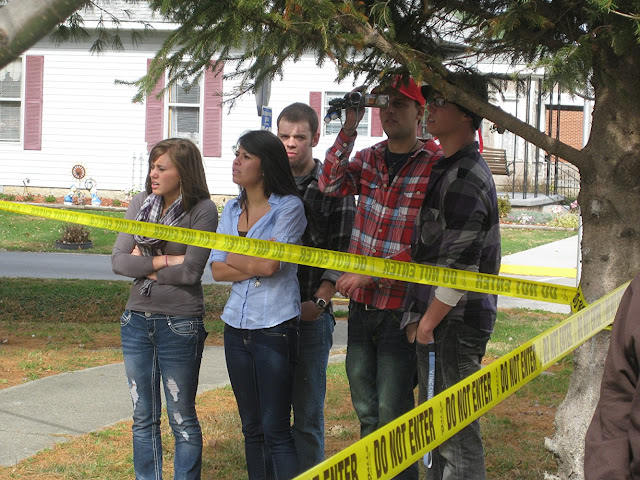 A lot of decisions made here do make a lot of sense due to being a first for so many of the actors, and for the director himself. The obviously limited budget lends itself well to the found footage genre, though because of this there isn't really anything that you haven't seen before. You get the usual shaky cam, camera glitches (which seemed pointless here), jump scares and hokey reasons for filming everything. The acting also isn't the best, saying that though, I don't know if this was filmed in chronological order but I felt like the acting actually improved as Unlisted Owner went on. I guess it makes it more natural if you call each other by your real names, and it helps a huge amount that they apparently know each other in real life due to the group seeming cohesive together on screen.

While this doesn't do much special I did actually find myself enjoying it enough, it never stunned me at any point, and added some little bits that I appreciated. Primarily there are two cameras being used to record the found footage (five in total including the side character parts), while it is a cliche to have the cameraman filming everything due to having a new toy I got on board with Jed doing this, especially due to all the complaining the pretty mean spirited duo of Gavin and Tyler that led to one laugh out loud moment for me. When the camera loses its host towards the end I did feel a little bit sorry for characters. I found Griffin filming stuff to make less sense, but it was interesting to see a few different other characters having their own little subplots. 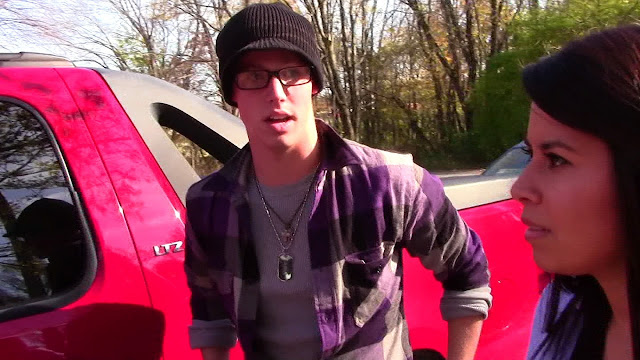 The film starts with the usual explanation that the events being shown have been edited together from found camera footage, then heads into traditional found footage of a family moving into a new home, though this came to an unexpected finish within five minutes. I would say for me this prologue felt a bit rushed, there was barely any development before skipping straight to the horror and so I didn't care for the situation. Then the horror stays away until forty five minutes later when the finale of the main storyline comes to an end. I did enjoy the finale, it may just be people vanishing one by one but I liked the way it was structured and had some pretty cool shots and managed to create a little feeling of unease which I appreciated. The epilogue takes place the following year (as stated in the text at the films start events took place on two totally separate days). I thought this epilogue wasn't needed at all, aside from a well filmed finish it didn't really add anything and felt a bit disjointed being so far apart from the rest of the film's events. Each time the camera goes to a different person recording you get a shot of a police board with details of which camera is being used, the date of the footage, and the person recording. This was a genius idea as made it easy to work out what was going on far more easily than when footage just keeps leaping around from person to person. The mid film police interview with a potential suspect was also a good idea as it set up story beats for what would happen to the group of friends.

That forty five minutes of downtime is when Unlisted Owner loses some momentum. The trip to the campsite was fine, as was the hi jinks of the group (well of Gavin and Tyler) once there, the whole scene revolving around setting the tents was pretty funny. It was good for setting up the group dynamic. But then we get a ten minute chunk of the characters driving around in the dark and moaning at each other, this got a little bit tedious and I was glad when they finally arrived at the house they had initially headed for, it seemed like the detour taken was just to fill running time as nothing whatsoever of note happened in this segment.

While Unlisted Owner does nothing to really stand out from the crowd it wasn't that bad a film and that was mainly due to the feeling of unity from the main cast members that helped elevate their acting higher than it would be had they not known each other in real life. While this is 76 minutes I feel like it may have benefited a little from being cut down a little bit. Saying that I thought the last twenty minutes was solid horror and effectively filmed, especially the clever way each of the characters vanish one by one. Despite being obvious in this type of genre it had some good moments, such as the camera battery running out at a key moment, the final (if predictable) shot and a reason for filming that just about holds up. Unlisted Owner came out on DVD and Amazon Streaming on November 14th last year.