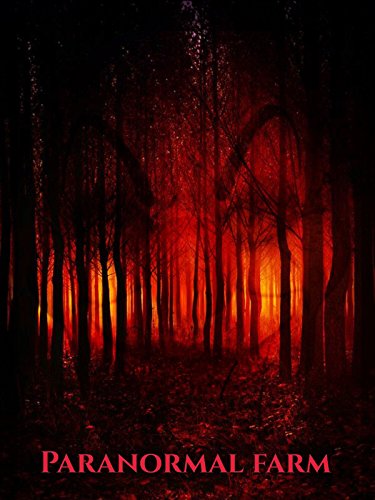 I am finally just about back on track after far too much time off from doing film review requests over the festive period. I like to go into films without any prior knowledge, it turns out English horror Paranormal Farm is quite a literal title as it is set on a farm where ghostly things have been going on. This is a found footage horror, but thankfully comes from the more recent trend of having legitimate believable performances. While this is not without its faults the indie nature of how this was created is really quite impressive.

Writer and director Carl Medland (The Spiritualist) stars as Carl; a paranormal investigator who has responded to an ad in a paper to explore the spooky goings on at the farm of Lucy (Lucy French) and her husband Darren (Darren Earl Williams). His aim is to spend the night alone in the farmhouse of the couple in order to find out if the paranormal activities reported are real, and if they are connected to the couple's daughter; Jessica, who went missing some years previously in the area. Carl discovers not everything is as it should be... 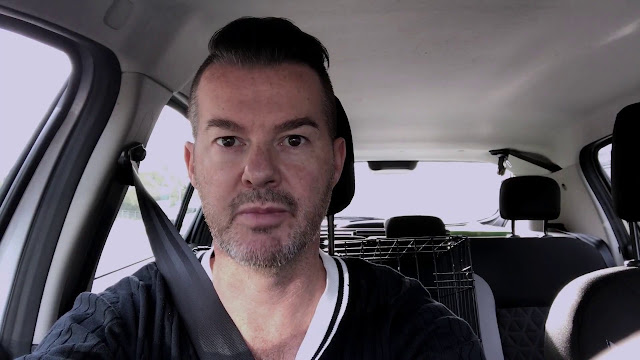 I love the indie sensibilities of this movie, IMDB reports this has a budget of just £200, apparently the entire film was shot over just one weekend, and it was all filmed on an iPhone, to my knowledge only the second film I have seen that was recorded on a phone (found footage The Break-In being the other one). Despite following the current trend of awesome main lead performances (more on that later) this goes right back to The Blair Witch Project in how it was planned, with real Carl having a rough outline of what was going to happen, but then pretty much ad-libbing all his lines, and having crew create scares around him that he wasn't aware of, in order to get real responses.

It is the acting of the three main cast members that really sold this for me, I was keeping an eye on the run time to see when the illusion of this being real was broken, it was an impressive 35 minutes into the 80 minute film when it became apparent this wasn't real, though it was broken by a funny 'dogging' false scare. I was very impressed both with Carl, Lucy and Darren, around 95% of their performance felt so real. It helps that Lucy and Darren I believe actually are farmers, and that the property was actually theirs in real life. The early scenes of the three riding around on a truck across fields while dogs ran alongside the vehicle gave me nostalgic feelings of visiting my Uncle and Aunt's farm as a child. The acting was so believable that I did think at some points that the farmers were in real life people who had lost a daughter and that real life Carl was exploiting their loss in order to make a horror film! Apparently a lot of their dialogue was actually real with only certain parts of what they say being fed to them. 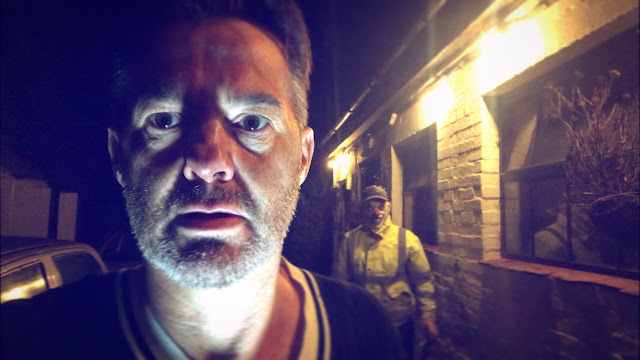 It is sometimes this adherence to reality that perversely sometimes makes Paranormal Farm less scary, especially the scenes where it is Carl alone in the farmhouse where the old trick of items being moved around off camera, or sudden random noises are used. I found the element of trying to contact this dead girl to be at odds with the more physical horror that seemed to be unfolding around Carl. No matter how many times scary physical things are witnessed (such as a masked figure standing at the window) he keeps going back to the supernatural aspect and ignoring this more real horror, almost like two different types of sub genres were butting heads rather than melding together smoothly. You could say this was kind of in Carl's character though, he gets completely out of his depth, yet keeps trying to fit in the job he was asked to do, maybe due to it only being his second case. The character grasps at straws quite a lot and I found a few of the paranormal investigation scenes to be a little silly, such as when there is some sort of animal bone on the ground that vaguely looks like an 'A' that Carl takes to be a message from Jessica. In general though his inexperience led to some funny moments as he is constantly questioning why he has decided to be there. The other horror aspect of the movie was far more interesting, there was a The Wicker Man vibe going on at times with the people he interacts with seeming to secretly know more than they are letting on, and I loved the use of dummies that I always expected to suddenly move. The two disparate threads kind of  get tied loosely together in a finale that was a nice idea, and had some nice moments (such as the car scene) but was let down a bit by one dodgy looking prop, and a fake looking costume, though thinking on it the fake costume could be intentional to dig deep into the slight Deliverance vibe .

Paranormal Farm isn't the most thrill packed horror out there, but it was entertaining, more due to its craft than anything. It is testament to Medland just how impressive an experience this was considering the very indie stylings of it. The performances of the three main actors are very very good indeed and that adds so much to the film, it elevates it from the dense layer of awful found footage horrors out there. Paranormal Farm was released in the UK and US on Amazon Prime towards the end of last year.