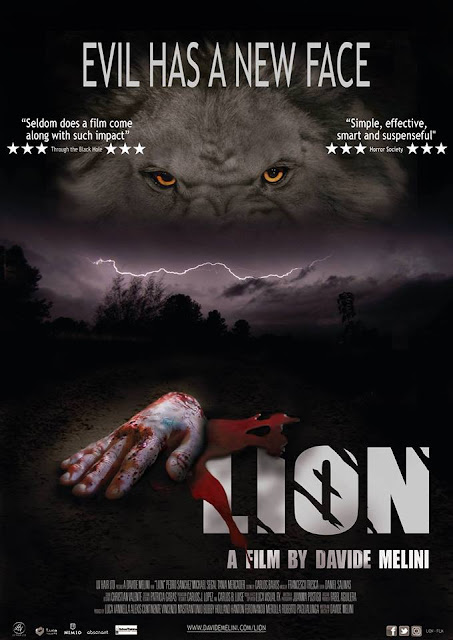 The award winning (has currently won 64 of them) Lion is the latest short film from Davide Melini (The Puzzle, The Sweet Hand of the White Rose) who both wrote and directed this ten minute horror piece. I mentioned this back in May of last year so it was a pleasure to finally get to see it. It does something a little different with respect to the horror, both in terms of the message it tells (even ending with a message from children's charity Unicef) and in the focus of the threat (of which the clue may very well be in the title).

This takes place at a remote woodland homestead where the abusive Jeff (Michael Segal - Anger of the Dead) drinks beer in the front room, watching TV, while his wife Amanda (Tania Mercader) is in the kitchen, and child Leon (Pedro Sanchez) complete with fresh bruises on his face lays in bed upstairs. The child wishes for help, and it seems his prayers are answered when the nature documentary Jeff is watching suddenly becomes a lot more realistic... 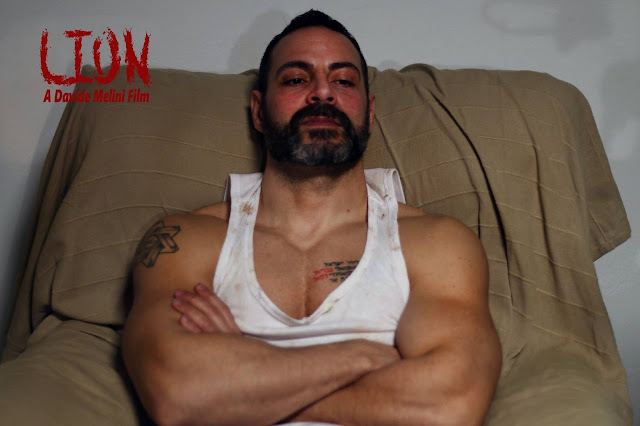 Lion has almost the feel of a fairy tale with the mellow soundtrack and the repeated images of a remote home in the middle of a snowstorm. It is a story of justice, though one tinged with an aspect of sadness, not just because there is an abused child at the forefront of the story, but because he is shown to be obsessed with lions and so the justice that occurs could well be all in his head. At ten minutes there is no room for padding out and so events move at a pace that is steady with everything having meaning.

To be honest I was a bit wary about how a lion would be shown, I really hoped there wouldn't be awful CGI to show a lion in a house, thankfully that is not the route gone for with the creature showing up in several shots close up or partially glimpsed, I liked the initial reveal of the horror in particular with a great face off between the lion approaching the front of the TV screen in a style similar to Sadako from Ringu and the increasingly furious Jeff who drunkenly shouts at the screen after the remote stops working. The effects in general were good, the setting and the snow on the window looked CGI, but helped with the fairy-tale feel, while there is a great looking severed appendage at one point.

Lion is a simple story but one that is filmed well and uses something not often seen in films in general. While a lot of what happens is left up to the viewers imagination this doesn't detract from the piece, or the message it is giving out. Worth a watch if you get the chance.