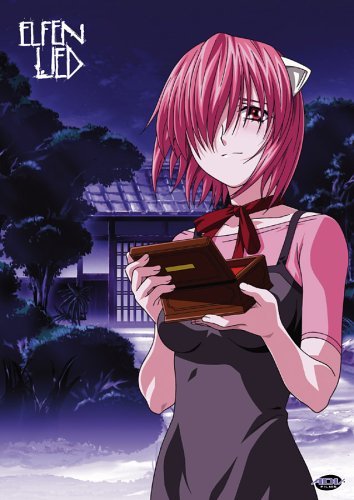 My best friend has been on at me for years to give Japanese anime Elfen Lied a watch, so as a kind of self serving Christmas present to her I binge watched it over the course of a week. I've been sat on this post for a while as it was a 'break glass in case of emergency' kind of thing and after an exhausting day in my day job the time is ripe. This is a horror that is based on the manga of the same name and ran for 13 episodes, it could be said to be quite bleak and depressing covering some nasty topics and featuring a lot of extreme violence.

Lucy; a deadly human mutant (known as a Diclonius) escapes the secure facility she had been kept prisoner in for several years, butchering many of the staff and guards along the way due to several invisible long limbs (known as 'vectors') she possesses. However just as she is escaping she is shot in the head with the resulting trauma creating a split personality. A teenage boy Kouta and his cousin Yuka discover her washed up on a beach at a nearby town and take her home, Lucy's split personality manifests as a mentally disabled girl barely capable of speech, who they name Nyu. Desperate to stop Lucy the facility sends out various groups including a task force, a ruthless mercenary, and other Diclonius in order to try and kill her, all of which is unknown to her new personalities innocent new friends. 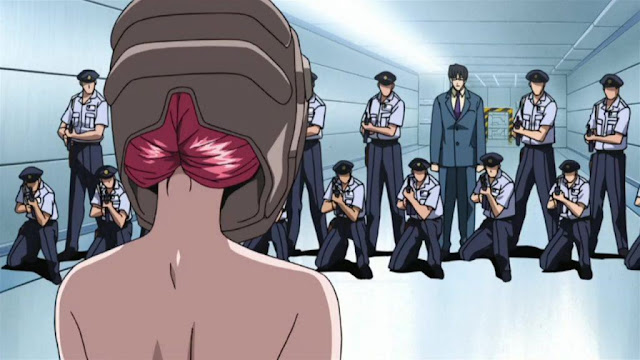 Elfen Lied gets off to a fantastic start, the initial escape from the facility is amazing with blood shed and mayhem setting up the tone of the show. Blood is in high abundance, as is extreme violence against everyone. Innocents don't escape here with graphic murders of both men, women, and even children by the Dicloniuns, even I was shocked to see a child get ripped in half with her spine visible out her body! These scenes are so cool and fun to watch (within the scope of the show of course) it makes for some really exciting scenes of horror in a kind of Carrie type way. It also helps neuter the antagonists as they are mostly awful human beings who do truly awful things (such as one who is tasked with killing newborn babies who exhibit signs of the mutation within them) yet looking objectively trying to stop a mass murderer whose DNA calls for her to kill all humans is not an evil act per se.

Characters are where this anime is at its best and at its worse. The villains (aside from Director Kakuzawa who is an almost pantomime bad guy) have aspects both good and bad to their personalities. Maybe the best being the soldier Bando who is a complete piece of scum morally who lives only to kill, yet he firmly believes in repaying debts to anyone who he sees as having done him a favour. The Dicloniuns are also great characters with Lucy/Nyu being the most interesting in that her tortured past gives a little bit of leeway for why she is like she is. The good characters however are the least interesting, not least of all the soppy duo of Kouta and Yuka who I couldn't care about at all. I found the 'kissing cousins' storyline to be a bit off putting, while Kouta is a complete wet blanket whose defining trait is that he's nice, and seems to have frustrating selective amnesia for convenient story reasons. Admittedly with Kouta he has a fantastic tragic back story, this part of the anime was perhaps my favourite segment. 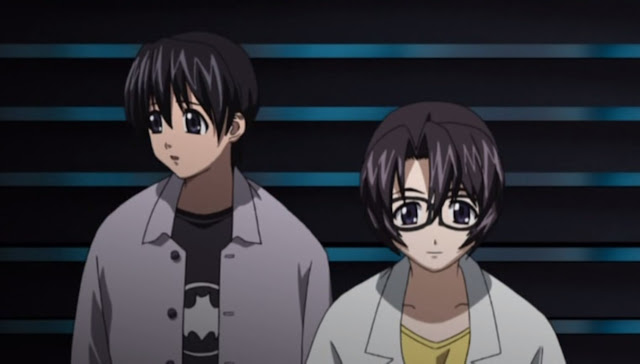 I liked Elfen Lied, it is quite sad and depressing though and so I was constantly uneasy about the nastiness that was sure to come to characters in the future. Aside from many scenes of over the top violence there are also many elements of real world horror such as sexual and mental abuse, torture and animal cruelty which can make it a bit hard to watch at times. On the other side of that this can fall into that curious part of Japanese media where females get overly sexualised and end up in scenes where they are accidentally or purposely groped for comic means (see also Seven Deadly Sins). There is also quite a bit of female nudity on show here, including that of children, of course it is all done in animation.

For me the split between action scenes and sentimental scenes was skewed a bit too much towards the later for me, I would say about 40% of this is brutal fights and rampages with the remaining 60% revolving around the interactions between the good characters. It does get emotional at times and I found myself welling up a bit towards the end which shows this does make you care about characters. The 13 episodes are well paced with plenty of flashback sequences mixed in to keep things feeling fresh throughout. It ends on a high with most the plot threads tied up (though in terms of the manga this is only about half the story). 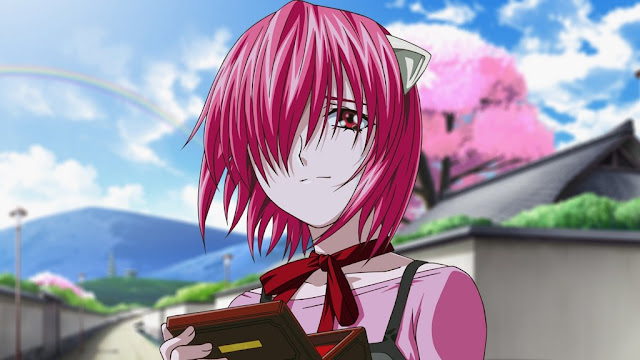 Elfen Lied is really quite depressing but it feels fresh with it's focus on characters rather than huge events. I found myself liking this quite a lot, it certainly gives you the 'feels' but I wouldn't go so far as to say I loved this. For all the awesome action scenes it still remains that the very first five minutes of the first episode displays this show at its finest. I can totally see why people (including my best friend) would love this though. The show can currently be seen on Netflix, though only with a dubbed version that is a fine enough quality.