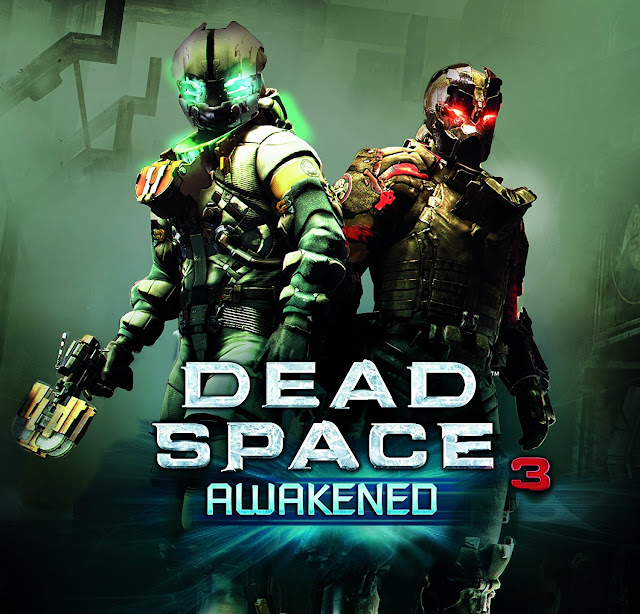 The whole reason I decided to finally tackle Dead Space 3 after so many years was due to a friend going on about how good the DLC was for it. Awakened contains within it the true ending of the Dead Space franchise, I guess originally it was meant to lead the way to a fourth installment. While I enjoyed my time with this playable epilogue I was a bit disappointed to find out how short it was, and how it was happy to recycle locations from the main game. There will be spoilers for Dead Space 3, unavoidable when talking about this.

Isaac Clarke and John Carver somehow survived the events that resulted in the ice planet Tau Volantis seemingly falling apart. The two find themselves on a race to find a spaceship to escape from the surface, but with the Unitologist army having the same idea transport is becoming scarce. To make matters worse destroying the necromoon didn't end the necromorph threat, as before it passed it was able to make contact with other necromoons all over the universe that now have their sights set on Earth... 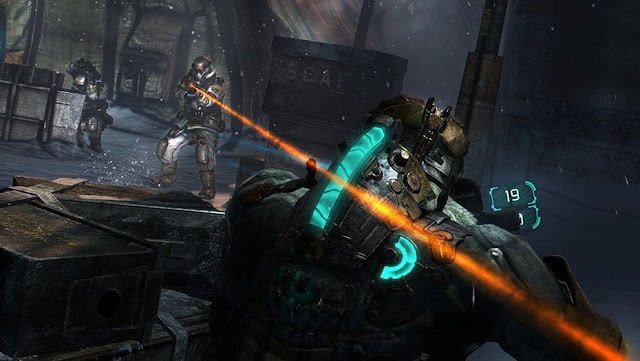 It was only once I started this DLC that I realised the insanity elements of Dead Space 1 and 2 had been nowhere to be found in Dead Space 3. Awakened more than makes up for this though as from start to finish it is full to bursting with Isaac hallucinating. I loved how this started with the threat of the monsters seemingly over, it led to a great moment when the two characters realise the nightmare is not yet over. I was reminded of Alan Wake's DLC in that all the areas you go to are taken from the main game, but with some amendments to them. The ice planet section seemed partly to have some new areas, but once you get into space you head straight to a ship that you explored already in one of the optional missions of the main game. It was nicely populated with a crazed cult though, another part of the original game I had forgotten about.

A lot of the enemies you face here appear as hallucinations that are still very much a threat but has you wondering just what is real and what is fake. It brought to mind the fantastic first mission of on-rails shooter Dead Space: Extraction where you discover at the end of the level that you had been killing defenceless humans and not monsters as they had appeared. These enemies include baby necromorphs last seen in Dead Space 2, so that was a nice bonus. Here you get a series of boss battles against the leader of an even more radical splinter group of the Unitologists that appeared once the necromoon died. He appears time and time again to hound you, as well as appears in flashbacks detailing the sadism that tore the surviving soldiers apart. You also get to fight Carver which was nice (as I think his character sucks), again in a battle that takes place as a hallucination. To be fair I liked Carver a lot more here, or rather the game actually treated him as an actual character rather than a bland second player placeholder. There was some great dialogue, my favourite being (paraphrasing) "Isaac when people hear voices in their head they are going crazy. You are going f*cking crazy, now go get that machine part so we can get out of here before it's too late". 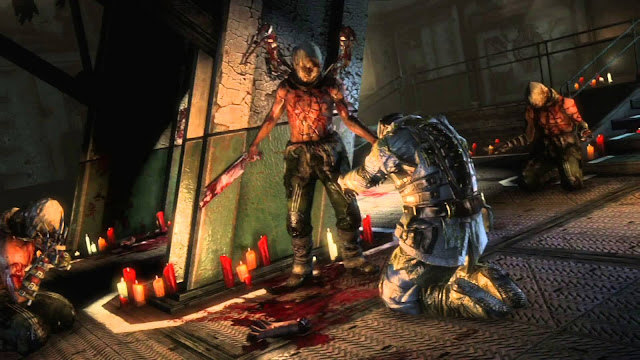 Awakened only lasts for around 90 minutes, I had hoped for two or three hours at least so wasn't impressed with that. However while it is mainly business as usual you do get to do some stuff that felt different, such as fighting enemies in the midst of a huge blizzard, and an impressive looking finale that had you powering up a huge reactor that was spewing out deadly radiation everywhere. While the main game ended on a cliffhanger here there is even more of one, setting up events for a game that will never come, instead it acts as a bleak finish to a dark and moody series that would be original if it were not nearly identical to the Mass Effect Reaper storyline (literally nearly identical!).

I did like playing this DLC, however the short length and the recycled areas means that I can't rate it too highly. I liked that your upgrades and weapons carried over from the main game, though this did mean it was very easy to do. Thank the gods though that this DLC is a huge improvement over Dead Space 2: Severed, as that was absolute tosh.

Posted by Daniel Simmonds at 14:32