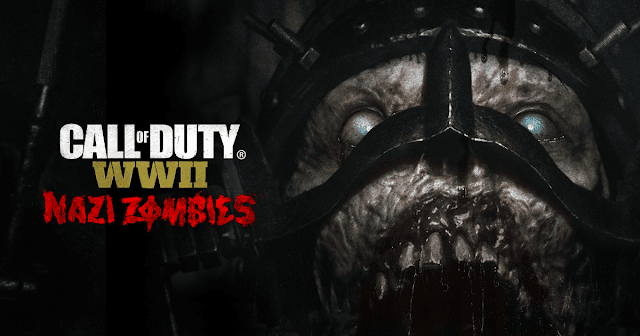 As always November saw the release of the latest instalment of Call of Duty, and as nearly always there was a zombie based game mode included with it. Nazi Zombies was designed to be scary, so at complete odds with Call of Duty: Infinite Warfare's bright and colourful Zombies mode.

I was immediately impressed in that before you can play the game proper you have to play a tutorial that takes place as a neat little single player mission. You play as one of four characters: Austrian engineer Marie Fischer (Katheryn Winnick - The Dark Tower), Scottish ex-art thief Drostan Hynd (David Tennant - Doctor Who, Jessica Jones), French Resistance fighter Olivia Durant (Elodie Yung - Gods of Egypt), and USA captain Jefferson Potts (Ving Rhames - Dawn of the Dead, Day of the Dead). The foursome have been tasked with heading to Fischer's hometown village of Mittelburg in Bavaria in order to retrieve lost artifacts stolen by the Nazis for experimentation, also for Fischer her brother Klaus was the one who alerted the allies to this as he had been forced to work with the Nazis, and so she hopes to rescue him. The train the group are riding into town on is attacked by a huge monster and so they get briefly separated before arriving at the village square where they discover the place over run by the living dead... 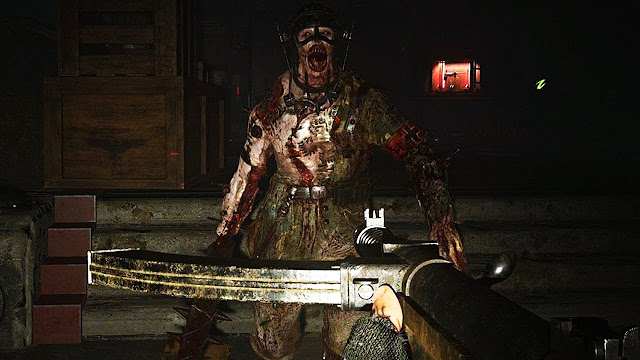 There are two maps that are included with the base game of WWII. The main one is titled The Final Reich, this takes place in Mittelburg and includes both the village streets as well as sewers, and a huge Nazi bunker. This does things slightly different to other Zombies modes. First of all like Exo Zombies in Call of Duty: Advanced Warfare you have no boards to repair on windows, it felt less strange this time around and so I didn't mind this omission. The second change I noticed was that there is a time out stage in between rounds, you will have around 20 seconds with no zombies spawning which is nice for a little breather, though special enemy types will still be here during this time. The best thing about this new mode is the Easter egg quest. In all previous games this process of 'completing' a map was behind the scenes, the game gave you no indication of what you should be doing and in what order to get the ending cutscene. Here though this is brought right into the forefront with the next step in the quest always in the top left hand corner of the screen. I loved that there is more sign posting this time around, especially as this was about the first Zombies map I have ever completed (I.E: got the end cutscene). The steps have you doing various things such as flipping switches, killing set number of zombies by special points, constructing an electricity gun, and shooting huge batteries off a Nazi blimp flying over head.

So this has been designed to be more scary and it does succeed in that regard. This was made by many of the people who worked on the Dead Space series at it shows by the amount of dark locations that are perfect for the undead to skulk around in. The lighting is great for these areas and adds a great deal of atmosphere. The game has a habit of spawning enemies directly behind you and so there are a lot of jump scares caused used for this method. The enemies are mostly zombies that have all sorts of metal implements stuck in them. The special round features weak but fast undead that can be identified by the sound of buzzing flies around them, while super zombies appear as slow but heavily armoured giant beings, and a huge beast with a huge flame thrower as a weapon that is quite relentless in chasing you down. It all culminates in a boss fight against a gigantic monstrosity made up of many different corpses stitched together. 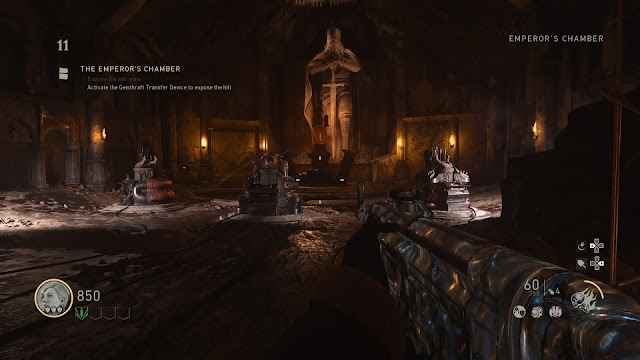 Most the weapons you have access to are pretty standard for Zombies. As well as the assortment of World War II weapons you have the electricity gun mentioned earlier, while exploding Jack in the Boxes replace Monkey Bombs. I did like that as you level up you get access to different choices for your starting weapon. Also cool is that you are always armed with a shovel that can kill zombies in one hit (by severing the head no less!), the downside being it takes a few seconds to do this and so you may get attacked if anyone is nearby. Also something totally new is that there are four classes to choose from, each having different special abilities. Offense grants you infinite ammo for a limited time, Support makes all zombies head towards you but also gives you double damage, Control is able to stun all enemies in a radius around you, while Medic has the ability to become invisible to zombies.

Once the main map is completed you get access to a much smaller map Grosten Haus that takes place in the house from the prologue mission, was a nice bonus though. It took a while but I got on board eventually with Nazi Zombies, as usual it has the problem of lasting for hours if you do well and so can be a bit of a time sink, but I love that it has its own levelling up system, and I enjoyed the more realistic looking setting. Next map The Darkest Shore is out on PS4 on January 30th and so I look forward to that!
Posted by Daniel Simmonds at 14:40