Call of Duty: Infinite Warfare Zombies Mode 'The Beast from Beyond' (2017) - Thoughts on the final Zombies map 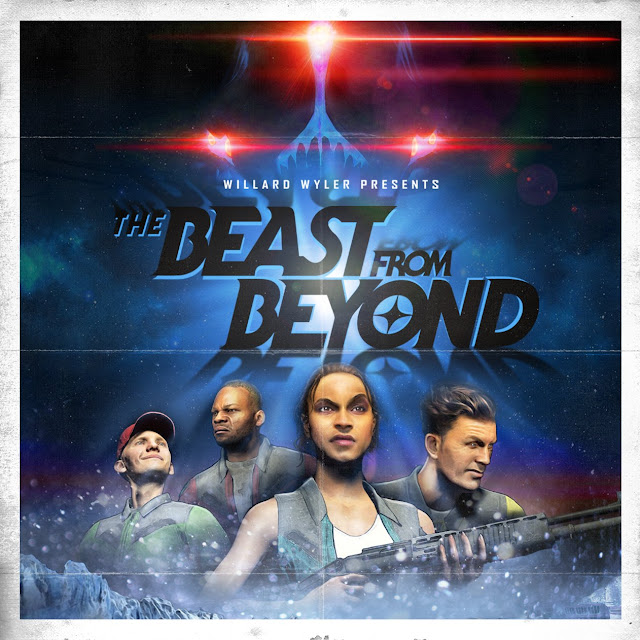 It has been so long now that it hardly seems worth even mentioning the final map for Call of Duty: Infinite Warfare 'Zombies' mode. However I do intend to do a blog post on the Call of Duty: World War II 'Nazi Zombies' mode and so I felt I needed to get some closure by wrapping up this games DLC. The Beast from Beyond is the fifth and final map, following on as it does from Zombies in Spaceland, Rave in the Redwoods, Shaolin Shuffle, and Attack of the Radioactive Thing.

This continues the story of four unfortunate actors finding themselves trapped in the films of director Willard White. This time around they find themselves trapped in a desolate military station on a far away ice planet. However in a move that reminded me a bit of Call of Duty: Black Ops III 'Revelations' you get to also go to quite a familiar place. You unlock a portal that allows you to travel to the cinema from which you were banished at the very start of the story, here you can fight around the cinema, as well as go to the 'real' version of the Afterlife Arcade. Initially I thought this extra area was from Shaolin Shuffle and so got excited to visit the other settings, but no, it just looks like that place. 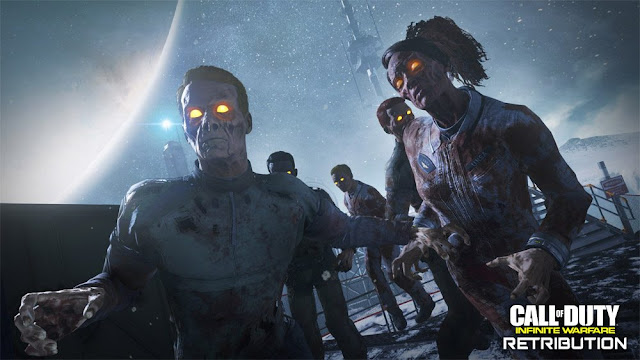 Me and my best friend had a baptism by fire playing this. Rather than zombies you start the level fighting off alien creatures straight from Extinction (which was the Call of Duty: Ghosts sci-fi flavoured extra mode). These aliens were frustratingly tough to kill, even when this map starts you with an assault rifle rather than a pistol. We both detested the lack of zombies and were quite ready to give up on this for good. However after doing the equivalent of turning on the power the undead finally make their appearance, with the aliens coming back as special enemies. It was interesting that the special round zombies are made up from ones of a few different maps. You have the exploding clowns from Zombies in Spaceland, the aliens from this map, as well as the Kung-Fu zombies from Shaolin Shuffle.

What I like about this map is that there are some pretty open areas making it easy to manage the undead hordes. I also like the sci-fi setting that set itself apart from the other maps, though it never rivals Rave in the Redwoods that is one of my favourite Zombies maps from any of the games. What I didn't like, aside from the map starting with aliens is that there is no licensed music, but then it had been on a steady decline since Rave. Also I thought the costumes the characters wear were all a bit bland and samey looking. I didn't play enough of this map to get a good feel for what the Easter egg on it was, to be fair I still haven't had a decent amount of time spent here. 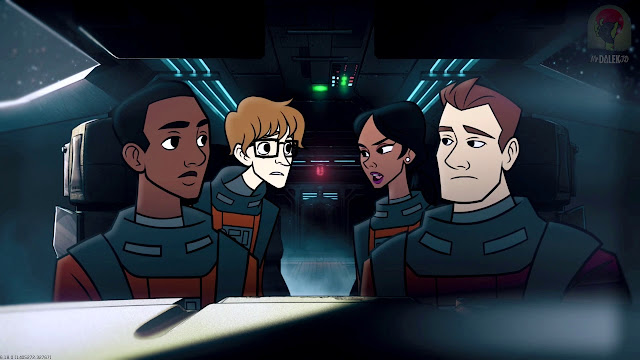 For those who don't go in Infinite Warfare 'Zombies' much there is actually a mode on there now where you get to fight the bosses from each of the maps. This includes the secret boss for The Beast from Beyond that has you fighting a gigantic Satan. Overall this map was a good end to what has been quite a decent spin on the Zombies formula. I really liked the more light hearted tone with these maps and if they ever decide to bring it back in a future instalment I will be on board.
Posted by Daniel Simmonds at 09:15