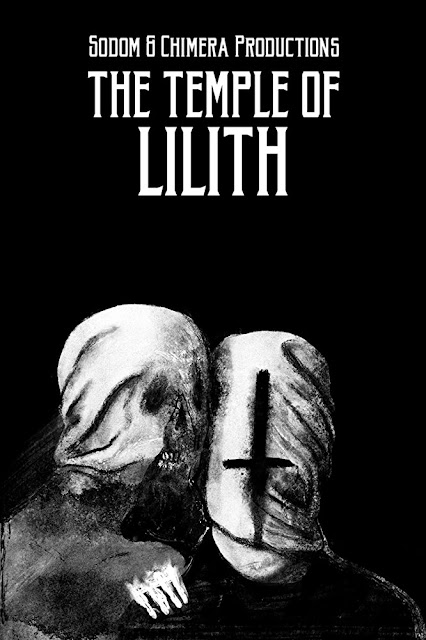 The Temple of Lilith is a short 3 minute long film that in itself is a companion piece to Sulphur for Leviathan that is another short (13 minutes in length) that is due for release next year. Both these films are from Sodom & Chimera Productions that I first heard of when I saw the trailer for Flesh of the Void. This, like that is directed and written by James Quinn.

This is an arthouse film that is quite abstract in what it shows. It went over my head a bit, was only the end credits where the characters were named that I realised how abstract this actually was. Lilith (Suicide Girl Hex Suicide in her first ever film role) enslaves Christianity (Blade Amodio) and joins up with Baphomet (Justin Ewing). 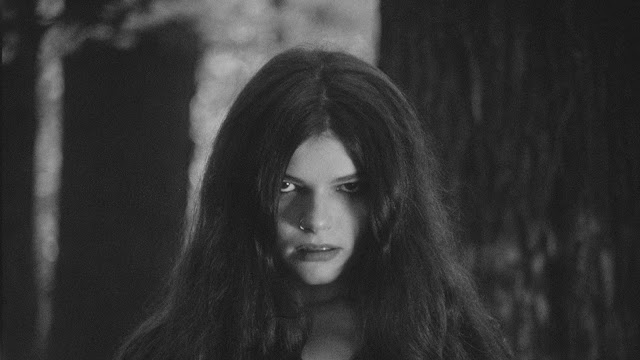 I really liked this, this is the kind of arthouse I can get behind. This was filmed on 16mm and the grainy look reminded me of those cool creepy home made videos in Sinister. The best thing about this was the easy on the eye Hex Suicide who just looks the part so well, she seems a part of this bizarre world, the camera just compliments her look and she has a nice range of unsettling smiles. The other characters also please with some nice designs to their costumes. The score is by Musica No Grata and was also pretty excellent and very fitting, though I didn't really think much of the Doom Metal song that ends this. Still this has made me interested for Sulphur for Leviathan, Quinn does the type of arthouse that it seems I can get on board with.